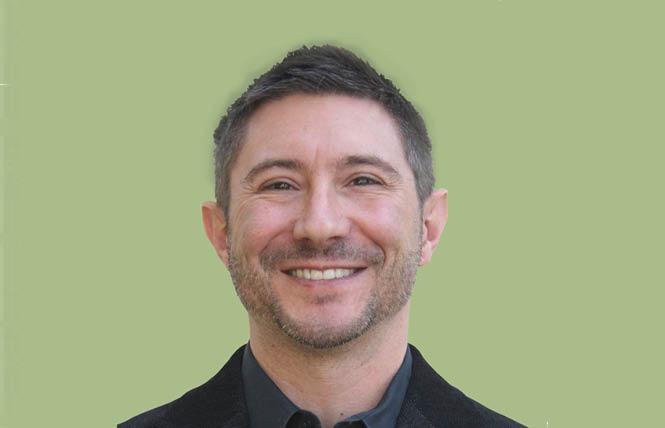 Project Inform, one of the nation's longest-running HIV education and advocacy organizations, has terminated its staff and is likely to cease operations, the Bay Area Reporter has learned.

In an announcement to be released Friday (March 15), former staff members said that "[d]espite the continued success and evolution of our work in HIV and hepatitis C virus — two of the most stigmatizing diseases in the United States — we have not been able to successfully navigate the current funding environment."

Although ex-staffers were reluctant to discuss details, the change appears to have come about abruptly and with little advance notice to employees. The staff announcement was not distributed through official organization channels and the Project Inform website makes no mention of it (as of March 15). The B.A.R. has not yet been able to reach board members for comment.

The recently dismissed staff have largely taken a positive tone in their comments.

"We are so pleased to have had the chance to work together to contribute to Project Inform's legacy of achievements over the last three decades," said David Evans, a gay man, HIV educator, and advocate with the organization since 1991. He took on the position of interim executive director after the departure of Dana Van Gorder last June.

Longtime staffer Anne Donnelly praised organizations and individuals the agency has worked with.

"We know that Project Inform's accomplishments would not be possible without the extraordinary partners we've had the honor to work with, who've included fellow advocates, educators, providers, volunteers, donors, decision makers and, of course, people living with and at risk for HIV and HCV," Donnelly, who led Project Inform's health care policy advocacy work for more than 30 years, said.

A legacy of advocacy
Project Inform was started by Martin Delaney and Joe Brewer in 1984, a time when the AIDS epidemic was ravaging the San Francisco gay community. There was only a rudimentary understanding of how the disease spread, a test for the newly identified virus had not yet been developed, and there were no effective treatments. The antiretroviral cocktails that would turn the epidemic around in the mid-1990s were still a decade away.

Project Inform brought HIV- and AIDS-related issues to the attention of public policy makers and the public, lobbied for an aggressive program of scientific and medical research, and encouraged regulatory agencies to speed the approval of new medications. It also provided information for people living with HIV/AIDS and HCV before the internet made a huge difference in how news is disseminated.

The staff announcement acknowledged the tremendous advances over the past three decades — gains that ultimately have contributed to the demise of several HIV and hepatitis C education and advocacy efforts as the sense of urgency waned and funding sources dried up.

"Above all, the millions of pieces of print and electronic publications we've offered people freely, the videos we've disseminated, and the hundreds of thousands of hours spent counseling individuals on the phone or by chat have helped ensure that people know about these facts and can use them to positively impact their own lives and the lives of the people they love or provide care for," the announcement continued. "When an organization touches so many lives around the globe for so many years, it is impossible to assess its legacy. We trust, however, that Project Inform's legacy will resound for years to come and influence our own work and that of countless others who have dedicated so much and continue to do so."

Brenda Lein, a former director of Project Inform's Information and Advocacy Department and a long-time friend of Delaney, took a more critical tone.

"This is not how Martin Delaney would want to see Project Inform closing its door — indeed, he would have been profoundly disappointed," Lein told the B.A.R. "He would have wanted this day to arrive differently, in celebration of everything that has been accomplished and with a plan for the future. Instead we arrive here because of missed opportunities for many years. There is work left to do. AIDS is not over. There is still no cure for HIV. Martin Delaney's memory lives on in the work that remains."