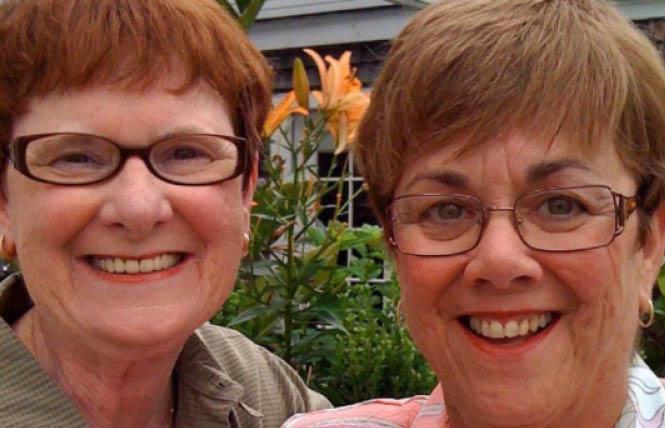 A residence for seniors in Illinois has agreed to settle its disagreement with a lesbian who successfully sued the facility for taking no action to stop anti-LGBT abuse against her by other residents. But in Missouri, a national LGBT litigation group filed an appeal this month after a federal judge ruled that a similar residence in Missouri could reject applicants for admission because they are a same-sex married couple.

Both cases sought protection under the federal Fair Housing Act, although each involved a different argument under that law. Together, they illustrate the unpredictable terrain ahead for LGBT people who seek accommodation in senior living residences equipped to meet their needs as they age.

In Illinois, 70-year-old Marsha Wetzel moved into the Glen St. Andrew Living Community just north of Chicago in 2014, after her partner of 30 years died and her partner's family took possession of the couple's house and other assets. When other residents at Glen St. Andrew began asking Wetzel about her background, she answered them honestly, noting that her partner had been a woman.

Soon, other residents began abusing Wetzel, repeatedly calling her a "fucking dyke," "fucking faggot," and "homosexual bitch." One resident threatened to "rip [her] tits off." Someone hit her in the back of the head and called her a "homo" while she was in the mailroom. When Wetzel sought help from Glen St. Andrew staff, they responded by characterizing the incidents as accidents and calling Wetzel a liar. The staff also moved Wetzel's dining location to a less desirable spot, barred her from the lobby, and stopped cleaning her room. One staffer slapped her.

In Missouri, Mary Walsh, 72, and Bev Nance, 68, had been together for 37 years, had obtained a marriage license in Massachusetts in 2009, and were allowed to put down a deposit and get on a waiting list to move to the Friendship Village senior living community in St. Louis. But when an admissions staffer determined they were a lesbian couple, the facility withdrew its acceptance and said it did not recognize any marriage beyond "the union of one man and one woman, as marriage is understood in the Bible." This was in 2016, more than a year after the U.S. Supreme Court struck down state laws banning recognition of marriages for same-sex couples. But the facility said its policy was to operate the community "in accordance with biblical principles and sincerely-held religious standards," though it did not explain who held these standards.

As the National Center for Lesbian Rights pointed out in its lawsuit for Walsh and Nance, the Friendship Village is not affiliated in any way with any religion.

In Illinois, Lambda Legal Defense and Education Fund successfully sued on behalf of Wetzel. A three-judge panel of the 7th U.S. Circuit Court of Appeals ruled last August that the federal Fair Housing Act holds a landlord liable when the landlord has "actual notice of tenant-on-tenant harassment based on a protected status, yet chooses not to take any reasonable steps within its control to stop the harassment." Glen St. Andrew at first appealed the ruling to the U.S. Supreme Court, but on February 12, the senior facility and Wetzel filed a brief to the Supreme Court, saying they had reached a "settlement to the mutual satisfaction of all parties."

Attorneys for both sides declined to explain what the settlement included.

"What I can tell you is that the matter has been resolved to the mutual satisfaction of the parties," said Karen Loewy of Lambda Legal, a national LGBT litigation group. Loewy said Wetzel is no longer living at the Glen St. Andrew residence.

The 7th Circuit's opinion in Wetzel, noted Loewy, turned on the issue of whether the Fair Housing Act can hold a landlord liable for tenant-on-tenant harassment.

In Missouri, the issue was whether the Fair Housing Act prohibits discrimination against LGBT people.

In the Missouri case, U.S. District Court Judge Jean Hamilton (appointed by Republican President George H.W. Bush) ruled January 16, "Sexual orientation is not explicitly a protected characteristic" under the Fair Housing Act and that the discrimination Walsh and Nance experienced was based on sexual orientation, not sex. In a confounding sentence, Hamilton wrote, "At no time do [Walsh and Nance] assert that had they been men involved in a same-sex relationship or marriage, they would have been admitted as residents in Friendship Village." Therefore, she said, the discrimination was based on sexual orientation, not sex.

NCLR did argue, however, that if one of the women had been a man, they would have been admitted to Friendship Village. And NCLR filed notice that it will appeal the decision to the 7th Circuit.

The Fair Housing Act prohibits discrimination "against any person in the terms, conditions, or privileges of sale or rental of a dwelling, or in the provision of services or facilities in connection therewith, because of race, color, religion, sex, familial status, or national origin." It also makes it illegal "to coerce, intimidate, threaten, or interfere with any person in the exercise or enjoyment of ... any right granted or protected" by the FHA.

Even though the FHA does not explicitly include "sexual orientation" as a form of discrimination prohibited, the 7th Circuit ruled in 2017 that sexual orientation is a prohibited form of discrimination under another federal law: Title VII of the Civil Rights Act. Attorneys for the lesbian couple could cite that ruling, in Hively v. Ivy Tech, to urge the court to come to a similar conclusion with the Fair Housing Act. However, subsequent to that decision, President Donald Trump has added four new judges to that 11-member bench.

A 2016 report from the Williams Institute, an LGBT think tank at the UCLA School of Law, estimated there are 2.4 million LGBT people over the age of 50 in the United States and that the number would double by 2030.

NCLR attorney Julie Wilensky, who represents the Missouri couple, noted that a recent study using "testers" to apply for admission to senior housing found that 48 percent of older same-sex couples were subjected to discrimination. The study was conducted by the Equal Rights Center, a national nonprofit civil rights group headquartered in Washington, D.C.