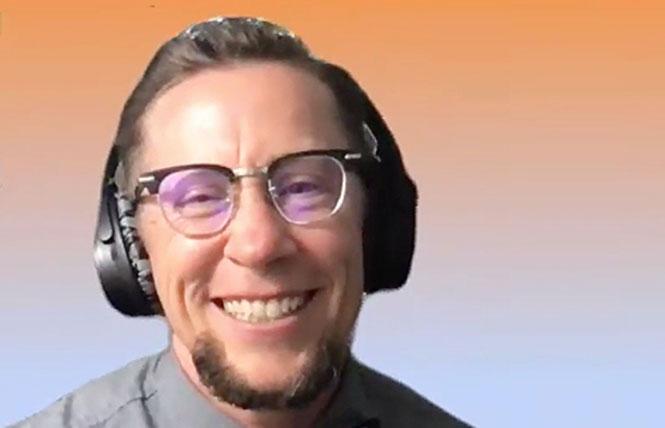 The National LGBT Cancer Network has released results from the largest-ever survey of lesbian, gay, bisexual, transgender, queer, intersex, and other sexual and gender minority people with cancer. Based on more than 2,700 responses, the report highlights some of the unique challenges this community faces as they seek cancer care.

"It's important to study cancer in LGBTQI people because not only do we have higher risk factors for cancer, but also there's still too much discrimination embedded in the medical system," National LGBT Cancer Network Executive Director Scout, Ph.D. (who goes by one name) told the Bay Area Reporter. The network estimates that 40% of LGBTQ people will face a cancer diagnosis in their lifetime.

"OUT: The National Cancer Survey" was conducted between September 2020 and March 2021. The web-based survey, available in English or Spanish, was promoted via social media and through collaborations with community organizations. Highlights were shared during a webinar June 30.

A majority (60%) identified as men, 32% as women, 3% as transgender, and 4% as genderqueer, gender-nonconforming, or nonbinary, under a heading reading "gender identity." More than half (56%) said they were gay, 25% identified as lesbian, 4% as bisexual, 2% as pansexual, 2% as queer and 1% as asexual. The report does not say how many people were living with HIV, which is a risk factor for some types of cancer.

Despite efforts to reach out to people of color, respondents were mostly white (85%), followed by Latino (6%), multiracial (4%), and Black (3%). The population was highly educated, with most having a college or graduate degree, and almost all had health insurance, so they were not representative of the queer community as a whole.

Good news but room for improvement
The findings included the good news that 89% of respondents found the environment at their cancer treatment center welcoming and 87% felt safe disclosing their sexual orientation or gender identity. Most said their primary care providers and nurses offered culturally competent care. But welcoming care was not always easy to find. Many respondents relied on referrals from other queer cancer survivors or visited multiple providers before they found appropriate care. Only 13% said that they were able to find resources about being an LGBTQI person with cancer.

"This survey has some really positive news, for example that many people can get to welcoming cancer care," Scout said. "It also has some very clear areas where the health care industry needs to listen and act, for example how frequently [LGBTQI] people want tailored resources and how often we can't find any."

Suggestions for creating an affirming environment included asking and using preferred pronouns, providing gender-neutral bathrooms, recognizing that all genders can get all types of cancer, and not making assumptions about people's support systems. "Trans men don't necessarily feel comfortable getting a mammogram at a Pepto Bismol-pink office," lymphoma survivor Maria LaMonica said during the webinar.

"Systems are not set up to handle different gender identities, and until they are, it will be a struggle for those of us who don't fit in the box we were assigned at birth," said webinar speaker Caroline Vahrenkamp, who said that she identified as a straight cisgender male when she was diagnosed with cancer six years ago. But she added that she would not have had the courage to transition if she hadn't had cancer. "Sometimes it's kind of a wake-up call that gets you going in the right direction," she said.

Bill Jesdale, Ph.D., a gay man and testicular cancer survivor, described how lessons learned from his earlier AIDS activism helped him get better cancer care. "I learned to fight back against unjust treatment and learned we are our own experts," he said. "Never be afraid to ask for what you need and never put up with care that isn't safe and respectful."

One key message of the survey is that LGBTQ people often have alternative social support structures, and they may rely more on friends, chosen family, and tribes than on legal spouses or biological family members. Asked about their primary support people, 64% of respondents said friends, 59% said current partners, 38% said siblings, 29% said parents, and 15% said former partners.

"Your emergency contact isn't necessarily the person who supports you every single day," said Dr. Don Dizon of Brown University, a medical oncologist who is gay himself. "We need to help clinicians understand the concept of tribe and get away from the idea that your spouse is the only person they will talk to."

Scout said that the survey would be used to inform the network's provider trainings and educational resources for community members. "The fact that more cancer centers are reaching out for training and to do community engagement gives me hope," he said.