Transmissions: One joke too many 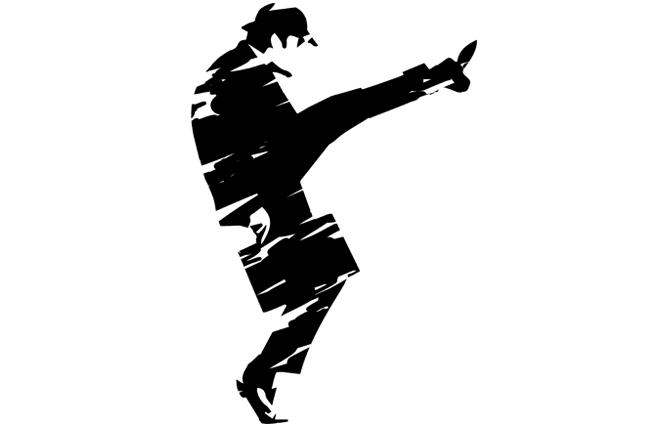 In the early 1980s, a friend of mine let me borrow a vinyl record of theirs: the "Original Motion Picture Soundtrack for Monty Python's Life of Brian." While it featured but two songs, it largely consisted of recordings of most of the major skits in the film, stitched together with some witty banter from an announcer more or less filling in the bits between them.

While most people became Monty Python fans from the movie "Monty Python and the Holy Grail," or from various sketches on the old "Monty Python Flying Circus" episodes — where a generation of nerds like me learned about the Spanish Inquisition, dead parrots, and silly walks — it was the "Life of Brian" soundtrack that kicked off a multiple decade fandom.

I've watched all the films, of course, and started my own small collection of Monty Python albums. The "Flying Circus" episodes were long-since viewed, and led me to branch into other properties, like the "Fawlty Towers" TV series featuring ex-Python member John Cleese. Monty Python's decidedly offbeat brand of comedy has been something more than a fandom, being part of the basis of my own sense of humor.

I'm hardly alone in my interest. Monty Python has been deeply influential, with many of the skits being quoted regularly today. Some, I might argue, are a sort of currency, serving as the passcodes into a nerdy in-group.

The members of Monty Python, in the decades since the group was formed, have been outspoken, turning their satiric comedy against political figures and movements. Not every time have the targets been ones with which I agree, such as Python cartoonist and, later, successful independent director Terry Gilliam, who opted to stand against the #MeToo movement, arguing in the Independent (U.K.) that "white males" are being blamed for everything.

At first explaining it, the above is called, in some trans circles, "the one joke." It's a reference to the fact that people who try to make a joke at transgender people's expense tend to make some claim of identifying as something potentially outlandish as a way of mocking transgender people's gender identity. It's also usually accompanied with feigned shock for "assuming their gender" or whatnot.

I should add that Gilliam also made that one joke during his aforementioned rants about #MeToo, saying he identifies as, "a melanin-light male."

In the furor that followed Cleese's comments, he sort of backtracked, saying on Twitter that he is "not that interested" in transgender people, and that he hopes we're happy and that we are treated kindly.

Initially, I was a bit surprised to hear of Cleese's views. Typically, it seemed that Monty Python and later projects were well aimed, skewering many who, frankly, may have deserved to be lambasted. Then I thought back to that album — and the movie — that started me into Monty Python fandom.

On it is a sketch called "Stan Called Loretta," whose titular character is part of an anti-Roman movement known as the People's Front of Judea. The group, which bumbles its way through a number of typical revolutionary tropes, ends up championing Loretta's "right to have babies" as part of its grievances against Rome. Of note, it is the group's leader, Reg — played by Cleese — who argues against Loretta's choice to self-identify as a woman, claiming it is part of Loretta's "struggle against reality."

The movie was released in 1979 with writing starting three years prior, and one may be tempted to argue that it is simply a product of its time. Yet two years before the movie hit theaters, Renée Richards made worldwide headlines after a judge declared her female in a ruling against the United States Tennis Association. Likewise, the late trans woman Jan Morris' autobiography, "Conundrum," was still fresh on U.K. minds, and trans issues were making more than a few headlines at the time the movie premiered.

So, it would seem that Cleese is — decades later — a parody of one of his Python-era characters when it comes to trans issues, the same way his xenophobia around Brexit sounds much like the rantings of his Basil Fawlty character. Perhaps his "straight man" of all those years ago was simply Cleese being Cleese, and not the broad, comedic character we thought it was.

Further, perhaps Monty Python, for me, is yet another fandom that I must find myself setting aside, much like many others are reconsidering their Harry Potter novels and DVDs, or the dilemma many of my friends are facing over "The Mandalorian" employing two actors for its second season with a history of transphobic actions. (As the Beat reports, Gina Carano has made transphobic jokes on Twitter and a trans man who had done work as a handyman filed suit against Rosario Dawson's family alleging transphobic assault and abuse.)

I am not sure there are good answers but right now I feel as if there is no more fandom for me that feels like home. That parrot is may well be dead, and there won't be any more silly walks for a while.