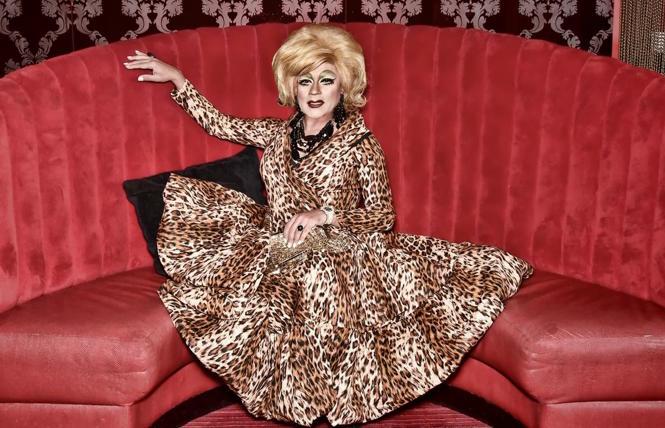 Local nightlife icon and community organizer Juanita MORE! this week announced her candidacy to run for Empress of The Imperial Council of San Francisco, one of the world's oldest and respected LGBTQ organizations in the world. If elected, MORE! would become the 56th Empress.

Juanita has been an active member of our community as a drag queen, mother, political activist, and philanthropist for the past 30 years. In a Bay Area Reporter interview, MORE! was asked who some of her favorite previous Empresses are.

"They have all served the Court with such grace," said MORE! "There are, of course, some that have done some pretty amazing things. Absolute Empress X Doris rode an elephant down Polk Street in 1975 for SF Pride [then-named Gay Freedom Day], and Absolute Empress V Willis is the longest-reigning Empress!

"But, it's Jose Sarria, Absolute Empress 1 de San Francisco, who stands out as my favorite. When it was illegal to be gay, Jose started to build community and empower people to come together and stand proud and fight for their rights."

To date, at gala benefits, DJed dance parties and drag shows, MORE! has helped to raise over $900,000 for local charities.

Asked how an Imperial position can continue to deal with current and future fundraising needs, MORE! said, "There is still so much our community needs. Since I started drag, I ran on a motto of being great for making something out of nothing. I'm going to figure out the future of fundraising!"

As a mother of the House of MORE!, and to a generation of LGBTQ folk, Juanita has not only hosted a wide range of much-missed nightlife events like Beatpig and PowerBlouse, the drag makeovers at The Powerhouse. She's worked closely with many San Francisco leaders and activists to bring people together and make a positive change in our community. 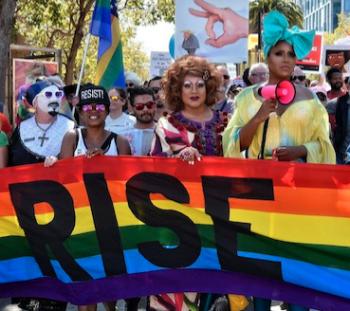 Juanita MORE! with Honey Mahogany and others at the June 2020 march  (Source:Gooch)

A recent example is a march quickly organized in June 2020 with Alex U. Inn and other activists. At The People's March and Rally: Unite to Fight, thousands of demonstrators citywide marched in solidarity with the Black Lives Matter movement.

Asked if other potential candidates might be daunted by running against such an accomplished leader, MORE! mentioned Ehra Amaya, who is also running for the position of Empress. Amaya was Imperial Crown Princess in 2017, and Miss GAPA 2017-2018. Look for our interview with Amaya in our next issue.

"One of her main goals is to share her knowledge with the community," said MORE! She wants everyone to understand that they are essential and that, together, we can survive and preserve our community, history, and legacy. I think that's awesome."

MORE! added that her longtime friend, drag performer and couture designer Mr. David Glamamore, is running unopposed for Emperor, "but he still needs to collect 51% of the votes. It is going to be an exciting race."

One of the videos on MORE!'s YouTube channel includes a number set to the song "Never Make a Move Too Soon." I asked her if that could be a reflection of why she chose to run for Empress now after all these years.

MORE! replied, "There have been times in the past when I have been asked to run for Empress. When I looked at the Emperor and Empress calendars, they were jam-packed throughout the entire year, and so was mine!

"A few months ago, I got to sit down and watch 50 Years of Fabulous, the documentary on the Imperial Council of San Francisco. It was an eye-opening look into its history. As the film approached the 50th anniversary, the prospects of the organization surviving were slim. I was moved by that thought and decided to take the leap and throw my wig into the ring. The Imperial Council is the oldest LGBTQ non-profit in the world. It must survive."

Voting takes place April 17. While voting station locations are still being finalized, expect there to be stations in the Castro, SOMA and the Tenderloin. 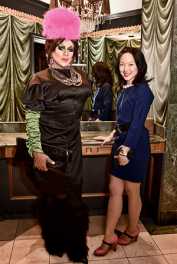