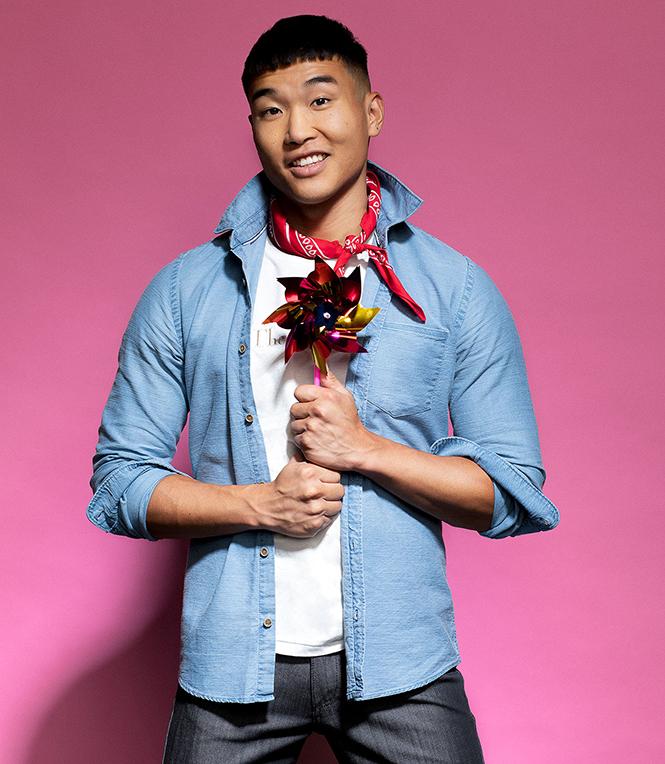 "It was an interesting thing growing up with this face in an all white family in an all-white town," noted Joel Kim Booster in a 2018 Comedy Central stand-up set. Then Booster, 31, who was born in South Korea and brought to Illinois by his adoptive parents as an infant, takes his joke in an unexpected direction, explaining that "I literally knew I was gay before I was Asian." 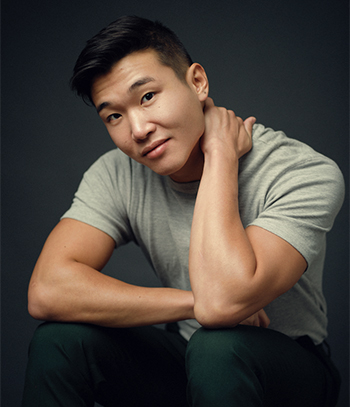 Comedy was a detour for Booster, too. During high school and at the church-affiliated Milliken University, Booster explained in a phone interview with the Bay Area Reporter, "I was focused on acting. I must have done around 40 productions. I did a lot of classic American musicals and I did a lot of Shakespeare. I was always being cast in the young, male ingenue parts. The whole reason I started doing stand-up was that I wanted a chance to do more diverse material."

After honing his comedic chops in Chicago while working as a copywriter, Booster moved to New York in 2014 where, while continuing to build his stand-up audience, he was quickly recognized for his writing skills. He's been part of the writers' room for Netflix's raunchy animated teen sex series, Big Mouth, TBS' Search Party and The Other Two, Comedy Central's sly sit-com about the adult siblings of a Bieberesque teen idol. He's also had the chance to zig-zag back to acting, including appearing on Hulu's Aidy Bryant hit, Shrill (Booster played the boyfriend of John Cameron Mitchell). 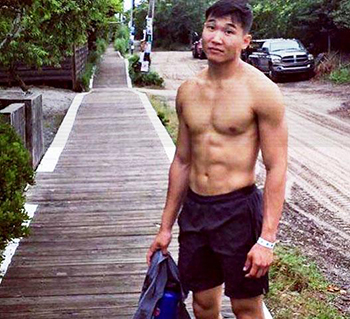 But Booster's most fascinating recent acting gig has been his least recognized and most moving.

In the subtly stunning narrative fiction podcast, Moonface, he plays Paul, a 27-year-old Korean American man who immigrated to California as a child and still lives with his mother in a working-class neighborhood. Drawn from the life of its writer and producer James Kim, the podcast has Booster playing a role that listeners unfamiliar with his work may presume aligns with his own distinctly different biography.

"As a kid, I really didn't think of myself as Asian-American," says Booster. "I never felt quite at home around my white friends, but when I met kids who grew up in Asian-American families, I didn't really connect with them either." 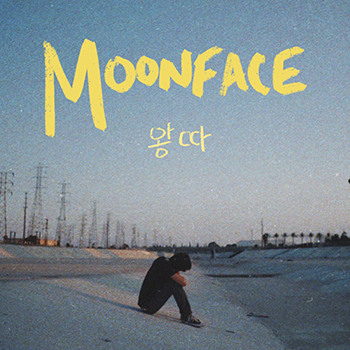 To this day, he has never sat down to a meal with a multi-generational Asian-American family and experienced the shared dynamic that informs comics including Margaret Cho, Awkwafina and Jo Koy. "I'm not connected with an immigrant experience," Booster explains.

"It wasn't really until I moved to New York that I really spent much time with Asian Americans. And that was mainly through the queer scene. Most of my Asian friends are queer. And most of them are not close to their families.

We're creating something for ourselves. I've been thinking a lot about what Asian-American culture is for us, something that's not about the specifics of Korean, or Japanese or Chinese culture. Its very interesting and I can't quite pinpoint it."

Booster's inclination to roll things over in his mind, approaching often clichéd comedy topics like race and sexuality from unexpected directions, adds a layer of compelling complexity to his stand-up. His sets are boffo beverage-through-nostril funny but also rich in self-conscious subtext for those who choose to take notice.

As he puts it himself: "I'm a real smart fucker."