Alysha Umphress: the politics of performing 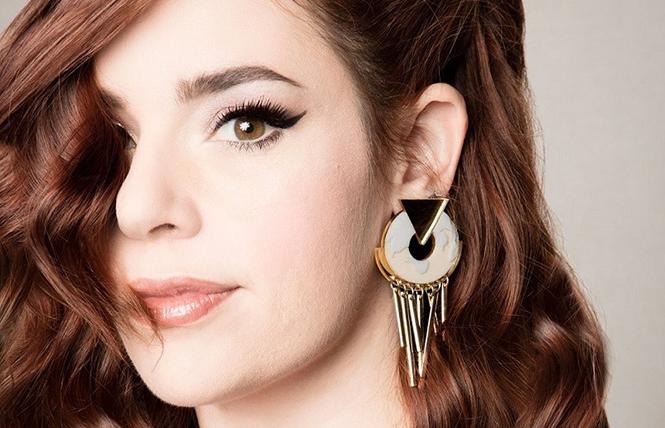 Singer-actress Alysha Umphress, who plays Feinstein's at the Nikko on April 12 and 13, remembers the exact date that she flew to San Francisco for her first gig at the club: It was November 8, 2016.

"When I got on the plane in New York, it felt like everything was in the bag," recalls the actress-singer, who grew up in the Bay Area and currently lives on the Upper East Side. "I figured that maybe even by the time we landed, Hillary would be president."

In fact, by the time her father picked her up at San Francisco Airport, and they were driving to a no-longer celebratory dinner, the name of Umphress' all-time favorite Chinese, restaurant —Eric's, in Noe Valley— took on less appetizing connotations than usual. The orange tint of her go-to dish —"I'm not usually a General Tso's person, but theirs is lighter than air. I'm an evangelist!"— was newly problematic.

"We went home to my dad's house, I took a Xanax and went right to bed," Umphress recalled in an interview with the Bay Area Reporter. "The next morning, I woke up really sick. It was like him winning the presidency made me sick. From Wednesday until the weekend, when I had to get up for my show, I was in bed convalescing."

While her recovery from that particular ailment continues its painstaking course, the Ruth Asawa School of the Arts alumnus has rallied around her work, including assembling her new cabaret act, a mix of jazz, show tunes and a surprising arrangement of the chart-topping 1972 pop song "Brandy."

A veteran of Broadway productions including American Idiot, Priscilla Queen of the Desert and On The Town, Umphress has spent much of the Trump administration thus far in workshop and development productions, including the Dallas world premiere of Douglas Carter Beane's Broadway-aimed Hood: The Robin Hood Musical.

"The majority of my work since On the Town has been working on new musicals," said Umphress. "If you're fortunate as an actor, a decision you often face is whether to originate a character in the out-of-town run of a promising new show that might or might not ultimately get to New York, or to be cast as a principal replacement in a long-running Broadway hit. The money is better and the work is more stable on Broadway, but for me, unless I'm offered a role of a lifetime as a replacement, I'm going to take the show where I get to help create a character from scratch."

Umphress is also more than happy to play herself, drawing on a broad repertoire of favorite songs in concert and cabaret performances. A few weeks back, she performed in a Palm Springs concert tribute to Carol Channing, then quickly returned to New York, where she was booked to do "If I Were A Boy," in a Broadway Sings Beyoncé gig. 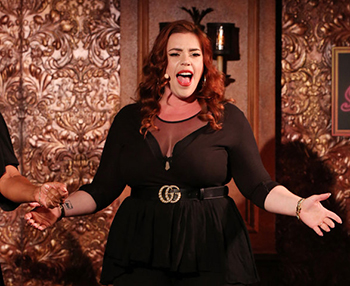 In the past, the full-figured Umphress says that being herself has held its challenges. "Every time I didn't get a part, I would feel like it was because I wasn't thin enough. I'm an actor and I'm a woman, so that's my Achilles heel; it's a demon that I always battle."

Recently though, emboldened in the current political era, Umphress fought the demon on a battlefield outside of her own head.

While performing in last year's hit Off-Broadway revival of Smokey Joe's Café, Umphress was singled out in a review by New York Times critic Laura Hughes, who wrote, "Umphress is bigger than the other women onstage and the costume designer, Alejo Vietti, doesn't seem to have known how to work with that..."

"I read it," Umphress recalls, "and it just blindsided me. It had nothing to do with my performance."

Responding via Instagram, Umphress, who is married to former Broadway dancer Cody Williams, wrote, "It's shocking to see a woman...body shame an actress...Her wording wasn't constructive. It was full on mean girl. It's 2018. We should be celebrating women's diversity in the arts."

"In retrospect I'm glad it happened," Umphress now says of the review and her decision to clap back. In addition to an outpouring of supportive response from her theater peers, "I got literally hundreds of emails from girls and guys who have been picked on for looking like me."

The time is coming, one hopes, when both the body politic and the politics of the body will let everyone eat their General Tso's Chicken in peace.