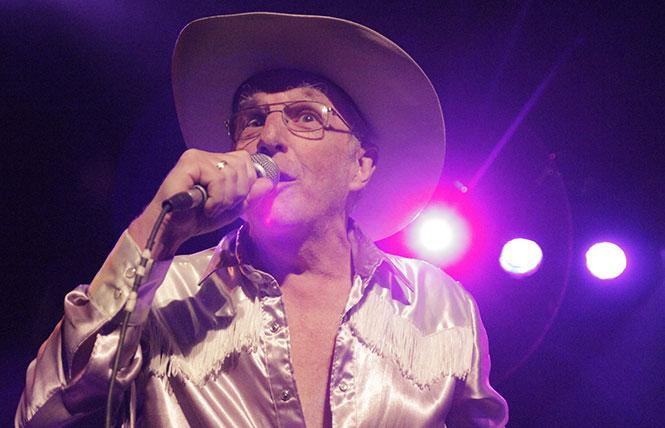 1973 saw the release of Lavender Country, the first gay country album. The album was produced by Seattle-based Patrick Haggerty, a gay man who describes himself as a die-hard fan of country music, and a socialist. It was an underground album. Only 1,000 copies were produced on vinyl and sold through Fag Rag, an early gay publication. When the album sold out, Lavender Country disbanded for forty years. 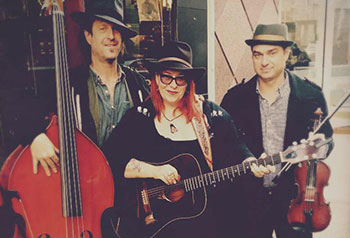 On November 18, the now-revived band will perform at Queer Country Showcase, a country music concert at the Ivy Room in Albany. The evening will also include performances by Velvetta, a band that features vocalists Leigh Crow and Ruby Vixen, who also cohost the Oasis drag king show Dandy. Velvetta describes itself as "purveyors of country cheese."

For Haggerty, his return to the stage came as a complete surprise.

"Someone put my song 'Cryin' These Cocksucker Tears,' the song that sank Lavender Country, on You Tube," Haggerty said in an interview with the Bay Area Reporter. "A music aficionado in Chicago named Jeremy Cargill went to Ebay and found an old vinyl, so Lavender Country fell on new ears. Jeremy realized what it was, raw, gutsy and gritty music from the Stonewall era."

Cargill took the album to Paradise of Bachelors, a small independent record label. 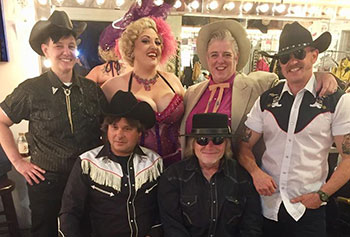 "They offered me a contract to reissue Lavender Country in 2014," Haggerty said. "I'm finishing a second album now, all the good stuff that I've written but never used before."

When he appears at the Ivy Room, Haggerty will be performing songs from both albums.

"A lot of the set will be original Lavender Country stuff," he said. "One song, called 'Gay Bar Blues,' was going to be on the original album, but will be on the new album. We'll be doing it at The Ivy Room."

Farm Livin'
From an early age, Haggerty was destined to be a country musician. He was raised in Dry Creek, a rural town in Washington State, situated on the Canadian border. His father, Charles Haggerty, was a tenant dairy farmer.

"I had a fun childhood," Haggerty recalls. "I was a popular kid. My biggest childhood complaint was the hard farm labor."

In spite of the town's redneck environment, Haggerty said that he was loved and supported by his dad. 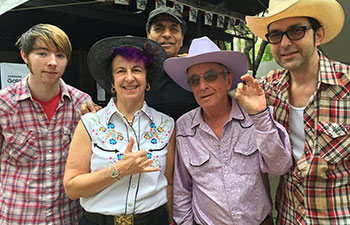 "My father led the pack on how to deal with me," he said. "By 1950, when I was six he was clear on what he had on his hands. I was femme in a butch world. He was well-seasoned as a parent by the time he got to me. I'm sixth out of eleven children, so he felt it was his responsibility to love whatever child he had. My father imbued me with self-confidence and pride as a sissy. He was a saint disguised as a bumpkin but I didn't realize that until he was years in his grave."

It was during his childhood that Haggerty discovered country music.

"My environment led me to country," he said. "It was all over the radio, that was all there was. I cut my teeth on it."

"I wrote the world's first gay country album because my dad said I could," Haggerty said. "I didn't fall off a turnip truck. I'm standing on my father's shoulders."

But Lavender Country proved to be both a blessing and a curse.

"Making Lavender Country made me poisoned in the business for forty years," he said. "No one in the industry wanted to touch me. I did various things over the years. I have a degree in social work and I worked for the Seattle Human Rights Department, doing discrimination investigation."

Now, at age 74, Haggerty is living in a small town near Seattle, singing to old people in senior homes and enjoying the revival of Lavender Country. He expressed his hope for what the audience will take away from his show at the Ivy Room.