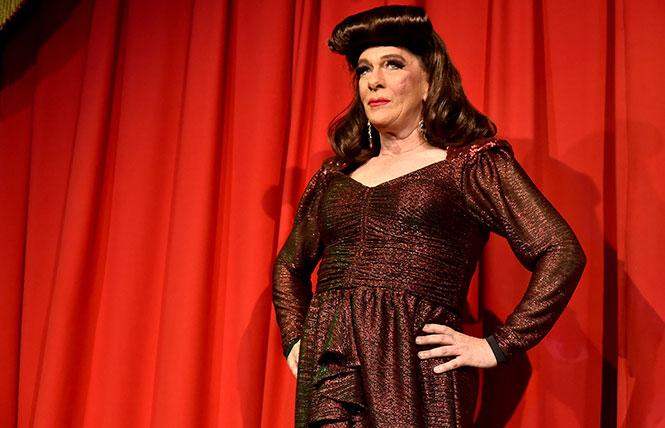 Popular drag artist Matthew Martin begins a three-night engagement at Oasis on July 26. Best known for his tongue-in-cheek homages to the classic leading ladies of Hollywood, Martin describes the new show as a mash-up of his greatest hits.

"I'm doing a tribute to those legendary ladies of the silver screen," Martin tells Bay Area Reporter. "Bette Davis, Joan Crawford, Peggy Lee, Katharine Hepburn; the show is a collage of all the ladies who have inspired me personally. Then I'll come out as myself and put on my tap shoes."

Martin is quick to point out that his performances, while campy, are in no way meant to disparage his idols.

"I do them with great respect, but with humor," he said. "I'll be doing Hepburn in The Lion In Winter, Davis as Margo Channing from All About Eve, Judy Garland's hits. I try to bring something human to my performances."

These ladies have always held a special place in gay men's hearts. Martin described their appeal.
"They're all survivors in their own right," he said. "They're the strong female who overcame oppression in their careers, and they had staying power."

Keeping the ladies fresh in the minds of the public is also part of his act.

"I feel like an educator, a Hollywood historian who keeps their torches alive if you will," Martin said. "I do this so they won't be forgotten. People have told me that I turned them on to these legends. I've told people that Peggy Lee was an extraordinary artist who wrote a lot of her own material. So many artists come and go, but those that endure do so because they're timeless classics."

Martin often plays to packed houses. He works constantly and attributes much of his success to his parents, who have always been supportive of his artistic pursuits. 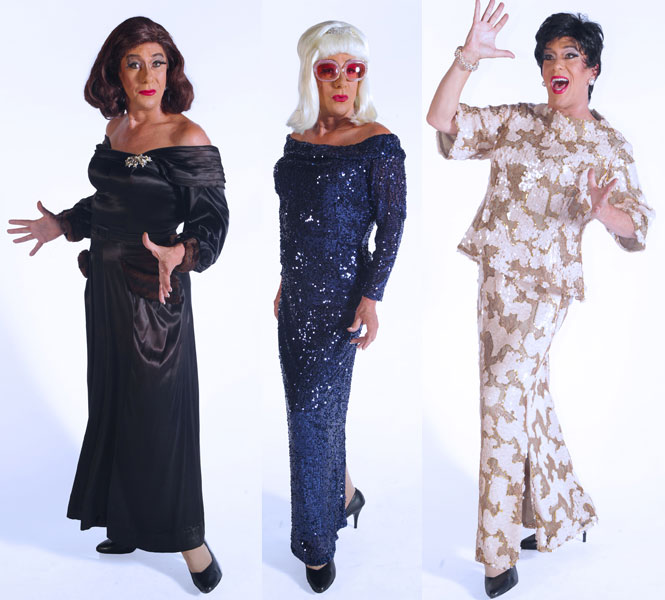 "So many people have come up to me after shows and told me that they wanted to pursue careers in the performing arts," he recalled. "They said in tears that their parents wouldn't let them. I'm so grateful that as a young boy I had parents who supported me. I'm so blessed to have been born into a family that encouraged my entertainment aspirations. They all loved old movies. We had a record album full of snippets from Warner Brothers films, everything from The Jazz Singer to Whatever Happened To Baby Jane. I always performed those scenes for them. I had an extended family who were my built-in audience."

"I remember one time when I needed money for my tap classes," he recalled of an incident recalled from his childhood. "And my dad said, 'Show me what you can do, kid'. So I tap danced and he gave me the money. That was a big lesson; you don't get something for nothing. Dad wanted to see how his investment was doing."

Proving the old adage that the show must go on, Martin traveled down to Palm Springs to perform in Golden Girls Live! two days after his father passed. It wasn't an easy time for him.

"Booker T. Washington said if you want to lift yourself up, then lift someone else up," he said. "Making other people happy is no small feat. I did a show today at the rest home where my father lived, and I realized while I was there that with all that's going on in the world these days we need entertainment."
Martin said that he was always open to expanding his performance repertoire.

"The possibilities are infinite," he said. "I never want to limit myself. There's so much that I want to do, but you can't do it all. You name it and I'll play it, as Judy said."

And though he's traveled to other cities to perform, San Francisco remains his home base.
"I wouldn't turn down a Broadway part," he said. "I've done shows in New York, but I'm such a San Franciscan, and I can do whatever I want here."

Martin added that he was very grateful to Oasis owners D'Arcy Drollinger, Heklina and Geoff Benjamin for rolling out the welcome mat for all of his shows.

"Heklina is making a cameo as Liza to my Judy in the new show," he pointed out.

In spite of his success, Martin remains humble. "I don't take anything for granted," he said. "You're only as good as you're last performance. When people come with an expectation you not only have to meet it, you have to surpass it."