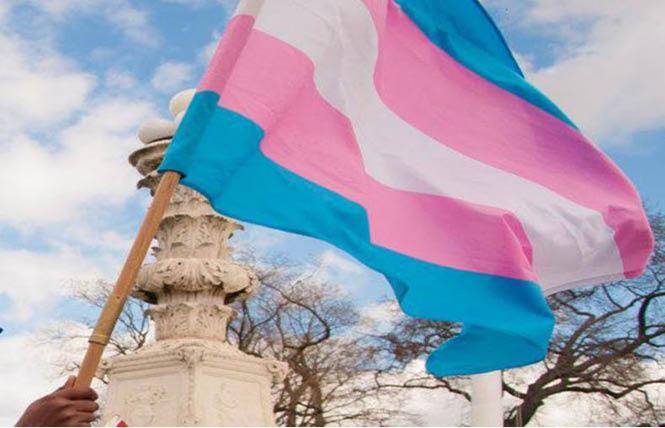 In a new Pew survey released July 27, the number of Americans who know someone who is transgender rose 5% in the last four years.

The number of Americans who know someone who is transgender, or who uses gender-neutral pronouns, is rising, according to an extensive survey released by the Pew Research Center July 27.

However, Pew notes that "there has been no shift in opinion on other questions on related topics."

The percentage of Americans who know a trans person has risen across all age groups and parties. Among age groupings, Americans aged 18-29 are most likely to know someone who's trans (53%, making them the only age group where a majority of people know a trans person) and those over 65 are the least likely to know someone who's trans (32%).

"Those who report knowing someone who is transgender are more likely to believe that a person's gender can differ from their sex at birth," the study states. "A slight majority of Americans who know a transgender person (54%) say that someone can be a man or a woman even if that is different from the sex they were assigned at birth. This compares with just a third of those who do not know a transgender person. This gap exists among both Republicans and Democrats, as well as adults of all ages."

Rachel Minkin, a Pew research associate and one of the authors of the analysis, stated to the Bay Area Reporter on July 27 that Pew undertook the survey because "we wanted to see if attitudes had shifted since we last asked the questions in 2017 and 2018 as some of these issues have gained national attention."

"We found that some things have changed, and some things have not," Minkin stated. "The center does not take positions on policy due to our nonpartisan and non-advocacy position, and our data are available and accessible for all members of the public."

The percentage of Americans who know someone who uses gender-neutral pronouns has also risen across age groups and parties, however the study found across groups that Americans are more likely to know a trans person.

While age and political party are "strongly correlated" with comfort in using gender-neutral pronouns, the gap between Democrats/Democratic-leaners and Republicans/Republican-leaners is larger than the gap between those age 18-29 and those over 65. In fact the two political groupings are almost mirror images of each other. Sixty-seven percent of Democrats/Democratic-leaners would feel comfortable using gender-neutral pronouns and 33% would feel uncomfortable. Conversely, 68% of Republicans/Republican-leaners would feel uncomfortable and 31% would feel comfortable.

The study was based on a survey of 10,606 adults between June 14-27. Participants were chosen "through national, random sampling of residential addresses" and were "weighted to be representative of the U.S. adult population by gender, race, ethnicity, partisan affiliation, education, and other categories."

Pew Research Center is a nonpartisan fact tank that informs the public about the issues, attitudes and trends shaping the world. It does not take policy positions. The center is a subsidiary of the Pew Charitable Trusts, its primary funder.

Updated, 7/27/21: This article has been updated with a comment from Pew.