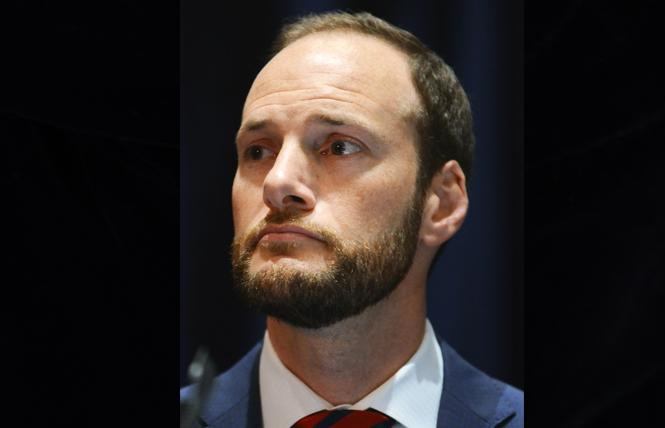 In just about seven weeks, Californians will head back to the polls to vote whether to recall Governor Gavin Newsom. I appreciate our lieutenant governor, Eleni Kounalakis, for setting an expeditious date so we can swiftly move on from this Republican recall.

While there certainly have been Democrats and independents who signed recall petitions, the reality is that a flood of right-wing Republican money — much of it from Donald Trump donors and the Republican National Committee — fueled the process leading to the ballot. And now, California taxpayers must spend at least $276 million on an election that instead could actually help people and small businesses who continue to suffer from the impacts of COVID-19.

Has there been any legitimate reporting about the Newsom recall finding anything positive about this sideshow of a campaign? Or, with the prominence of Caitlyn Jenner, should we file this under another example of politics turned into a reality show à la Trump?

Unfortunately, the end of the gubernatorial recall won't mark the end of Republican recalls. Here in San Francisco, there is another effort, similarly funded by Republican mega-donors, to recall District Attorney Chesa Boudin.

And while there are recall supporters who are not Republicans, the catalyst is again money coming from forces who fundamentally want to maintain the status quo of a deeply unjust justice system.

In 2019, Boudin ran on an agenda for criminal justice reform coupled with common sense policies that reduce crime. And the voters of San Francisco gave him a clear mandate to advance this work.

These reforms were desperately needed: disproportionate treatment of Black and Brown people in arrests, prosecutions, and lifetimes of incarceration isn't just a trend of a few decades — it has taken place over centuries in America. Many in our LGBTQ+ community are in desperate need of criminal justice reform now.

The process to undo this unjust treatment has only begun — here in San Francisco and across the nation. Yet even as District Attorney Boudin set to do this hard work, he was confronted with tremendous challenges.

A backlog of 5,593 open cases — including 1,127 that were more than two years old — got even worse when COVID hit and courts largely shut down. Mandated shelter in place posed a challenge to every part of our government, and the loss of employment and business hit our most vulnerable residents hard.

The fact that almost the entirety of Boudin's tenure has occurred under these circumstances speaks to how farcical this recall is.

To his credit, Boudin still managed to move forward on a number of priorities: expanding victims services, prosecuting public corruption, supporting survivors of domestic violence and holding perpetrators of sexual assault accountable, among other achievements.

And he's worked to expand community outreach and programs that make our city safer, such as a community liaison program that connects prosecutors, investigators, and other staff in every supervisorial district.

In 2019, it happened that I had worked for many years with another candidate in the race for district attorney — Suzy Loftus. She had my vote, but I also respected the issues and fundamental change that Boudin's campaign articulated.

Over the past year and a half, I have had the opportunity to work with our DA and he has been hard working, responsive, and thoughtful. His door is open, and I've seen him be active and go throughout this city, even when a group has been critical.

Recall supporters want to short circuit that process — and divert our attention from the meaningful solutions that can make our city safer. The truth is that reform and change must come from so many areas of government. It's not just the district attorney.

San Franciscans realize that we can't arrest our way out of mental illness, addiction, and homelessness. This year's city budget, agreed to by Mayor London Breed and the Board of Supervisors, represents the biggest change by dramatically increasing investments in crisis intervention, mental health services, and most of all, housing.

Our city should be accountable and transparent to show that we are doing our share to improve public safety. This recall will only distract from the hard work we need to do to achieve that.

Thank you for considering the reasons why I oppose the recall of our district attorney.