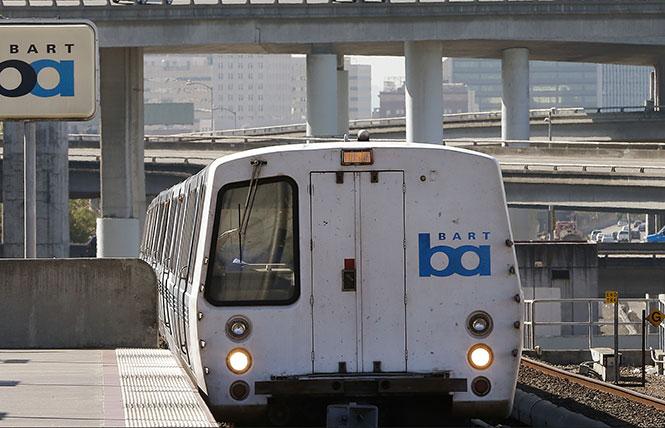 The announcement by BART last week was indeed a hopeful sign that we're venturing out after a year of confinement. The Bay Area transit agency, which saw ridership plummet during the 15-month COVID-19 lockdown, is now increasing service as more passengers return to work and leisure activities, such as dining out, enjoying nightlife, and shopping. As we reported online, starting July 15, BART will be adding late-night limited service Thursdays-Saturdays, with trains leaving either Civic Center or Embarcadero stations at 11:30 p.m. These trains will only make limited stops in the East Bay and Daly City on the Peninsula, but will benefit people who work later or need transportation and have few other options. Then, on August 2, nearly a month ahead of schedule, BART will implement a systemwide schedule change that will expand service hours and significantly increase service, according to a news release. Weekday service will return to ending at midnight, as will Saturday service (currently service ends at 9 p.m.). Sunday service will remain 8 a.m. to 9 p.m. with three-lines operating. There will also be special service for Oakland A's night games and limited service for San Francisco Giants night games.

But it's the expansion to midnight on weekdays and Saturdays that will really help small businesses, restaurants, bars and clubs, not only in San Francisco, but throughout BART's service areas in the East Bay and Peninsula. Just a couple of weeks ago when we reported on gay sex venues reopening, Ken Rowe, the co-owner of Eros, told us that one of the reasons the San Francisco sex club closes at 9 p.m. is because that's when BART service ends and he has to find staff in the city who can work later.

When the COVID pandemic started in March 2020, BART officials were clear that when ridership picked up again, they would consider bringing back service to meet demand. At the height of the lockdown, BART trains only ran every 30 minutes, a real inconvenience for commuters and others who depended on it. Since then, train frequency has slowly increased during peak hours in the morning and late afternoon/early evening.

These changes are the result of improved relations between BART management and its labor unions. BART general manager Robert Powers and the BART board have worked very hard over the past couple of years to strengthen those relationships, including getting contract negotiations completed early to avoid strikes or other issues. Powers, who took the top job in 2019, will soon mark his second anniversary at the helm. Board members, including out directors Bevan Dufty, Rebecca Saltzman, and Janice Li, and straight ally Lateefah Simon, have brought a more progressive vision to the agency and realize the importance of having a better relationship with union leaders as well as all employees. Back in 2013, when BART last had a strike, BART management and its unions were at odds, criticizing each other over work rules and other issues. When two BART workers were struck and killed by a train that was moving cars to a facility to clean them of graffiti, it was reported that an operator in training who had worked in other positions at the agency was behind the controls. This seemed to confirm union leaders' suspicions that BART management was training managers to operate the trains during the strike. In short, it was a low point in the transit agency's history.

This time, though, the challenges are different — a global pandemic rather than labor unrest — BART management seems to have turned a page. BART's release stated that management and labor were able to accelerate the hiring, training, and shift sign-up process that will jump-start the August 2 changes. It has already reopened station entrances that were shuttered during the reduced service schedule, and now the system will soon increase the frequency of service to near pre-pandemic levels.

Getting people back on public transit won't be easy and will happen slowly. Passengers still must wear masks, in accordance with federal regulations, on all public transit, even if fully vaccinated. But as more people return to offices and schools (starting in the fall), we hope that public transit in the Bay Area continues to expand service accordingly. Many service workers have no choice but to depend on public transportation to get to jobs that require their presence. Others who have options may begin a hybrid schedule of in-person and remote work. Trains and buses need to be able to get people where they need to be; we can't all go back to driving cars.

Moreover, it's all of us going out to socialize who will help the Bay Area's economy recover in the hospitality, restaurant, and nightlife sectors. Reliable public transit is key to our economic and environmental recuperation.