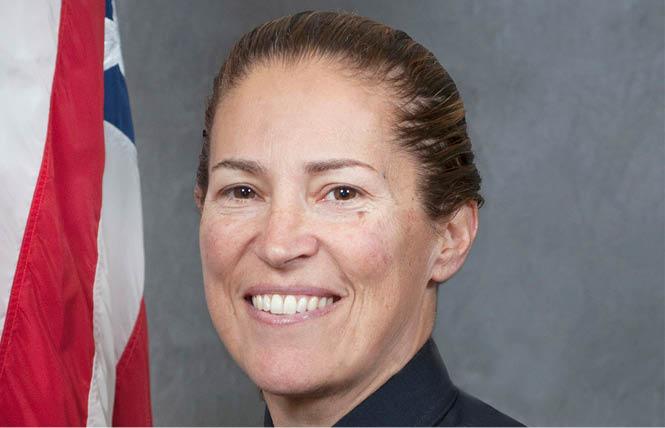 The highest-ranking out member of the San Francisco Police Department has been nominated as the next chief of police for the Lincoln Police Department in Nebraska, where, if confirmed, she will be the first female and first out LGBTQ chief.

Police Commander Teresa Ewins, a lesbian who is a 26-year veteran of SFPD, was the first woman to head the Tenderloin police station, as the Bay Area Reporter noted in a 2015 article when she was named its captain.

Ewins, 55, was one of four finalists for the Nebraska position, and was endorsed by the Lincoln Journal Star newspaper and the Lincoln Police Union, according to an SFPD news release.

She was selected as part of a "participatory, community-based interview process," according to the news release.

SFPD Chief William Scott stated that Ewins' appointment is "bittersweet" for the department.

"As much as we will miss Teresa, we couldn't be happier for our colleague," Scott stated in the release. "Assuming her nomination is confirmed by the Lincoln City Council, I have every confidence that Lincoln's residents, visitors, and police department members will be extraordinarily well served by Chief Ewins' commitment to the principles of 21st century policing and her tireless dedication to those she is sworn to protect and serve."

Ewins was nominated by Lincoln Mayor Leirion Gaylor Baird, according to a report (https://www.wowt.com/2021/06/28/live-3pm-teresa-ewins-is-mayors-selection-chief-police/) from WOWT-TV, an NBC-affiliate station in Omaha.

"Stakeholders in the search process, including street officers, command staff, and community members, agree that she is the right leader for this role," Baird wrote on Twitter.

"A valued member of the San Francisco Police Department's command staff, Commander Ewins
has been instrumental in leading groundbreaking reforms toward bias-free policing, serving as
an executive sponsor on bias-related recommendations that emerged from SFPD's voluntary,
comprehensive Collaborative Reform Initiative to fulfill the promise of 21st century policing," the release states.

"We're definitely up for the challenge," Ewins told the B.A.R. in 2015 when she began to head Tenderloin station. "We're going to make it work."

The SFPD did not respond to a request from the B.A.R. to speak with Ewins. Ewins' appointment is effective August 30, according to Angie Birkett, the administrative secretary of the Lincoln City Council, if she is approved by the council in a vote July 19.

Updated, 7/7/21: This article has been updated with information on when the Lincoln City Council will vote on Ewins' nomination. 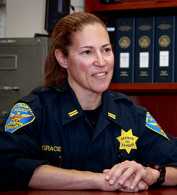