by Geri Spieler and Rick Kaplowitz 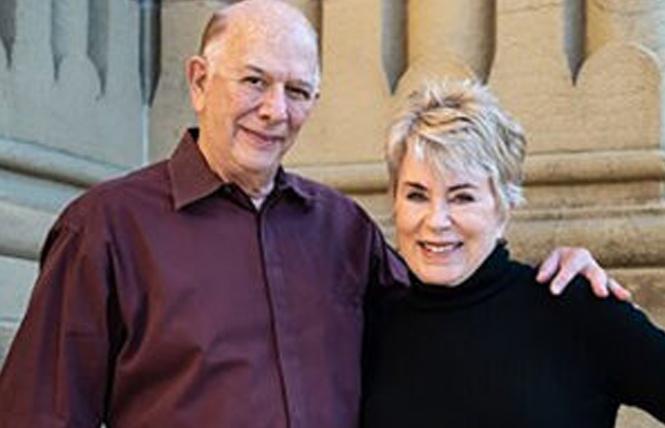 The United States is home to more than one million gay veterans, most of whom served under the radar.

In the middle of his 1992 presidential campaign, candidate Bill Clinton pledged to follow the model of Harry Truman's historic executive order in 1948 ending racial segregation in the armed services with an end to the ban on gays in the military.

After his election, Clinton tried to move forward to fulfill that pledge, but he ran into a sizable military and congressional group expressing fears that having openly gay troops would hurt morale and cause problems in the ranks. General Colin Powell, chairman of the Joint Chiefs of Staff; Senator Sam Nunn, chair of the Senate's Armed Services Committee; and President Clinton struck the compromise, which ended up as "Don't Ask, Don't Tell." Homosexuals in service were effectively moved from banned to silenced.

The irony of the 1993 legislation known as DADT was not lost on the many lesbians and gays who served, and continue to serve, honorably in our nation's military.

DADT was legislation that was rooted in the attempt to remove bans on homosexuals in military service. It ended up as a failed compromise — theoretically, allowing gays to serve so long as they didn't admit it. Some 14,000 men and women were discharged from service for homosexuality in the ensuing 17 years.

Zoe Dunning of San Francisco, a retired navy commander, waited and advocated for change in the system for 17 years. She came out as a lesbian in 1993, and was one of the first people to challenge DADT. She won, but her case was deemed "unacceptable by military leaders" — meaning she remained in the service, but others were unable to use the same defense. She retired in 2007, perhaps the only openly gay person serving in the U.S. military during those years. She joined the board of the Service Members Legal Defense Network in 1993, and became board co-chair in October 2006. SLDN, a national nonprofit, offered legal services to military personnel affected by DADT.

Commander Steve Clark Hall's story is more typical of those who flew, walked, and sailed under the radar. Before his retirement, Hall served in the navy for 20 years, as commanding officer of the nuclear submarines USS Greenling and USS Drum. Hall says he is typical of the gays in the military. His service, he says, was not better — or worse — than any other soldier, sailor, or grunt, gay or straight. He is very proud of his years in the navy.

Discrimination exists in many organizations, but the military institutionalized it far longer than most. Although it seems reasonable to many that people asked to serve their country and make "the ultimate sacrifice" should have at least some equality within their unit, such had not been the case for hundreds of years.

Lieutenant Colonel Victor J. Fehrenbach followed the example of his parents. His father was an air force lieutenant colonel; his mother was an air force nurse and captain. In the 18 years he served his country as an F-15E pilot, also known as a fighter weapons systems officer, Lieutenant Colonel Fehrenbach received nine air medals. On September 11, Fehrenbach was picked to be part of the initial alert crew immediately after the 9/11 attacks. A war hero, Fehrenbach flew numerous missions against Taliban and al-Qaeda targets, including the longest combat mission in his squadron's history.

With only two years left until his retirement, Lieutenant Colonel Fehrenbach was thrown out of the air force in 2009 because he was outed by a third party as being gay. Being discharged after 18 years of service to his country meant he lost his retirement pension of $46,000 per year and all his military benefits, including health insurance. There was public outcry from the gay community as well as civil liberties organizations. Fehrenbach fought the discharge, and he was allowed to finish his last two years to retirement at a desk job.

In reporting on his story, Rachel Maddow observed: "Just once, I wanted to hear someone explain why the United States is stronger, safer, and more secure with Lieutenant Colonel Fehrenbach out of the military."

SLDN, quoting the Government Accounting Office, noted that it cost more than $200 million to replace service members fired under DADT.

As senator and former U.S. Army lieutenant colonel and helicopter pilot Tammy Duckworth pointed out: "When I was bleeding to death in my Black Hawk helicopter after I was shot down, I didn't care if the American troops risking their lives to help save me were gay, straight, transgender, black, white or brown. All that mattered was they didn't leave me behind."

[Editor's note: DADT was repealed by Congress in 2010; it was implemented in September 2011. Dunning was a major force in fighting for repeal with SLDN and other groups and political leaders. SLDN merged with other groups and is now part of Modern Military Association of America. President Donald Trump called for a ban on transgender military personnel in July 2017; it was implemented by the administration in 2019.]

The above is an excerpt from "San Francisco Values: Common Ground for Getting America Back on Track" by Geri Spieler and Rick Kaplowitz, to be published August 11 by Palmetto Publishing Group. Used with permission.