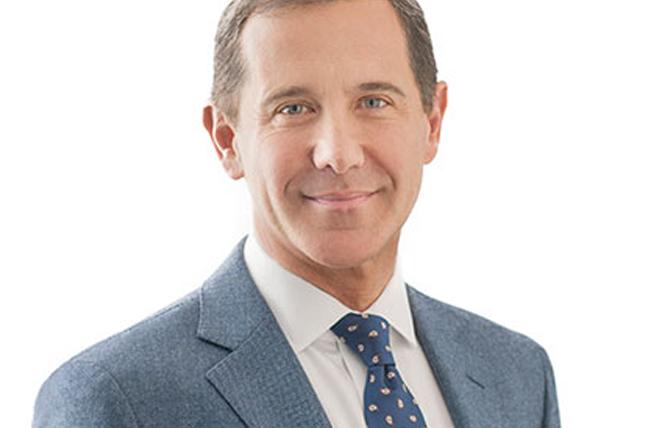 Democratic National Committee Chair Tom Perez said the party chose Milwaukee, Wisconsin for its 2020 convention "because the city embodies who we are as a party." And with that convention under the leadership of former HRC president Joe Solmonese, he felt "confident those values will be at the forefront as we celebrate our nominee and prepare for the general election."

I, too, feel that it is appropriate that, with the Democratic convention being held in the state of Wisconsin, Solmonese is the perfect chief executive for the soiree.

After all, the Badger State is the only one remaining with a gay rights statute that does not protect trans people along with lesbians, gays, and bisexuals.

Perhaps Perez has forgotten that if Solmonese had gotten his way in 2007, the same would be true for the entirety of the United States. Or maybe he was never aware and never cared.
Let me assure him, though: trans people were aware. We did care. We damn well have not forgotten. And we never will.

Clearly, however, the DNC is counting on more people having forgotten than remembering the first trans-inclusive Employment Non-Discrimination Act bill and Solmonese's willingness to let it die in the birth canal.

That ENDA bill, years of distrust of HRC by trans people, and the near-total lack of any trans people being allowed to earn a living in HRC's palatial D.C. headquarters collectively constituted the baggage Solmonese brought with him to Atlanta in mid-September 2007. There, for the first time, a leader of HRC would address Southern Comfort, the nation's largest trans gathering.

"We try to walk a thin line in terms of keeping everything in play and making sure that we move forward," Solmonese told the attendees, "but always being clear that we absolutely do not support, and in fact oppose, any legislation that is not absolutely inclusive. And we have sent that message loud and clear to the Hill."

"That," HRC's token trans board member Donna Rose (no relation) said afterward, "was huge for everyone in attendance to hear."

Except that it was a huge lie, one worthy of any of the media mouthpieces of the administration that the candidate anointed at the Milwaukee convention will attempt to take down.

In less than two weeks in 2007, gay former Congressman Barney Frank (D-Massachusetts) decided to go with his preferred product: a gay-only ENDA that was introduced to supplant the inclusive one.

A group of local and national civil rights organizations signed a letter not only reiterating support for inclusion but pledging to oppose a non-inclusive bill. The one notable absence? Solmonese's HRC.

United ENDA, as it came to be known, declared in part, "We oppose legislation that leaves part of our community without protection and basic security that the rest of us are provided." Despite no form of ENDA having any chance of being signed by evangelical darling George W. Bush, HRC would not budge. To Capitol Hill and the mainstream media, it insisted on sending its real message, which was the exact opposite of what Solmonese fed to Southern Comfort's attendees.

"I am angry at HRC leadership for what I can't help but perceive as lying and deceiving," said Rose, who resigned during the ENDA crisis. "Damage has been done and continues to be done that cannot be repaired."

In the face of protests against him and his organization at the Dallas Black Tie Dinner, Solmonese made a "solemn vow" to the crowd that he would "do everything to harness the power and the passion and energy in order to achieve a fully inclusive ENDA." Yet, he also made clear that his top priority was access for access's sake, rather than actual progress. Asked if opposing a gay-only ENDA would be problematic for HRC's relationships on Capitol Hill, he answered, "Unquestionably. We would absolutely not be at the table, and I am committed to being at that table."

Trans people and our supporters were, and still are, expected to believe that he did not hold the same position on September 14, 2007.

And those who didn't come to an HRC-friendly opinion were subject to manipulation.

That November, HRC's website featured a mechanism by which users could have the organization send an e-mail in their name to their congressional representatives in support of the gay-only bill while nevertheless describing that bill as one "that would make it illegal to fire, refuse to hire, or refuse to promote employees simply based on sexual orientation or gender identity."

And then came an HRC-commissioned poll that purported to show 70% of the LGBT community supported the gay-only strategy. However, the poll's use of explanatory language asserting that a gay-only ENDA "is a step toward transgender employment rights," a dubious claim, led it to be decried as, at best, seriously flawed and, at worst, blatantly fraudulent.

Solmonese has never apologized for any of it. If anything, he's doubled down on it, in 2017 claiming "no hope of passing any legislation into law" in 2007 with Bush as president justified sticking with the gay-only bill. (Begging the question of why, if it knew that no ultimate success was possible, HRC had never pushed a trans-inclusive ENDA prior to 2007, a question that, admittedly, it would be equally proper to insist that one of Solmonese's predecessors, Elizabeth Birch, answer.)

While the dust of 2007 was still settling, Solmonese tried to utilize the tried-and-true political amulet of claiming to have "misspoke" at Southern Comfort. And not long after that attempt at self-absolution, he addressed a New York event being picketed by trans activists. There, he smugly declared that the protesters would have no effect on HRC's fundraising, telling the attendees that the "complaining" had to stop. "We must see, instead, the big picture," he said.

In 2020, the DNC convention will be presided over by a man who lied through his teeth to trans people, engineered a poll justifying HRC's position that was so sketchy even people who were willing to accept a gay-only ENDA didn't believe, and then stuck to his disproven reasoning with the repellent ferocity of a faith healer whose trickery has been exposed.

And the DNC convention itself will spotlight House Speaker Nancy Pelosi (D-San Francisco) who was speaker of the House when HRC and Frank accomplished the ENDA bait-and-switch in 2007 and who, two years later, stood by as hate crimes and the desires of one tiny percentage of LGBTs for employment in one particular profession (the military) were allowed to trample the need of all LGBTs in all states and all occupations for protection against employment discrimination.

I have no intention of "walking away" from the Democrats in 2020. I know how the corrupt, fossilized monument to the slave-owning rural elite of two centuries past — sometimes still referred to as the Electoral College — works, so I will vote for the Democratic Party's nominee, whoever it may be.

And I will do so even if the DNC doesn't wise up and replace Solmonese.

But I have no intention of not remembering how the DNC was not even willing to wait two months after the death of its first trans member, Babs Siperstein, to insult the trans community by thrusting back in our faces one of the more toxic symbols of trans-exclusive elitism that Gay Inc. will ever produce.

You can parade all of the young, cutesy, telegenic trans HRC employees that you want in front of the network television cameras. With Solmonese in charge, none of it will matter. Just as anyone who today looks at the Wisconsin statute books knows what it did in 1982, trans people know what Solmonese did in 2007 — and he's shown that he has not changed any more during that time than Wisconsin's civil rights laws have.

Katrina C. Rose is an attorney and historian. Her article, "Reflections at the Silver Anniversary of the First Trans-Inclusive Gay Rights Statute: Ruminations on the Law and its History -- and Why Both Should be Defended in an Era of Anti-Trans 'Bathroom Bills,'" appears in the current edition of the University of Massachusetts Law Review.