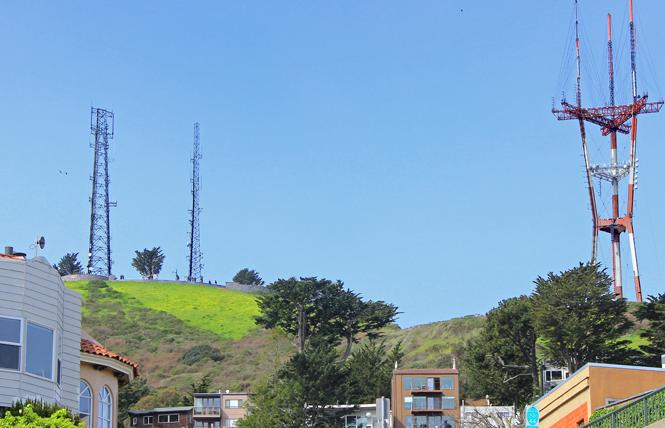 Reader Jerry Thornhill snapped this photo of a green patch where the annual pink triangle is installed atop Twin Peaks each June. He wanted to know what happened. The Bay Area Reporter reached out to the San Francisco Department of Recreation and Parks for an answer.

While in place, the pink triangle acts as a tarp, noted Aparton, and suppresses the growth of the plants under it.

"Those conditions result in bare/sparsely vegetated soil, which is ideal habitat for grasses to grow in. The green triangle is the fresh new growth of annual grasses," she wrote. "This happens every year, with this year's rains perhaps resulting in more grasses than a typical or drought year."