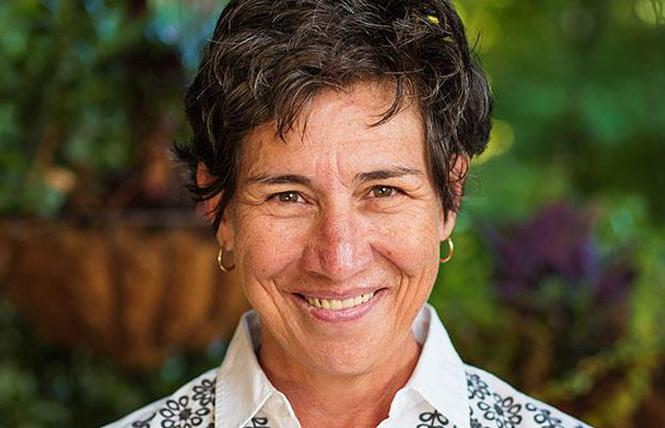 Californians will continue to have a "right to die" until January 1, 2031 after Governor Gavin Newsom signed into law October 5 a six-year extension of the Golden State's End of Life Option Act. It offers residents with incurable diseases the option to take their own lives rather than suffer unbearably painful deaths or face spending their final months or years in a vegetative state they won't wake up from.

The law went into effect June 9, 2016, authorizing the compassionate option of medical aid in dying for terminally ill, mentally capable adults who are given a prescription to end their life peacefully. But it included a sunset provision, allowing it to expire at the end of 2025 unless new legislation was passed.

As the Bay Area Reporter first reported in March, state Senator Susan Talamantes Eggman (D-Stockton), a lesbian and former hospice worker, had introduced Senate Bill 380 aiming to indefinitely extend the End of Life Option Act. Instead, Eggman and the bill's co-authors amended it so that it will now sunset at the start of 2031.

"While we are disappointed that sunset wasn't permanently removed, we're happy that patients and their families can rest easy knowing the option will remain in place until at least 2031," stated Roger Salazar, a spokesman for the Compassion & Choices Action Network that pushed for SB 380's passage.

In a series of tweets October 5 Eggman praised Newsom for signing the bill and thanked the action network, patients, and their families and friends for advocating for its passage this year.

"Every person suffering with a terminal disease deserves the right to end their lives on their own terms, and this law will provide that power and dignity," wrote Eggman.

The End-of-Life Option Act has provided peace of mind to thousands of dying Californians since 2016. In signing my bill, #SB380, Governor @GavinNewsom has extended this law for an additional five years and... pic.twitter.com/3NDq9NvsTe— Senator Susan Eggman (@SenSusanEggman) October 6, 2021

According to a fact sheet about the law that the action network created, data collected by the California Department of Public Health through December 31, 2020 show that more than 2,800 mentally capable, terminally ill individuals with six months or less to live have received a prescription for medical aid-in-dying medication to peacefully end unbearable suffering.

"However, we don't know how many eligible patients were unable to access the law," states the fact sheet. "The bureaucratic, multi-step process to utilize the law is hampering or outright preventing many terminally ill individuals from using it."

SB 380 removes regulatory roadblocks to access the law that impede or outright prevent hundreds of Californians each year from using medical aid in dying to peacefully end their suffering. It also updates the law to use gender-neutral pronouns and removes the need for those being aided in dying to have to make a final verbal attestation.

"This bill is not about somebody having a bad day. This bill is about someone having a terminal illness," Eggman had said during a March hearing in regard to concerns people would make use of the law without carefully considering the outcome of doing so and later changing their mind.

A study by Kaiser Permanente Southern California showed that a third of terminally ill adults who wanted to end their life under the current law died before they could complete the process to do so. Critics contend the current process is too "time-consuming," as the law requires a 15-day waiting period and often takes weeks or months to finish. It is estimated that nearly 1,000 individuals statewide have died before obtaining a prescription, approximately 275 people on an annual basis.

This year's bill still requires anyone seeking aid-in-dying medication to make two oral requests, regardless of the period between oral requests, and a written request when a physician has determined, within reasonable medical judgment, that the individual will die from their terminal illness in 15 days or less. But it reduces the mandatory minimum 15-day waiting period between the two oral requests for aid-in-dying medication to 48 hours for all eligible patients.

Health care systems and hospices will have to post their medical aid-in-dying policies on their websites, which advocates argue will increase transparency for terminally ill Californians who urgently need such information. The bill also strengthens the requirement for medical providers to provide information about medical aid in dying to an individual who requests it, or to refer the individual, upon request, to another health care provider or health care facility that is willing to provide the information.

The new bill also eliminates the requirement that an individual who is prescribed and ingests aid-in-dying medication make a final attestation. It requires that the date of all oral and written requests be documented in an individual's medical record and requires that upon a transfer of care, that record be provided to the qualified individual.

The existing law requires that an individual seeking aid-in-dying medication be subject to specific findings by their attending physician, a consulting physician, and, if determined to be necessary, a licensed psychologist or psychiatrist. The new bill allows for a mental health professional other than a licensed psychologist or psychiatrist to conduct a mental health exam for the purpose of qualifying an individual for aid-in-dying medication.

"This past year, the COVID public health emergency brought about a deeper understanding of the tragedy of loved ones suffering at life's end, and the limits of modern medicine to fully relieve that suffering," noted Kim Callinan, president and CEO of Compassion & Choices Action Network. "We can do better by re-authorizing and improving the California End of Life Option Act."

Callinan added that, "We cannot thank Governor Gavin Newsom enough for his support of this compassionate act. With his signature, eligible terminally ill adults will soon be able to more easily access the End of Life Option Act without needless suffering and unnecessary roadblocks."