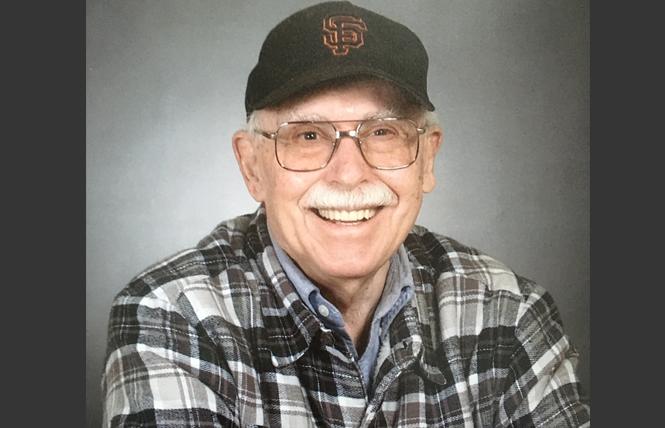 September 29, 1923 — April 16, 2020
Romeo was born in Springvale (Sanford) Maine, the son of Rosaire Jacob L'Heureux and Cedulia Godbout. He was preceded in death by his brother, Rudi L'Heureux, and his sister, Jacqueline Campbell. He is survived by one sister, Madelaine Pouliot, of Florida, and nieces and nephews.

Romeo graduated from St. Ignatius Commercial High School in Sanford and over the years took courses from La Salle University, Massachusetts Institute of Technology, and the American Institute of Banking. He worked in the banking industry until he retired from the Commonwealth National Bank in 1969 as the assistant manager of the international banking division.

In retirement Romeo had an extremely busy life in the early gay community of the 1960s and 1970s in San Francisco. As was the custom at the times, the community included mutual home social visits and dinners, G-40+ activities, and afternoons with the Coffee Group at Westfield Mall. Romeo's activities continued into the 1980s, 1990s, and the beginning of the new century, when he relocated to the East Bay where he lived in assisted living communities. For many years he was also a volunteer at Laguna Honda Hospital in San Francisco.

Romeo was an early member and supporter of Dignity San Francisco, a gay and lesbian Catholic group started in 1973 for disenfranchised gay and lesbian Catholics. He was a member of Most Holy Redeemer Catholic Church for many years, where a Mass of Remembrance will be held on Sunday, August 22, at the 10 a.m. service, followed by a gathering of friends to reminisce on his time in San Francisco, the city that he loved.