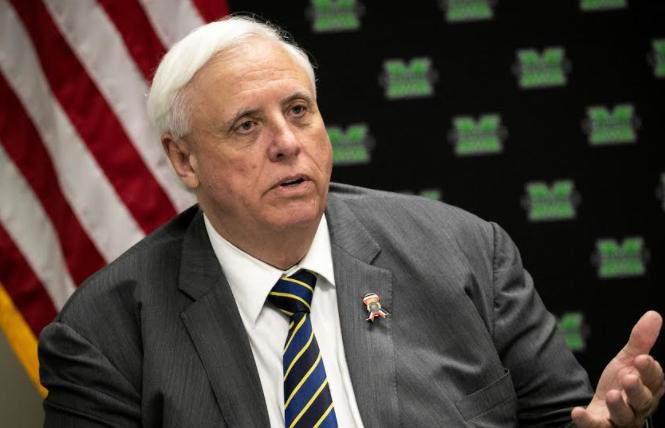 As more Republican-controlled statehouses across the U.S. adopt anti-LGBTQ laws, the number of states California bans taxpayer-funded travel to should continue to increase. With the expected addition now of West Virginia, nearly a third of the country will soon be off limits for most trips taken by Golden State employees.

West Virginia Governor Jim Justice on Wednesday signed into law House Bill 3293, which bans transgender girls and women from participating in sports at the elementary, secondary, or post-secondary level consistent with their gender identity. It is one of 66 such bills state lawmakers introduced this year.

The onslaught of attacks against transgender athletes, mostly directed at girls and women, led the NCAA to reiterate its support for trans athletes earlier this month and its commitment to only hold championship sports games in locations where the hosts can provide safe and healthy environments free of discrimination.

"The NCAA Board of Governors firmly and unequivocally supports the opportunity for transgender student-athletes to compete in college sports. This commitment is grounded in our values of inclusion and fair competition," stated the collegiate athletic governing body in an April 12 statement.

Alphonso David, president of the national LGBTQ rights organization the Human Rights Campaign, blasted Justice in a statement shortly after the Republican signed HB 3293 into law. Noting that collegiate and professional sports organizations have had trans-inclusive policies for years without incident, David argued there was no reason why lawmakers in the Mountain State needed to ban transgender participation in sports.

"Transgender children are children. They deserve the ability to play organized sports and be part of a team, just like all children," stated David. "Governor Justice nor the legislators who voted to pass the bill can name a single example of a transgender child trying to gain an unfair competitive advantage, which underscores that this is nothing more than a politically motivated bill for the sake of discrimination itself."

Not only does the "cruel and discriminatory" law hurt the health and safety of transgender children, stated David, it also is detrimental to "West Virginians who will suffer the consequences of this law — including economic harm, expensive taxpayer-funded legal battles, and a tarnished reputation."

When governors of other states enact anti-LGBTQ laws, the office of California Attorney General Rob Bonta reviews them to see if it triggers placing those states on the no-fly list. In addition to West Virginia, Bonta is expected to also add Arkansas, Montana, and North Dakota to the travel ban list, bringing the total number of states on it to 16.

Montana Governor Greg Gianforte signed into law April 22 Senate Bill 215, which LGBTQ advocates contend is an expansive religious refusal bill that could grant a license to discriminate against Montanans and visitors, including LGBTQ people, people of faith, and women, across a wide range of goods and services in the state.

Due to having restrictive abortion policies Arkansas, North Dakota, and West Virginia have all been on San Francisco's banned travel list since January 1, 2020. They should now receive a double asterisk marking to note each state has enacted both anti-abortion and anti-LGBTQ laws.

With anti-trans law adoption, Florida is 5th state to soon be added to California's "No Fly" list
Sign up!