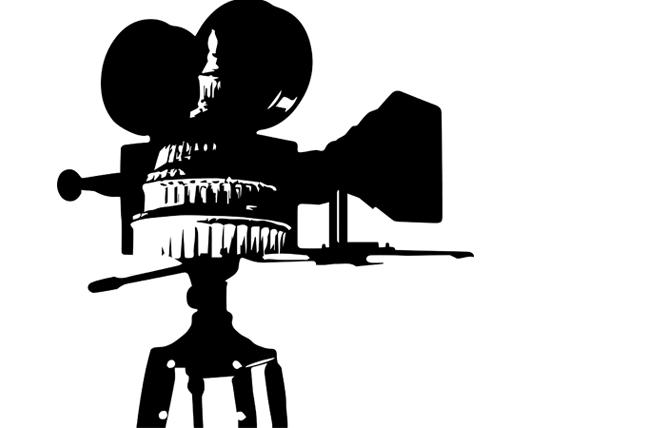 Two films on the American Film Institute's list of top 100 movies ever made have something in common.

The first is "Some Like It Hot" (1959), where Jack Lemmon and Tony Curtis masquerade as members of an all-woman jazz troupe to escape revenge-seeking mobsters. The second is "Tootsie" (1982), where Dustin Hoffman presents as a woman to get a job as a soap opera character, and enjoys success he lacked as a man.

The movie trope of people, predominantly men, crossing gender in order to evade some negative situation, is a long-established comedic concept. After the success of the two films above — as well as the late Robin Williams vehicle, "Mrs. Doubtfire" (1993) — the silver screen filled with comparable movies. I could easily list dozens of similar films, as well as a few television shows, that mined this concept to death.

I want to mention one film in particular, however, and that is "Juwanna Mann" (2002). It's one of the last of this long line, flogging what was at that point a largely exhausted plot line.

In the movie, Jamal Jeffries, a popular basketball player portrayed by Miguel A. Núñez Jr., is banned from the sport. He creates the titular female persona, Juwanna Mann, and joins a women's basketball team. Juwanna excels on the court, all the while having the same tired hijinks and the typical redemption arc that one had come to expect from the "bad boy dresses as a woman and learns compassion" storylines.

The film didn't do all that well commercially or critically, and largely marks the end for this genre — except somewhere along the way, the basic plot of "Juwanna Mann" became the culture war of the 2020s.

Across the country right now is an explosion of anti-trans laws being introduced in statehouses, and most of them center on the misguided notion that allowing transgender women — they never seem all that concerned about transgender men or nonbinary athletes — in women's sports will lead to trans women as well as male athletes self-identifying as women to dominate women's sports. Indeed, trans women and these deceptive men — often conflated by lawmakers using the term "biological males" — will dominate women's sports.

Of course, these same lawmakers aren't aiming for a Hollywood redemption arc for any such athletes. No one is finding their true love in the last reel either. The very comedic trope typified by the "Juwanna Mann" is now the cause célèbre among the right wing.

In South Dakota, House Bill 1217 — a bill barring trans girls from participating in school sports — made it to Governor Kristi Noem's desk. This was after it was already killed in committee, but "smoked out onto the floor for a rushed vote just a day later," as local media reported. Noem, who initially intended to sign the bill, instead pushed back. Apparently, HB 1217 was not anti-trans enough.

HB 1217 is but one of 78 anti-trans bills introduced in 25 states. Not all of them are on sports, as I mentioned. Some, like House Bill 1 in Alabama, would make it a felony to provide care to transgender people, and require teachers and counselors to disclose to parents if a student discusses trans feelings to them. Texas and Mississippi have similar bills, with the latter criminalizing transgender care up to age 21.

Most, however, are about barring trans women in sports, to apparently prevent the plot of "Juwanna Mann" from becoming reality. The only problem with this is that it was a bad comedy movie from two decades ago.

Trans girls have been allowed in sports for a number of years now, and last I checked were not dominating women's sports. We have been allowed in the Olympics without having to participate as the wrong gender for far longer, and aren't bringing home truckloads of gold medals.

In their defense, many will try to claim that trans women have a "biological advantage," all the while sidestepping that the majority of trans youth do not have any edge as a result of not entering puberty, or being on puberty blockers.

The numbers of transgender people in competitive sports at any level are quite small. It's far more common for a trans kid to be bullied out of school — or be kicked out by the administration — than it is for them to suit up for the school team.

According to an Associated Press report, lawmakers in states pressing for such a ban could not cite a single instance where a trans woman had caused a problem on a women's team.

Of course, there are also no cases at all where a male pro basketball player tried to disguise themselves as a woman and sneak onto a women's basketball team. Again, that only happens in the realm of fiction. It has no place in reality.

That's really what this boils down to: lawmakers are legislating to prevent a non-existent, fictional problem. It's as likely to happen as a real-life Austin Powers defeating an actual Goldmember. It would be funny, if these bills wouldn't curtail the rights of people across the country.

What's more, while these bills are primarily targeting trans girls, they will, ultimately affect all children. If a girl excels in sports, these laws open the doors for their gender to be challenged, and for them to end up having to prove they are girls.

In short, everyone loses when these bills pass — and that is no comedy.

Gwen Smith can barely open a pickle jar, and is no threat in sports. You can find her at www.gwensmith.com