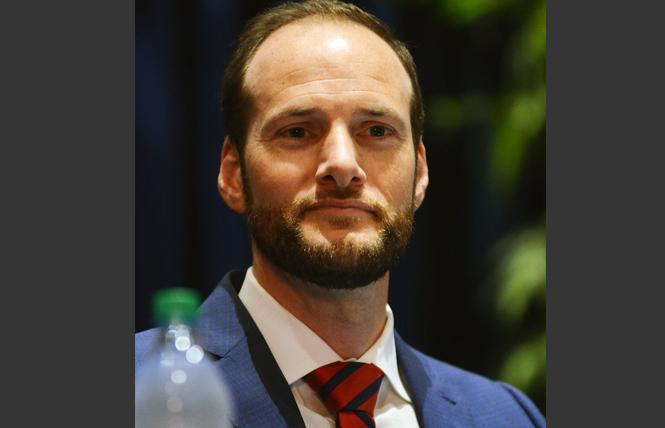 The San Francisco Department of Elections has approved a recall effort of District Attorney Chesa Boudin to begin the signature-gathering process.

Matthew Selby, campaign services division manager for the elections department, confirmed to the Bay Area Reporter March 9 that the petition was approved for circulation March 4.

As the Bay Area Reporter previously reported, Richie Greenberg, a business adviser and activist who in 2018 was a Republican candidate for mayor, began the recall effort after a petition urging Boudin to resign received almost 15,000 signatures.

That petition was started amid a public outcry after a parolee was allegedly responsible for a hit-and-run that killed two pedestrians in the South of Market neighborhood on New Year's Eve.

Boudin won election in 2019 and is one of several reform-minded district attorneys elected in cities across the country, but he has come under criticism from some residents who complain that his restorative justice policies do not protect them.

According to city rules, 10% of registered voters must sign on the petition for it to appear on the ballot.

In a letter to Greenberg dated March 4, John Arntz, the director of the elections department, wrote this number is 51,325 (one more than Selby told the B.A.R. last month). He also said that the signatures must be gathered by August 11 and contain "the names, residential addresses, and signatures ... and this information must match the signers' voter registration records."

Greenberg told the B.A.R. that he is excited the issue will finally be heading before the public.

"This is what so many people want," Greenberg said. "The reality is that this is something with a big mass appeal and we feel more like we are being pulled along by public sentiment rather than we're actually pushing this."

Greenberg had told the B.A.R. in January that he was not optimistic about the prospect for a recall to succeed at gathering signatures because of COVID-19 pandemic lockdowns and restrictions.

"We are a lot more encouraged now," he said March 9. "As restrictions are slowly being lifted, as we move through the tiers, signature gathering will become easier. With this spring — rebirth — we feel better."

Greenberg said that he made sure to make the petition one side of a single sheet of paper so that people who are physically distancing can print it, sign it, put it in an envelope, and mail it so their signature can be counted. The petition will be available for download from the website Friday, March 12, along with instructions.

Greenberg said that the campaign to recall Boudin has raised over $40,000.

Boudin did not immediately respond to a request for comment.