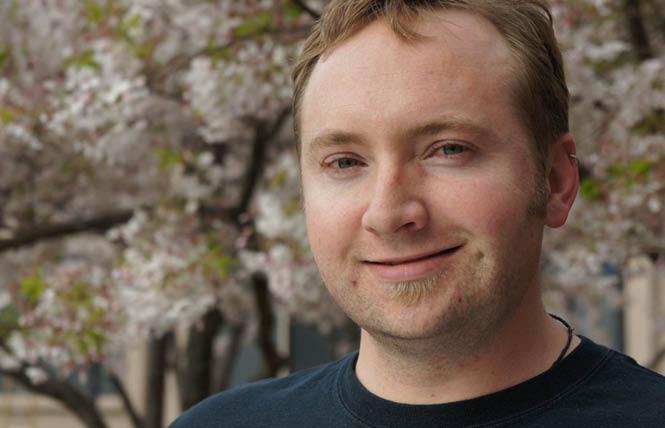 Summer of Pride, a monthlong streaming event on the Twitch service that was put on by the MidBoss video game company, raised over $25,000 for LGBTQ and social justice organizations, according to CEO Cade Peterson.

These organizations include Trans Lifeline, the Trevor Project, GaymerX, and the Bail Project.

Summer of Pride was put on during Pride Month in collaboration with 40 developers and publishers and 70 streamers, according to MidBoss.

Peterson, who is gay, said he joined San Francisco-based MidBoss — which had been founded by members of the nonprofit GaymerX — after having worked for PlayStation.

"I joined MidBoss a little over two years ago, and when I did we looked over the mission statement for the company, and that was to use our platform as a queer gaming studio," Peterson said in a July 16 phone interview with the Bay Area Reporter.

(Peterson was brought on after the previous CEO left in disgrace, according to a 2018

"As a queer person, I'm used to seeing other cis white males in games but not the experience of seeing someone like I am in that sense [sexual orientation]," Peterson said. "I was playing a game and I accidentally proposed to another male character in the game, and that was mind-blowing. I thought 'this is what I've been needing my whole life. This is what's important to me and to queer kids throughout the world — just having the ability to see themselves represented in games helps them stay alive and not feel alone.'"

"We figured we could be the ones to organize the whole thing and use that to uplift other queer voices," Peterson said.

This June marked the second annual iteration of this celebration of diversity in gaming.

Obviously, the COVID-19 pandemic changed Pride Month events the world over, as did the protests against racism and police brutality held in the wake of the police killing of George Floyd in late May.

The significance of that moment was not lost on Peterson, as protests in many cities reached a crescendo just as Summer of Pride was beginning.

"We had started out with well-known queer nonprofits that we knew about, who had good reputations, and then around June 2 the Black Lives Matter [protests] started to come to a head," Peterson said. "We decided that, while we were fundraising for queer organizations, we decided to reach out to some people we know who supported Black Lives Matter and we got a strong recommendation for the Bail Project, which pays the bail of people peacefully protesting."

The Bail Project helps pay people's bail and advocates for the abolition of cash bail in the United States. It received $3,311.12 from the fundraising efforts. The Bail Project did not respond to a request for comment by press time.

Spanish-language crisis hotline for trans people aided by MidBoss money
Trans Lifeline received $10,688.11 from the effort. Bri Barnett, a queer, nonbinary trans woman who is the director of development and the interim director of communications for the nonprofit, told the B.A.R. in a July 24 Google Meet interview that the organization raised even more money because awareness was spread through Summer of Pride.

Barnett said that MidBoss reached out to Trans Lifeline initially.

"This effort was really timely for a number of reasons. It was right before we launched our Spanish extension on July 1, which is our first hotline for Spanish-speaking trans people in the U.S. and Canada," Barnett said. "Seventy-five percent of the grants we give out go to [Black and Indigenous people of color] members of the trans community, so that's another incentive to make sure that these funds go toward some of the most marginalized members of the trans community."

Barnett said that to her knowledge, the Spanish extension is the first such hotline in the United States and Canada that is available for trans Spanish-language speakers. It can be reached at 877-565-8860.

"All of our operators are transgender, so a lot of people are able to process gender identity and for some people it's the first time they can speak to a member of the trans community," Barnett said.

Barnett said that the extension is not strictly for suicidal thoughts but is a general crisis hotline.

"Suicidal ideation calls have increased 70% in the past few months," Barnett said. "People are considering harming themselves because of the challenges we are facing because of COVID."

As the B.A.R. previously reported, there has been a precipitous rise in medium- and high-risk calls to San Francisco Suicide Prevention following the beginning of the novel coronavirus pandemic and its attendant shutdowns.

Barnett said that extension operators will not contact police on individual callers unless law enforcement is specifically requested.

"This allows us to have a conversation about where people are, really," Barnett said.

The Trevor Project received $5,926.20 and GaymerX received $2,531.24. Neither responded to a request for comment by press time.

Peterson said that next year, in an effort to place more of a global emphasis on the Summer of Pride event, it will be rebranded to "Season of Pride."

"We're definitely going to be doing this again," he said. "[June is] winter in the southern hemisphere, so we're going to keep the spirit alive that way."