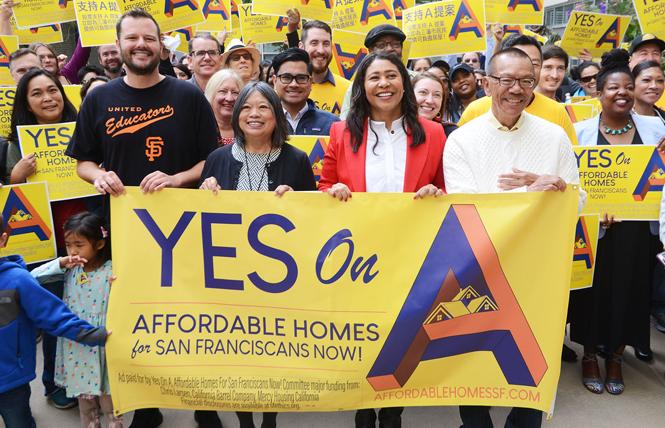 Supervisors Matt Haney, left, and Sandra Lee Fewer joined Mayor London Breed and Board of Supervisors President Norman Yee as they were surrounded by supporters Saturday, September 7, at the campaign kickoff for Proposition A, a $600 million housing bond for San Francisco that voters will decide November 5. According to LGBT housing advocates, Prop A includes language that $150 million go toward senior housing, with LGBTQ-welcoming projects a priority use for the funds. There is also language that prioritizes affordable housing projects in District 8 since few such developments have been built there while the district has lost a number of rent-controlled housing units due to Ellis Act and owner-move-in evictions.