Breed kicks off Open to All 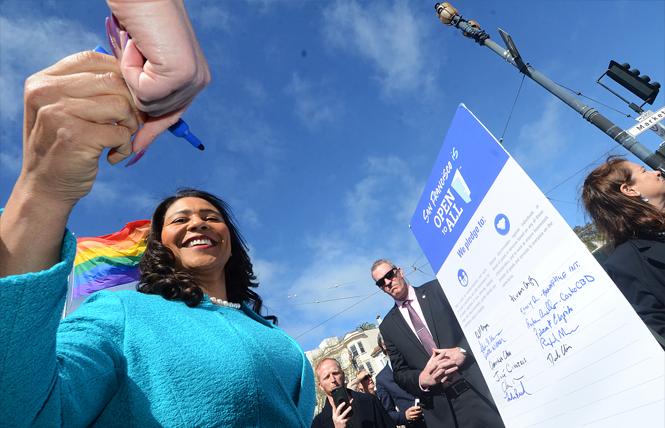 Mayor London Breed passes off a pen after signing the Open to All pledge against discrimination during the campaign's kick off in the Castro Tuesday, March 12. Gay leaders, including District 8 Supervisor Rafael Mandelman, city Treasurer José Cisneros, and outgoing Castro Merchants President Daniel Bergerac, attended the event. It encourages businesses and residents to oppose discrimination and declare that they are open to all regardless of race, ethnicity, national origin, sex, sexual orientation, gender identity and expression, religion, or disability. The national campaign has received support from dozens of lawmakers and thousands of businesses. For more information, visit www.opentoall.com.