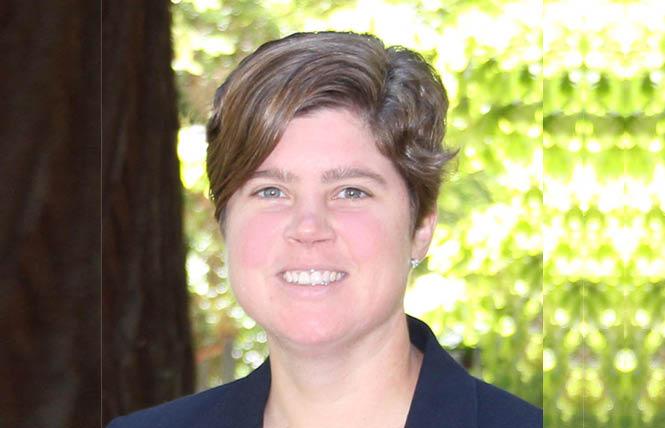 California Governor-elect Gavin Newsom, currently the state's lieutenant governor, has named a lesbian to his incoming cabinet as he prepares to take office January 7.

Finance and policy expert Ana Matosantos will be Newsom's cabinet secretary. She served as director of California's Department of Finance first for Republican Governor Arnold Schwarzenegger and then for Democratic Governor Jerry Brown between 2009 and 2013 when the state was buffeted by various financial crises.

Matosantos, 43, was the youngest person and first Latina to ever serve in that role. She previously served as a deputy legislative secretary in the governor's office and worked in the California Health and Human Services Agency and the California State Senate. State Treasurer John Chiang named her to his agency's Task Force on Bond Accountability.

She graduated from Stanford University in 1997 with a degree in political science and feminist studies. For two years Matosantos worked as a program associate at Equal Rights Advocates, a public interest women's law center, and then served as a California Senate Fellow between 1999 and 2000.

In 2011 she made headlines for being arrested for driving under the influence in downtown Sacramento. She offered to resign but Brown refused to accept her resignation.

Originally from Puerto Rico, Matosantos in 2016 served on the Puerto Rico Oversight, Management and Economic Stability Board after being named to the panel by former President Barack Obama.

Friday Newsom also announced that he had hired Ann O'Leary as his chief of staff. A senior policy adviser for President Bill Clinton and to Hillary Clinton's 2016 presidential campaign, O'Leary is the founding executive director of the Center on Health, Economic and Family Security at the UC Berkeley School of Law.

As of today she is helping to lead Newsom's "All In California" gubernatorial transition.

"I pledged an administration that would dream big and demand more — and draw on the talents of some of the most capable public servants in America," said Newsom, formerly the mayor of San Francisco. "That's what Ann and Ana represent — lives of unrivaled professional accomplishment paired with a personal determination to serve the public good."

They can also apply for official jobs in the Newsom administration. Having hired a number of LGBT staffers in his mayoral administration, and making international headlines when he ordered city officials to marry same-sex couples in 2004 within weeks of taking office, Newsom is expected to name additional LGBT people to his gubernatorial administration.

"It's time for California's state Capitol to engage more of California's diverse voices and talents, beginning with this transition," said Newsom. "This isn't going to be the usual top-down, closed-door, paint-by-numbers process. Our state government impacts millions of California lives every day and we are committed to offering unique ways to enable more Californians to help shape the future."