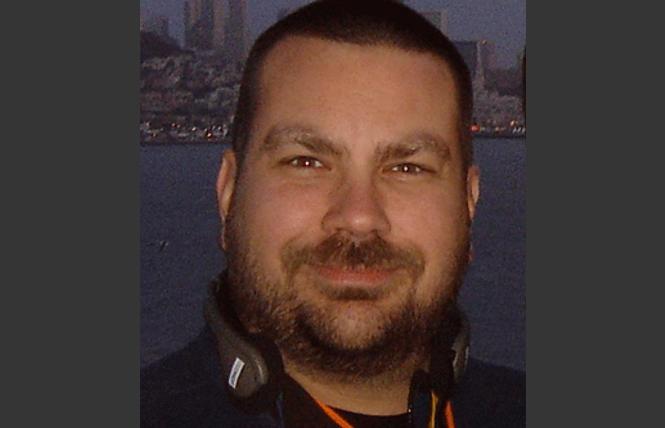 San Francisco City Attorney Dennis Herrera has recommended that a lawsuit filed by a gay man who formerly worked as the city's chief toxicologist be settled for $100,000.

On Tuesday, September 11, the Board of Supervisors voted to assign the settlement agreement to its Government Audit and Oversight Committee, which will hear the matter.

As previously reported by the Bay Area Reporter, in February 2017 Nikolas Lemos, Ph.D., filed a wrongful termination lawsuit against the city in San Francisco Superior Court, claiming he "begrudgingly resigned" in July 2016 after he was "instructed ... to engage in unlawful activity" by assisting "an unlicensed forensic toxicologist to illegally perform DUI alcohol testing."

That alleged unlicensed toxicologist, Luke Rodda, Ph.D., replaced Lemos in July 2016 after Lemos resigned. Rodda is still serving as chief toxicologist, according to court documents and Rodda's LinkedIn profile. The suit claims the medical examiner's office kept Rodda on staff even after it was learned that Rodda didn't meet the requirements to be certified under Title 17 of California's Code of Regulations, which addresses DUI analysis.

The Office of the Medical Examiner did not respond to the B.A.R. for a request for comment or to confirm that Rodda is a licensed forensic toxicologist.

Lemos had worked as the city's chief toxicologist since October 2003 where he conducted and supervised "testing to determine whether there were drugs or alcohol in victims of sudden, unexpected, or violent deaths, as well as in living people charged with crimes such as sexual assault and driving under the influence," Lemos' complaint states.

The city hired Rodda in May 2016. The lawsuit claims that after reviewing materials that Rodda provided that year, Lemos concluded that he "likely did not have the necessary academic and professional credentials to be certified under Title 17," the complaint says. In the court document, Title 17 is explained as requiring "technicians conducting DUI tests to have various certifications from governing boards and state departments in the areas of forensic toxicology and alcohol analysis," and that, "Only appropriately educated and certified scientists can conduct forensic alcohol testing on DUI suspects in California."

Lemos said in the filing that he notified Christopher Wirowek, the medical examiner's deputy director, who told him "not to do the job" of the state certification authorities and ordered him to nominate Rodda for certification anyway.

Lemos' attorney, Robert Nelson, is pleased with Herrera's recommendation and is hopeful the settlement will be approved by the city.

"There are risks and issues on both sides when it comes to employment cases," Nelson said in a phone interview. "This settlement is a fair recognition from those on both sides, from Lemos and the city."

Nelson also acknowledged that Lemos feels comfortable in settling the case because he believes the city has taken steps to ensure that nothing "inappropriate" has happened, referring to Rodda's job duties and correlating certifications and qualifications.

"At this point given the passage of time and to the best of our understanding and steps taken, nothing inappropriate has happened," Nelson said.

Adachi and the San Francisco Public Defender's office did not respond to comment from the B.A.R.

Adachi said in a follow-up email sent to the B.A.R. last year that Chief Assistant District Attorney Sharon Woo called him and said that because "the chief toxicologist did not do any of the testing himself there is no reason to question what may have happened or the integrity of the testing."

Alex Bastian, a spokesman for Gascón, previously told the B.A.R. that "Dr. Rodda has not tested nor attested to any Title 17 DUI cases, and it appears as though the lab is in compliance with Title 17."