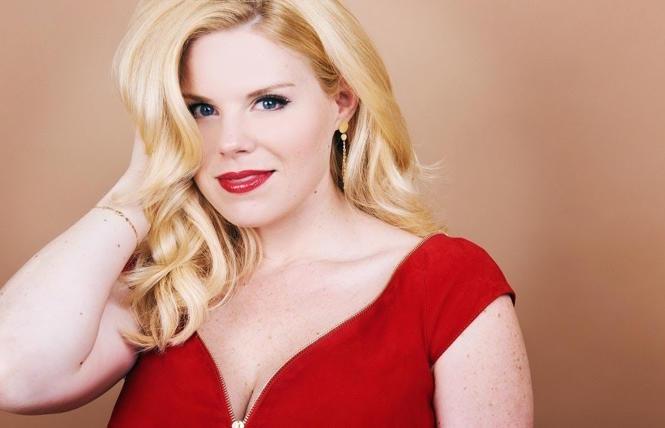 Megan Hilty is most recognizable for her portrayal of seasoned triple-threat Ivy Lynn, in NBC's musical drama Smash. Most recently she starred as Patsy Cline in Lifetime's original movie Patsy & Loretta, for which she earn a Critics Choice Award Nomination for her performance. Perhaps you saw her sparkling Broadway debut as Glinda in Wicked, which she also performed on the national tour and in Los Angeles.

Rudetsky's witty repartee with Hilty and many musical theatre stars can also be enjoyed on his and his husband's YouTube series, Stars in the House.

But we're definitely tuning in for Hilty's July 26 concert.

Other previous concerts (available for review) and upcoming shows include stars Norm Lewis (The Phantom of the Opera, The Little Mermaid) through Aug. 5, Cheyenne Jackson (Xanadu, American Horror Story) on Aug. 2 & 3, and the dazzling dance concert, I Am Tango, through August 20.

Seth Rudetsky's internationally acclaimed Broadway concert series first began in Provincetown at The Art House in 2011. Now a weekly virtual series titled The Seth Concert Series, the sheer number of performers he and producer Mark Cortale have presented is "am-ahz-ing."