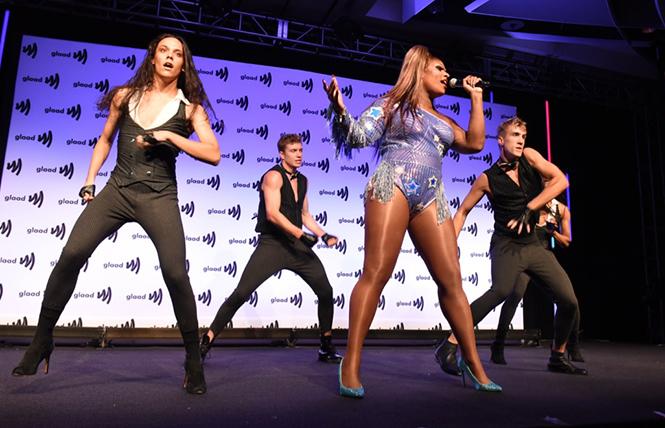 Cast members from the hit CBC series Schitt's Creek, along with other stars, were in attendance at the San Francisco edition of the annual GLAAD Awards.

Patrons (including Heklina and Juanita MORE!) enjoyed drinks, auctions and dinner at the elegant night. http://www.glaad.org