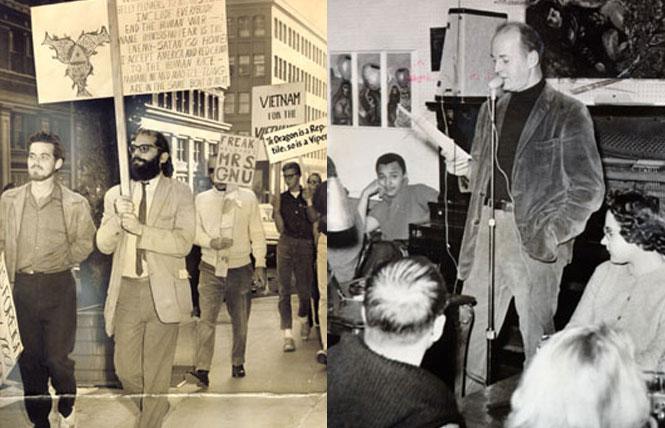 A literary spark started fires on the east and west coasts of the U.S. following World War II. The Beat writers in New York and the Berkeley (or San Francisco) renaissance poets in the Bay Area started out separately, but they converged in a conflagration that still gives light and heat today. Their respective circles spent time in bars and coffee houses in San Francisco - some unexpected and many still here.

Jack Spicer met the poet Robert Duncan in Berkeley in 1946. Lewis Ellingham and Kevin Killian's biography of Spicer, Poet Be Like God, notes that it was such an earth-shaking event that Spicer later called '46 the year of his birth - renouncing his first 21 years of life. 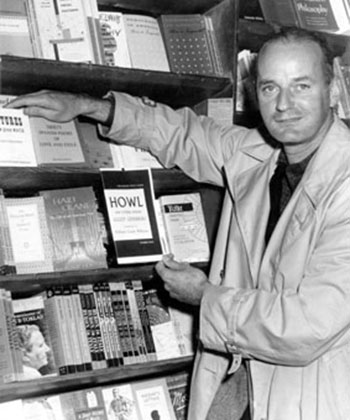 Duncan published his groundbreaking essay, "The Homosexual in Society," two years before their meeting. Together with the poet Robin Blaser these three gay men were key figures in the movement that would be the San Francisco Renaissance.

Spicer and Duncan both participated in Madeline Gleason's first Festival of Modern Poetry in 1947. It was so successful that by 1951 it moved from a gallery to the San Francisco Museum of Art. Spicer was also one of the founders of the 6 Gallery (3119 Fillmore), where Allen Ginsberg first read "Howl" on Oct. 7, 1955 (a year after Ginsberg moved to San Francisco).

Unlike Duncan or Blaser, Spicer spent a considerable amount of his time in bars. His drinking would ultimately cause his death at age 40 in 1965. Because of this, both his life and occasionally his work reflect the gay bar culture of the '50s and '60s.

Ellingham and Killian's biography mentions that Spicer spent time at the White Horse by 1950. Spicer's poetry mention gay bars in several places, including in "Imaginary Elegies I," where he says:

"When I praise the sun or any bronze god derived from it/
Don't think I wouldn't rather praise the very tall blonde boy/
Who ate all my potato-chips at the Red Lizard." 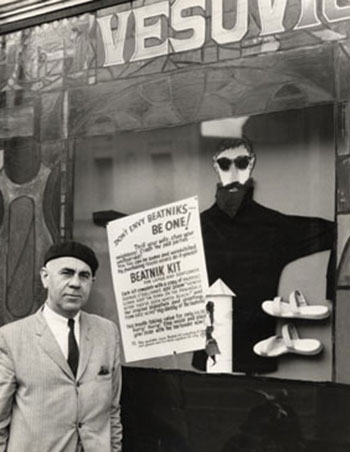 The Red Lizard (545 Washington) was the bar in the Old Grotto restaurant. It existed only from 1948 to 1951, and aside from the mention in a Spicer poem is notable because it was owned by Sol Stoumen, who also owned The Black Cat.

Besides referring to the Red Lizard, Spicer also mentions The Black Cat and The Place (1564 Grant) in his work. The Place was a bar where the Beats and the San Francisco Renaissance poets came together.

Black Mountain College alumni Leo Krikorian and Knute Stiles were the owners and the bar featured 'Blabbermouth Night,' where Spicer presided. It was an open mic night where patrons would read their latest work or spout nonsense until the audience either cheered or jeered them off the podium.

The poet John Allen Ryan, a founder of 6 Gallery with Spicer and a sometime lover of Ginsberg, was a bartender at the Place. Spicer also mentions the Handlebar (1438 California) one of the first Polk Street bars from the early '60s which marked the transition of gay men from North Beach to Polk Street.

The most surprising place where Spicer held court still exists: Gino & Carlo's (548 Green). When Gino Guidi and Carlo Matteucci opened their bar in 1942, I would guess they didn't plan on it being a gay bar. Yet by 1960 it was, at least in part, just by force of Spicer hanging out there with his circle of friends.

It was at this bar where an encounter between Ginsberg and Spicer took place that Blaser reported in his Collected Books of Jack Spicer:

"Allen arrived at Jack's table in Gino & Carlo's bar and said he'd come to save Jack's soul. Jack replied that he'd better watch it or he'd become a cult leader rather than a poet."

I spoke with Lew Ellingham, who moved to San Francisco in 1954 and was part of Spicer's circle, about the bar. He recalled that poet George Stanley once stood at the front of the bar and pointed at Grant Street (home of the Beat bars) and said, "The distance is infinite." 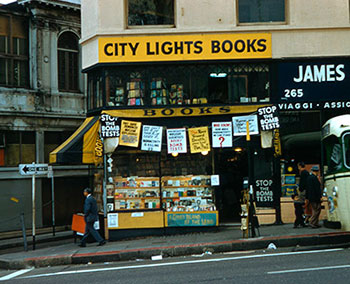 The distance was actually just a few blocks. Miss Smith's Tea Room (1353 Grant) was a gay bar where both the Beats and the Renaissance poets gathered. It became the Coffee Gallery in 1959 and remained a site where beat writers read and gathered through the '60s. This is the current location of Maggie McGarry' Irish Pub.

What is particularly interesting is that gay bars were a neutral territory for the Beats and Renaissance poets. I asked Ellingham if the Anxious Asp (528 Green) was claimed by one of the groups of writers. He responded, "It was gay."

The Anxious Asp is also of note as in the men's bathroom the walls were papered with the homosexual behavior sections of Kinsey's Sexual Behavior in the Human Male - an appropriate decoration for the era before Stonewall when sexual behavior and not sexual identity was paramount in both Beat culture and the gay world. 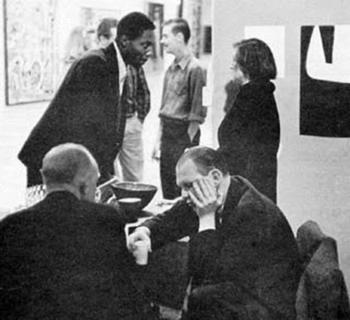 Because the Beats were not as concerned with identity, the bars they mention don't fit a gay/straight dichotomy. Ginsberg wrote a poem on September 1954 entitled "In Vesuvio's Waiting for Sheila" which appears in his Journals Mid-Fifties 1954-1958. It's of note because it marks his last heterosexual relationship before he met Peter Orlovsky (who was his partner for the rest of his life).

Vesuvio's (255 Columbus) makes it into the mythology of Jack Kerouac as well. On an evening in 1960 he had arranged to visit Henry Miller in Big Sur. But instead of making the trip he spent the evening drinking in Vesuvio's, calling Miller periodically to update him on his (lack of) progress.

Though the Beat era passed quickly in San Francisco, its influence did not end immediately. Ginsberg took part in one of the first protests of Vietnam in town, in 1963 (while Kennedy was president).

Gino and Carlo's was where Janis Joplin met Jae Whitaker in spring of 1963. Joplin performed frequently at the Coffee Gallery, which is also the spot where the Jefferson Airplane first played. The influence of the San Francisco Renaissance is still with us as Lewis Ellingham's most recent book of poetry Black Sand was released earlier this year.

Upon her death in 1979, Madeline Gleason's partner of twenty-five years, Mary Greer, eulogized her by saying, "Madeline died of despair, what all poets die of."

There is only one way to defeat such despair -by reading the works of these writers- and the perfect spot to read them is in one of the bars where they gathered.