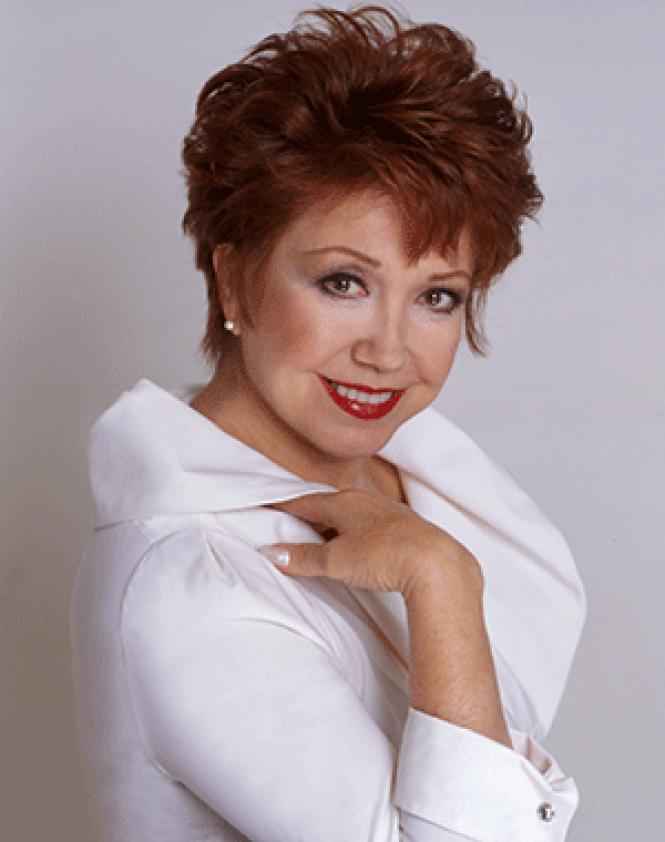 Donna McKechnie will appear in Help Is on the Way
XXII: On the Red Carpet, Idols and Icons.
Photo: Courtesy the artist

One of the biggest names in Broadway history, Donna McKechnie won a Tony Award for her performance as Cassie in the original production of A Chorus Line. That was but one of numerous Broadway musicals to star or feature McKechnie. She has also made a few films, performed extensively on television, and is a respected choreographer.

All of McKechnie's dreams have come true, and she has always been ready to lend her name in support of the LGBT community. On Aug. 21, McKechnie will join other stars onstage at the Herbst Theatre for Help Is on the Way XXII: On the Red Carpet, Idols and Icons. The evening will benefit the Richmond/Ermet AIDS Foundation, an organization dedicated to raising funds for AIDS charities. This particular evening will benefit Meals on Wheels San Francisco and the AIDS Legal Referral Panel.

McKechnie spoke to the B.A.R. from her home in New York about what this cause means to her. She recalls seeing the theater community decimated by HIV during the plague years of the 1980s and early 90s. "What I love about Richmond/Ermet is that they don't give up," she said. "When it seems like a crisis is over, it's moved over by the wayside, but the war is not over."

She noted that in spite of medications that can keep many people healthy for years, AIDS can still kill. "I love the organizations that keep going and don't say that it's over," she said. "Thank God people can be stabilized, but this is not a cure. There are people still living in dire straits who need help."

McKechnie added that she has personal friends who are living with HIV. "To have friends who are doing very well gives me hope," she said. "I'm happy to help get the word out â€" it takes great vigilance."

When McKechnie appears at Help is on the Way, she'll be joined by other famous names. Those scheduled to participate include Sally Struthers (All in the Family ), Jai Rodriguez (Queer Eye for the Straight Guy), American Idol 's LaToya London and Melinda Doolittle, jazz great Sony Holland, and X Factor's Jason Brock, who calls San Francisco home and is a regular on the local cabaret scene.

When it's McKechnie's turn to step into the spotlight, she'll be sharing a story, through song and dance, about one of the most magical nights of her life. "I tell the story of how I met Fred Astaire when I was doing A Chorus Line," she said. "It's one of my favorite stories. I'll be 'dancing' with Astaire during the performance."

Astaire (1899-1987) is fondly remembered as one of the 20th century's greatest dancers, and was one of McKechnie's idols. Recently she worked with another of her idols when she was asked to choreograph a show for fellow Broadway superstar Chita Rivera. McKechnie feels enormous gratitude for all she's achieved.

She also wanted to give a shout-out to fans of Dark Shadows. Her role on the series as Amanda Harris, aka Olivia Corey, is probably her second most famous character after A Chorus Line's Cassie. She was disappointed that she couldn't attend the series' recent 50th anniversary celebration this past June due to a work commitment.

"I wanted to see everyone," she said. She was particularly grateful to DS fans who wrote to producers all those years ago regarding Amanda/Olivia's supernatural love story with Quentin Collins (David Selby), the show's handsome, immortal werewolf. Fans loved their storyline. McKechnie's appearance on the show stretched from the originally intended few episodes to six months. She enjoyed being reunited with Selby in recent years to record The Eternal Actress and The Darkest Shadow, two DS audio dramas now available on CD via Big Finish Productions.

McKechnie also acknowledged the immense fan-base that she has in the gay community â€" the theater community has always been a safe haven for LGBT people. "I always felt privileged to be in a world that's so embracing," she said. "People of all races and all persuasions â€" I feel happiest when I'm with people who are accepting. There's a lot of ignorance in the world. Being open and accepting is a very comfortable place to be."

Help Is on the Way XXII: On the Red Carpet: Idols and Icons, Sun., Aug. 21, Herbst Theatre, SF. Tickets: cityboxoffice.com.