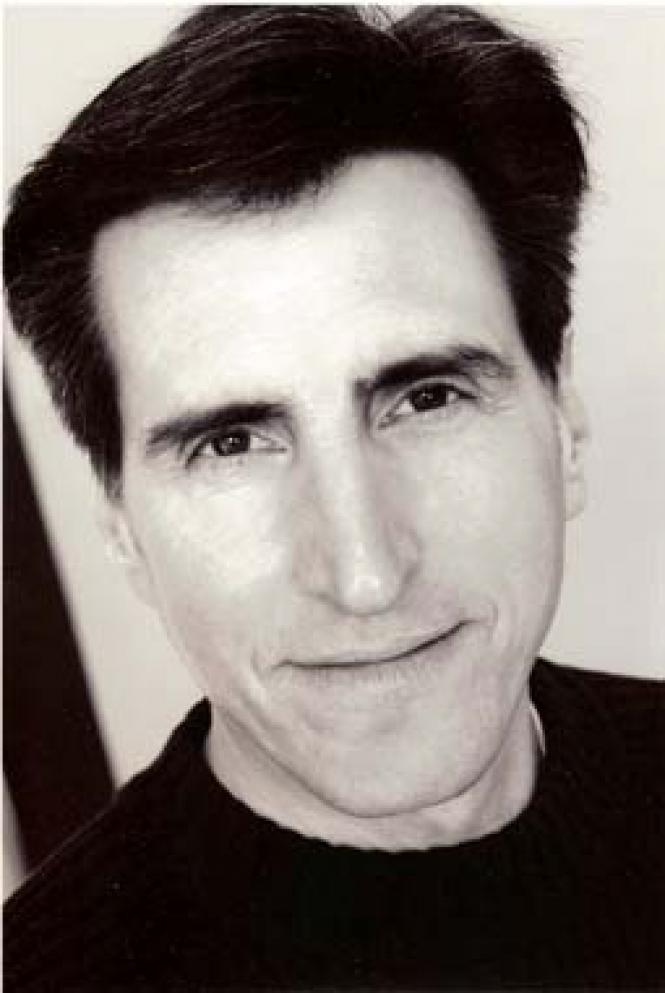 Paul Rudnick knows why God invented the movies. "People think it was to entertain the masses," he said, "but it was really to allow people like me to write off-Broadway plays."

The author of such off-Broadway plays as Jeffrey, The Most Fabulous Story Ever Told, and Valhalla needs a Hollywood fix every few years for a bank account that usually suffers during the long and uncertain gestation of his theatrical projects.

"A play, for me, can take a year to four years to complete, and over that four-year period, I'm not making a penny, and then often the play can open and doesn't do so well, so it's not going to make much money in the future. That's why God invented the movies."

And so such screenplay credits as In and Out and the remake of The Stepford Wives can underwrite a project such as Valhalla, Rudnick's most recently produced full-length play, that didn't run as long as expected in its 2004 New York production. But there will be at least some royalties coming Rudnick's way thanks to the production of Valhalla opening May 20 at New Conservatory Theatre Center.

"The play kind of divided people in New York," Rudnick said. "It's got a fairly complicated, but I hope entertaining structure to it. It's set in two time periods that are eventually intertwined, and I think some people felt in disagreement with that structure, and other people relished it."

Valhalla mixes together the stories of King Ludwig II, famous for the ornate Bavarian castles he built during the 19th century, and of a fictional character growing up gay in 1930s Texas with an intense love of beauty that overflows when he sees Ludwig's castles as a soldier during World War II.

"Beauty, which is an endlessly definable term, is something that at first blush feels extremely shallow and even deeply unnecessary," Rudnick said. "But then imagine a world without it, and that's kind of what Valhalla focuses on."

The playwright has had a long obsession with Ludwig, who was deposed after the government had him declared insane, and whose death soon thereafter remains a mystery. "He wanted to be sort of a fairy tale king, and live in a world that wasn't quite possible," Rudnick said. "His castles are the most glorious theatrical creations, and his life, which has both triumphant and tragic aspects, just seemed really juicy and somehow spoke to me on all sorts of disturbingly personal levels."

As far back as Jeffrey, Rudnick has created characters whose gayness is a given rather than the crux of the plot. "One of the things I find so gratifying about the current tidal wave of gay theater is that it takes some of the responsibility off any individual writer. If you were writing at a time when there was only one gay play every 10 years, then you'd feel a responsibility to create kind of idealized gay role models."

Rudnick is currently working on a comedy titled Regrets Only that will be produced by the Manhattan Theatre Club in the fall. Yes, he said, it has both gay and straight characters.

"On the one hand, I understand the curiosity about gay-straight subject matter, but on the other hand you'd think the world would have reached the point where you ask more about what's the actual subject matter as opposed to the gender preferences of the characters."

So, what is the actual subject matter of the new play? "Sorry," Rudnick replied. "You'll just have to come see it. It's set in Manhattan among the higher orders, and that's as far as I'll go."