I (still) want my MTV: queering the once-diverse music channel 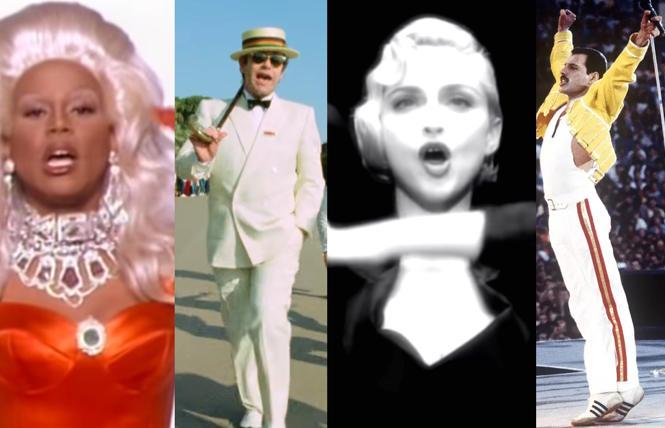 Now that the film and music awards season has passed with more than a little controversy, let's discuss the greatest vehicle for the mass communication and marketing of LGBTQ culture. Several months ago, MTV celebrated its 40th birthday, with no mention of the subtext of the channel: the open exploration of the use of ambisexuality as a visual and cultural hook.

MTV came to Earth (and moon) as a technological stroke of genius. The very concept of a 24-hour, 365 days per year music video channel, for decades, was beyond revolutionary.

One of the first to exploit the channel, Madonna, is currently celebrating the 30th anniversary of her extremely provocative book of fantasies, "Sex," photographed by Steven Meisel, the primary mastermind behind the supermodel phenomenon. The book propelled the imagery of gay sexuality into the forefront of popular culture.

I reached out to some very talented, learned, passionate and educated entities about the channel, and their music video queer favorites.

Paul Parish, dance critic, Bay Area Reporter
On music videos and ambisexuality: "Music videos are actually separate from the music. The imagery itself, accompanying the music has a dreamlike existence of its own. The artists were the source of the glamour, and there has to be a mystery about what they are thinking and feeling about gender. The only way to keep anyone's attention is to go for both." 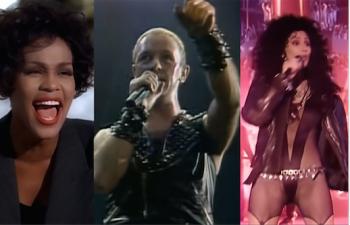 James Mabe, photographer
"In the channel's beginning, you saw huge expressions of great creativity produced for very little money, which was part of its charm. When you're working in a system that does not have any concern about the actual product, that is when art and creativity happen. Money can actually restrict creativity, because money often changes the requirements."

The channel, however, quickly picked up its stride and became the ultimate tool to affect advertising, beauty, self-image, fashion, sex and even politics, including the way we saw music, all using the allure of ambisexuality, a quality not lost on others, worldwide.

Youtube sensation and fashion curator Michael Schiavoni gleefully remembers, "I would run home from school every day to watch it. Every ruffle, feather, shoulder pad, coif, crucifix and knowing look into the camera was thrilling for me. I loved every second of it. It was very reaffirming."

Soon, the ultimate question on MTV was who would outdo the other, utilizing the best and brightest in models, dancers, actors, costume designers, directors, makeup artists and hair dressers, to bring the prestige, sales and drama to a fevered pitch.

Michael Johnstone, costume designer
"All of those professionals helped shed light on gay/queer culture. I remember Eurythmics, Bronski Beat and others bringing awareness of outsider aspects. It was very inspiring to see Elton John, Queen and many others reach out to the world."

David Faulk, costume designer and Johnstone's life and business partner
"MTV was one of the last water cooler-type of shared experiences in a social landscape far beyond conformist society. It had different and extremely expressive cultural voices."

Chris Royer, former Halston model, Halstonette
"The world of style and high fashion was key on MTV had now reached out to me. My response was immediate. I remember the rap group TLC as being very fashion-forward, hip, sexy and edgy. I was very happy to see supermodel Cindy Crawford on her show, "House of Style." She put Kate Moss in a vintage handkerchief Halston dress, and she looked stunning! I'm sure that Halston would have been very pleased. Cindy was a great catch for MTV to really help people see and understand fashion." 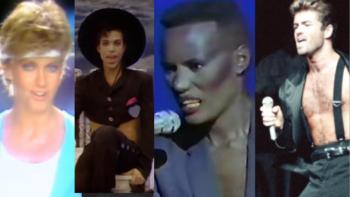 David Leddick, Revlon's former International Creative Director for over 20 years, and ICD for L'Oreal Cosmetics, offered his laser-cut opinions about the icons of MTV.

"I directed a lot of commercials for L'Oreal Paris, and in commercials and videos, you want to see movement. No one moved like Michael Jackson, and if they moved like him, you knew where they learned the moves.

Whitney Houston was a superb talent, 100 years ahead of her time; extremely beautiful. Prince was obviously a genius. He will be remembered more for his music than his music videos.
Janet Jackson is sassy, modern, very intelligent and everything that she does has excellent construction.

Makeup artist and author Kevyn Aucoin internationalized makeup beyond cheeks, lips, and nails, etc. He was as important as any of his celebrity clients.

Video director and celebrity photographer Herb Ritts was obviously the inheritor of George Hurrell, George Hoyningen-Huene and Horst. Herb made everyone look deceptively natural and sexy. I don't think that he cared too much about getting into their personalities, but, that's him creating images. That's Hollywood."

However, when I interviewed RuPaul, he said, "Working with Herb Ritts was a meeting of the minds, and you see what we got. We inspired each other's work. A lot. I miss him."

"I really admired the way MTV did not shy away from fetish imagery in all genres of music and its videos," he said. "Let me start off by saying that the metal group Judas Priest and leather lead man Rob Halford deserve the most credit for bringing authentic leather fetish gear to music videos, and he also had an excellent voice. The fact that he is from the Bay Area and bought his gear from San Francisco's Mr. S Leather and other stores in the city made me respect him all the more. I enjoy all of the leather metal groups and hair bands, but, Rob is the first and best."

MTV influenced every aspect of how many gay people lived their lives in the gym, at the barber shop/beauty parlor, nightclubs, school, the baths and bedrooms, but, no one could have ever predicted the heartfelt representation of the bold, beautiful Pedro Zamora, the world's first openly gay HIV-positive reality show star on "The Real World: San Francisco." Zamora's authenticity staggered and humanized the gay community worldwide. He is truly the angel of MTV.

The title of 'Diva Assoluta' of MTV undoubtedly belongs to Madonna. No one has come close in scale, scope or daring.
David Leddick opined, "She is The Great One. No one else has done as much to advance gay sensibility in music videos and culture. As far as the "Sex" book, she really made the world look at gay people. She put the talent of the gay community in people's faces and made people have to look at us and deal with it. She had this perfect attitude about it. She's a great icon for both gay people and feminists. She's just like, 'F.U.'"

I thought that one of the great voices that has gone underrated with her effect on pop music and music videos is Mariah Carey. I reached out to Black gay cultural anthropologist Bob Mathis-Friedman, M.A.

His opinion of the diva is, "I think that Mariah is a genius. She has a hand in everything she does, and is brilliant in marketing herself. I've noticed that others have tried to market her, but, they don't know what they're doing. She really is the queen of singer-songwriters, and she's the queen of Christmas. That is the ultimate marketing move."

When I asked Bob who was MTV's most influential openly gay person, his answer was swift and sure.

"The openly gay person who's benefited most on MTV is RuPaul. MTV embraced and legitimized him as an artist on their extension channel, VH1. They gave him his own television show in the 1990s, and are in partnership with him again with 'RuPaul's Drag Race.'"

The influence and inspiration that MTV sparked within the gay community is summed up pretty nicely by Jacob Kircher, Senior Lead Visual Merchandiser for a major clothing chain.

"As Madonna and Whitney gave way to Britney and Christina, I knew that there was a place for me. I see the gay influences, and they all inspire me, a little adopted Latino boy from out of the Midwest. They let me know that there were people like me in the world, and that I was not alone, so I moved to San Francisco to live my life."