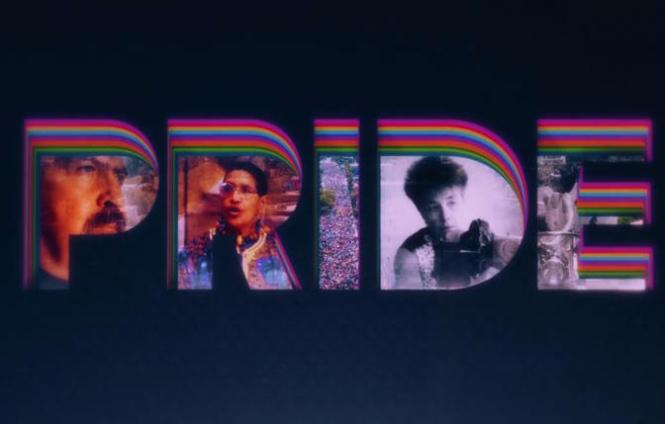 There is history we are all-too-familiar with here as well as entré nous insider history, like how Christine Jorgensen's blonde good looks allowed her to become a trans poster girl while other trans people, notably trans people of color, were silenced. 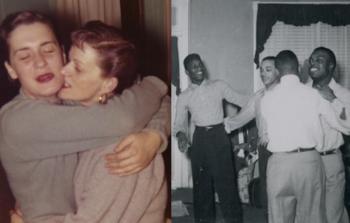 These are not the standard corporate-driven made-for-straight/cisgender-TV takes. Much of what is here will feel new even to LGBTQ viewers, and there is a layer of anger in some of these works that is usually edited out by straight studios.

Pride is also not just another white gay male rendering of our collective history. While there is only one female director, which is definitely a failing here, there are four directors of color: Dunye, Ford, Ahn and Haber, which is refreshing and makes for a very different perspective on LGBTQ history which has been largely told through a white lens. Additionally, Ford is a trans man (and was the first openly transgender man to be nominated for any Academy Award, in documentary, in 2018). Haber is non-binary. 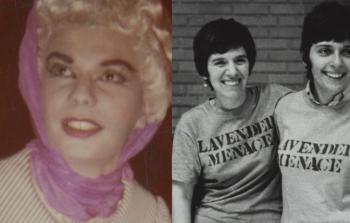 Dunye's film is particularly entrancing, and a personal favorite, focusing as it does on our longtime friend, lesbian filmmaker Barbara Hammer, and our mentor over a decade, poet, essayist and activist Audre Lorde. Some might feel Dunye gives short-shrift to other issues of the era, like Anita Bryant, but the story Dunye is telling —especially as the sole lesbian director here— is an untold tale of lesbianism and lesbian culture and society at that time.

The 1980s film utilizes extraordinary footage —from more a thousand hours— including some shot by New York gay scene videographer Nelson Sullivan from 1982 until his sudden death from a heart attack on July 4, 1989, at 41.

This moving series, with its charting of the rise of the AIDS epidemic, is also a good companion piece to FX's Pose.

Pride is an amazing and at times breathtaking series, even where it misses the mark. It is both inspirational and aspirational. We revisit histories that have been long ignored via narrators who have often been silenced. The links between the activism of other eras and our own are clearly drawn. And Haber's film reminds us we are still fighting for our very lives. On FX and Hulu, it's a must-watch. 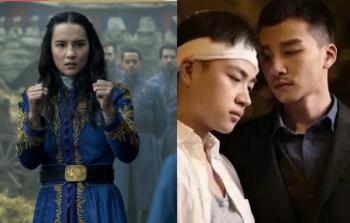 Shadow and Bone is a fantasy series on Netflix starring an Asian main shero Alina Starkov (Jessie Mei Li), who faces racism and misogyny. Jesper Fahey (Kit Young) is a queer character. The layered diversity of this series is compelling, and a welcome addition to the fantasy genre with an Asian woman lead.

Meanwhile, here are some other Asian LGBTQ shows you can watch on YouTube. The men in these series are uniformly gorgeous and mostly young, so not altogether different from American and U.K. queer series.

Mr. X and I is a gay reality-based web series from China about the lives of gay men. My Bromance is a rom-com series from Thailand about unrequited love and past love. It also covers the complex issue of homophobia among Asian parents and the influence they have over their children and maintaining the closet.

Make It Right: The Series is a sweet Thai boys-in-love rom-com series. Advance Bravely is a Chinese series with a Cyrano de Bergerac plotline.

Also, Andrew Ahn, who covers the 1960s in FX's Pride, raised funds via Kickstarter for his feature film, Spa Night, about a closeted gay Korean-American teenager who follows his desires and finds more than he bargains for at the Korean spa in LA's Koreatown. Watch on Amazon Prime, You Tube, Apple and iTunes.

The Half of It, a YA take on Cyrano de Bergerac written and directed by Alice Wu, is top rated on Netflix. Wu, a native of San Jose, is openly lesbian and came out in a feminist studies class while at Stanford.

In The Half of It, Wu's second queer feature, Ellie Chu (Leah Lewis), a smart, introverted Chinese-American teen, helps Paul (Daniel Diemer), a sweet but not so smart jock, woo Aster (Alexxis Lemire), the beautiful girl of both their dreams.


Bye, Ellen
When Oprah Winfrey left her role as doyenne of daytime TV after two decades, she left on a high, moving on to start her network, OWN, to begin a whole new chapter.

Ellen DeGeneres should have followed Oprah's lead. When she announced this week that this season will be her last, it came as both an anti-climax and a relief, not sadness. 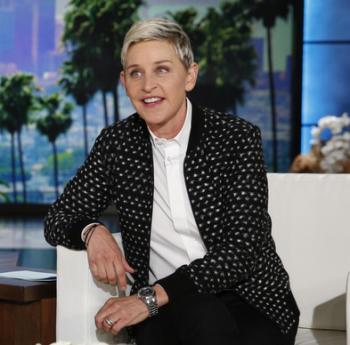 A year of scandal, upheaval, tales of a toxic work environment, racism, general nastiness and more has dogged the talk show veteran. And regardless of major changes in the show's hierarchy, as well as a clunky mea culpa from the star herself, ratings crashed and the love affair with the lovable lesbian seemed over way before Ellen herself noticed.

It's not how anyone wanted to see the most visible lesbian in America go off the air. Oprah ceded the central daytime talk slot to Ellen when she left and Ellen built a new queer brand with dancing and emotional stories and generalized fun as well as seriousness.

Ellen was America's first out TV star and she made Americans comfortable with gayness on a daily basis. Ellen informed her staff May 11 and sat down with Oprah Winfrey on Ellen's May 13 show to try and make it seem more a new chapter than a bad ending.

"When you're a creative person, you constantly need to be challenged, and as great as this show is, and as fun as it is, it's just not a challenge anymore," Ellen told The Hollywood Reporter.

Nice spin, but that's not how it looks from here. As her character Dory said in Finding Dory, Just keep swimming.

Roll credits
Still confused about masks no matter how chipper Dr. Fauci is? Bill Maher is sick with COVID despite being vaccinated, and so is half the Yankees baseball team.

So, for the excitement of our history, the celebration of AAPI LGBTQ and hopefully a light at the end of the pandemic tunnel, not an oncoming train called variants, you know what to do: stay tuned.