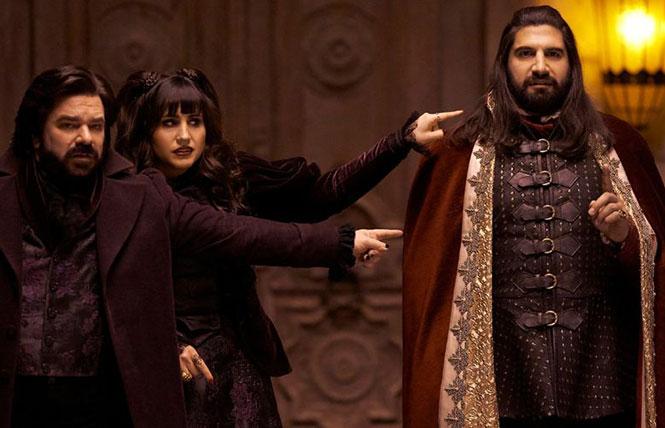 'What We Do in the Shadows'

Ellen Pompeo has been our fave TV doctor for years. Pompeo plays the eponymous Dr. Meredith Grey of Grey's Anatomy, the longest running prime time drama on ABC, and has always been politically outspoken. Pompeo took to Twitter on April 18 to call out the TV doctors who are doctors in real life for their disgraceful commentary about the coronavirus. 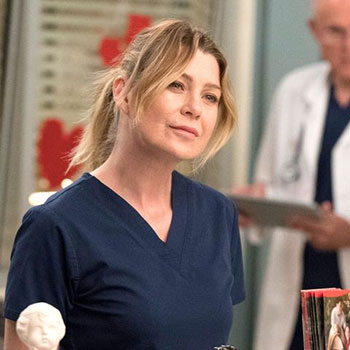 Dr. Mehmet Oz told Fox News's Sean Hannity that he thought people would be willing to sacrifice 2 to 3 percent of kids to get the economy re-started, while Dr. Phil Magraw told Laura Ingraham we don't shut the country down for swimming pool deaths or auto accidents.

While not naming names, Pompeo wrote, "The old white guy TV docs who say stupid selfish shit should yes ...walk that shit right back to your Lazy Boys and sit your stupid asses down in your living rooms on your golf courses where you live...tired out of touch old fools don't get me started today."

Pompeo, who has been highlighting the work of frontline doctors and nurses throughout the pandemic said, "...You took an oath so so many years ago to do no harm... making careless statements in this environment when so many healthcare workers are suffering physically and emotionally... is defying that oath." 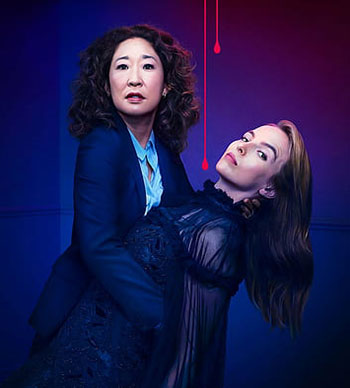 Killing it
For a decade Sandra Oh played Dr. Cristina Yang, Pompeo's bestie on Grey's Anatomy. We have never stopped missing her on that series, so we followed her wherever she went. One of those places was to the BBC/AMC series Killing Eve where she plays MI6 spy Eve Polastri who is in a death/love match with Villanelle (Jodie Comer), a Russian assassin and spy. The series is based on the Villanelle novels by Luke Jennings and was created by Emmy-winner Phoebe Waller-Bridge.

The new season of Killing Eve premiered on April 12 with a horrifying murder and a lesbian wedding in the first ten minutes. Thrilled to have finally vanquished her fatal attraction, Villanelle says so as she toasts her beautiful new bride at their wedding.

But Eve survived —unbeknownst to Villanelle— and is working as a prep cook in an Asian restaurant outside London. She's trying to recover from her PTSD and her longing for the woman who nearly took her life.

Mayhem soon ensues as Villanelle's handler Dascha (Dame Harriet Walter) shows up at the wedding and tries to lure Villanella back into the assassin business with myriad promises.

While that's transpiring in Barcelona, Carolyn (Fiona Shaw) tries to get Eve to return to MI6.

Killing Eve is a dark, darker, darkest test of wills and wits between and among a quartet of highly intelligent, deeply committed and diametrically opposed women. The heat between Eve and Villanelle is incendiary—but so is the hate.

Comer and Oh are extraordinary in their respective roles, for which each has won awards, and Shaw, who won a BAFTA for her role, is one of the greatest British actresses of any era.

Killing Eve is beautifully shot and the soundtrack is evanescently good. And the writing is superb. It's bloody—these are spies and they do kill. But what a bloody feast it is.

Comedic bite
FX is one of our favorite networks. Partnering with Hulu, the network has some of the queerest (Pose) and edgiest (American Horror Story) series on the tube.

What We Do in the Shadows is both. Set in Staten Island, the series follows the lives of three traditional vampires in a mockumentary format.

Nandor (Kayvan Novak) is a centuries-old gay vampire who is the self-styled leader of the vampire clan. Laszlo (Matt Berry) is a British vampire married to Nadja (Natasia Demitriou), a Romani vampire. Both are bisexual. Colin Robinson (Mark Proksch) is an energy vampire and Guillermo (Harvey Guillén) is Nandor's familiar.

The series revolves around the vampires adapting to the modern world with the help of Guillermo and, occasionally, Colin Robinson.

What We Do in the Shadows is quirky, clever, hilarious, surprising, sexy, queer AF and at times, quite horrifying. Season 2 debuted April 16. 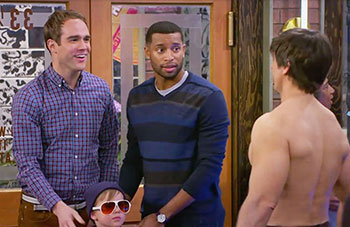 Kid stuff
Finally, if your personal ecosystem includes some kids, there are a few kids' shows with LGBTQ characters and actors you might want to check out. Or just watch yourself because even TV can seem too exhausting in the Novel Apocalypse.

There are gay dads on Nickelodeon's comedy Danger Force, a spinoff of Henry Danger that debuted in March. We love seeing rainbow families represented on the kid's network. It means that kids are getting diversity lessons while they are being home-schooled, even if they aren't being raised in a queer-friendly home.

Check out the April 4 episode to meet the same-sex couple Justin (Tommy Dickie) and Dustan (Brandon Claybon) and their adopted son, Ellis. There's a nice lesson embedded in how not all parents are opposite sex and how those assumptions aren't good for the kids. tWe weren't keen on the shirtless superhero, though—that felt way off to us.

Danger Force has a trans man in one of the lead roles. Michael D. Cohen plays Schwoz. Out queer actors Frankie Grande and Alec Mapa have also guest starred in the premiere. Dickie is also gay.

We have written about other animated series for kids that feature gay characters in the past, but if you are looking for diverse content for the kids in your life that have been GLAAD-approved, check out PBS's Arthur, where Mr. Ratburn is gay; Steven Universe has always been queer, but Ruby and Sapphire are lesbians; and Andi Mack's Cyrus Goodman became the first main Disney Channel character to explicitly come out as gay in 2017.

Out gay actor Wilson Cruz co-stars in the Hulu animated children's series The Bravest Knight, which features a gay dad couple. T.R. Knight, also out and gay, plays the other dad of Nia, the brave little knight-in-training.

When the series debuted in 2019, Cruz told the Associated Press, "We're not explaining homosexuality, or same-gender sexuality. We're talking about the love of a family."