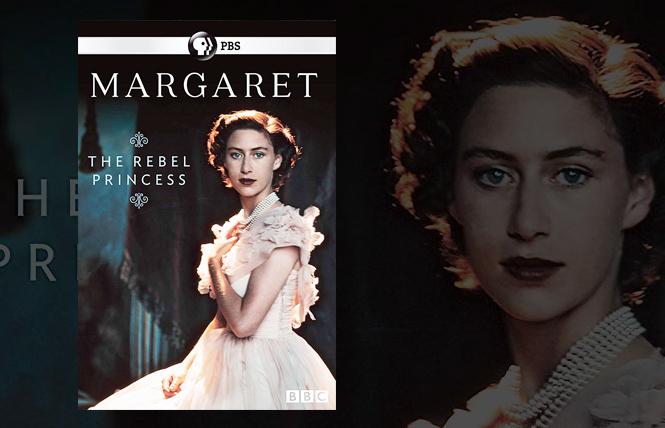 Princess Margaret, sister of Queen Elizabeth II, is having her moment, a remarkable feat considering she's been dead for 17 years. Within the last year there's been a plethora of interest in her not seen since her heyday, the 1950s-70s. The hit Netflix series "The Crown" featured her prominently in its first two seasons. She had a malevolent supporting role in the critically acclaimed Showtime miniseries "Patrick Melrose." Late last year, British journalist Craig Brown's biography "Ninety-Nine Glimpses of Princess Margaret" was published in the U.S. Finally, on Feb. 10 & 17, PBS is broadcasting the two-part documentary "The Rebel Princess" on her life. Her current popularity might be due to Prince Harry, another royal sibling, and his marriage to the biracial American divorcee Meagan Markle, spotlighting how much has changed in public attitudes since Margaret's inability to wed a divorced man in the 1950s. Her defiant nature and scandalous behavior seem au courant.

King George VI characterized his daughter Elizabeth as his pride, and his daughter Margaret (born Aug. 21, 1930) as his joy. After her uncle Edward abdicated in 1936, her world changed dramatically, becoming second in line to the throne. Yet she knew her life would be completely different from Elizabeth's. She wondered what her role could be, since she lacked formal education. She enjoyed the privileges of royalty but felt caged in by the system. She became a party icon who drank (she had a Screwdriver for breakfast every morning) and smoked continuously. She became a liberating figure for young women, leading an unconventional life, artistically inclined, a supporter of high- and lowbrow culture. She was photographed everywhere (by Cecil Beaton and Andy Warhol) with every celebrity, adorning the New French look, dressed by Christian Dior.

She could be both charming and imperious, often within the same night. She was a stickler for royal protocol, insisting on being called Ma'am and curtsied, even by her close friends and lovers. Pablo Picasso had sexual fantasies about her. Actor Peter Sellers adored her. She socialized with the Beatles. She was the rude guest from hell, demanding approval of any partygoers in advance, offering her negative opinions about the food served, sometimes refusing to eat. She could be witty in nasty ways, a master of the regal put-down, telling model Twiggy to her face that her name was "unfortunate," rebuking gay actor Derek Jacobi, "You don't light my cigarette, dear. Oh no, you're not that close," calling singer Boy George an over-made-up tart, and commenting that the problem with her gay friend author Gore Vidal was "he wants my sister's job."

Her relationship with her father's equerry Group Captain Peter Townsend, 16 years her senior, was headline news. Divorced with children, a commoner, he was considered inappropriate husband material. Age 22 when Townsend proposed to her, she needed Elizabeth's approval, who counseled her to wait till she turned 25. Ultimately she decided not to marry him, putting her duty to the Church and Commonwealth before her own considerations. As Townsend wrote in his 1978 autobiography, "She could have married me only if she had been prepared to give up everything: her position, her prestige, her privy purse. I simply hadn't the weight to counterbalance all she would have lost."

But in early 1960 when Townsend announced his intention to marry a 19-year-old Belgian woman, an incensed Margaret rebounded by becoming engaged to bisexual randy photographer Tony Armstrong-Jones. They married in May 1960 at Westminster Abbey, the first British royal wedding to be broadcast on TV, with an audience of 300 million. They became the glamour couple of the 1960s, the royal brand equivalent of Hollywood's Elizabeth Taylor (whom Margaret regularly humiliated)/Richard Burton. Initially Tony loved his "princely" privileges and social climbing, but he didn't want to lose his identity and become Mr. Princess Margaret.

A serial, sexually fluid adulterer, even producing children besides the two he spawned with Margaret, Tony encouraged her to have affairs. Yet he would disapprove of her liaisons when they became public, especially her boy toy 23-year-old Roddy Llewellyn, as they frolicked sans clothes at her safe haven on the Caribbean island of Mustique. The tabloid press hounded and lambasted the "wild child." Margaret and Tony grew to despise each other, leaving hate notes on each other's desks. They divorced in 1978 after a two-year separation. Her bad habits depleted her good looks and aged her prematurely. Burning her personal correspondence so it wouldn't become part of the historical record, she died of a stroke and heart ailments in 2002 at age 71.

Margaret migrated from the era of deference to egalitarianism, trying to straddle both poles, but fell down the middle. The documentary asserts that the current princes and princesses are the beneficiaries of the pain and suffering Margaret endured, so Elizabeth's three children could divorce, Prince William could marry out of aristocracy, and Prince Harry could partner with whomever he wanted. She was a trailblazer, representing a more accessible, public-friendly royalty, but it was a burden she couldn't carry. Ultimately her life was unfulfilling, leaving her an unhappy woman, the anti-Cinderella, a symbol of thwarted passion.