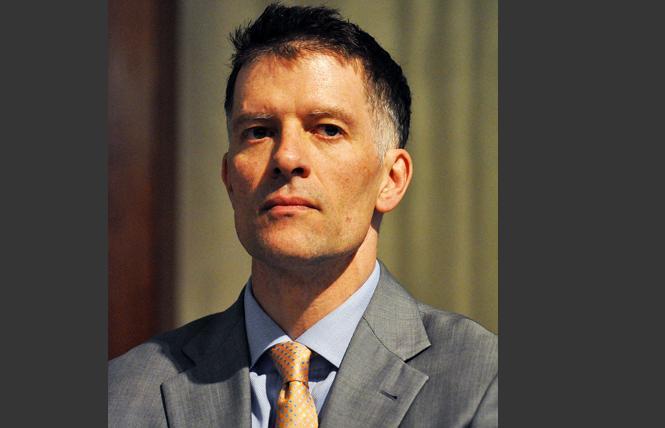 New HIV diagnoses in San Francisco continued to decline in 2020, but the COVID-19 pandemic has had a detrimental effect on HIV care, according to the latest epidemiology report from the Department of Public Health.

But HIV screening and viral load testing decreased and the proportion of HIV-positive people receiving care and achieving an undetectable viral load fell last year, with an especially dramatic drop in viral suppression among homeless people: only 20% were undetectable.

"The data from this annual report shows us that there was a high level of rapid engagement in care and viral suppression among those with HIV maintained in the first year of the COVID-19 pandemic," San Francisco Director of Health Dr. Grant Colfax said in a statement. However, he added, "Our homeless and unhoused population was disproportionately affected by the structural effects of COVID-19 and our data shows that their HIV-related health care suffered as well."

New cases — and tests — decline
When the 2019 HIV epidemiology report was released last year, showing a 19% decline in new HIV cases, experts expressed concern that the effects of the pandemic could soon become apparent. "Just like almost everything else in society, COVID-19 has disrupted our system of HIV prevention and care," Colfax, a gay man, told the Bay Area Reporter at the time.

So far, that does not appear to have happened with new diagnoses, as the reduction in 2020 continues a steady seven-year decline. But the report emphasizes that the latest data "should be interpreted with caution" due to the effects of the pandemic.

The decrease in new cases could in part be attributable to people having less sex while sheltering in place. Increasing PrEP use may also play a role. Approximately 70% of white, Latino, and Asian gay and bisexual men were using PrEP in 2020, though this fell to 63% for Black men.

But the decline could also be due to a drop in HIV testing. The new report shows an 18% decrease in the average number of monthly HIV screening tests at medical facilities during 2020 and a larger 44% drop at community testing sites. To help fill the gap, DPH launched a pilot home testing program, which administered 324 tests last year. Testing picked up during the latter part of 2020 and into 2021, but testing at community sites continued to lag.

"[We see] a concerning decline in the number of HIV screening tests that were conducted during the pandemic," Colfax stated. "This means that some San Franciscans may have had a delay in finding out their HIV status or may not yet be aware that they are living with HIV."

"I think the lower HIV diagnoses this year was a result of declining testing," Gandhi wrote on Twitter, noting that sexually transmitted infections decreased during the spring of 2020 but then increased as the pandemic went on, indicating ongoing HIV risk.

People ages 30 to 39 were most likely to be newly diagnosed, at 31%. People ages 18 to 24 accounted for 12% of new cases while 21% were diagnosed at age 50 or older. No children have been diagnosed with HIV in San Francisco during the past decade.

Latino people accounted for the largest share of new cases, at 37%, followed by whites (28%), African Americans (21%) and Asians and Pacific Islanders (11%). But these proportions reflect substantial disparities given these groups' share of the total city population (16%, 39%, 5%, and 34%, respectively, according to the latest census). All racial and ethnic groups showed a decline in new diagnoses in 2020.

Looking at all people living with HIV in San Francisco in 2020 (not only those newly diagnosed), 73% were gay or bi men, 6% were cisgender women and 3% were trans women. A majority (57%) were white, followed by Latino (21%) and Black (12%). Among those with a known housing status, 8% were homeless or living in single-room-occupancy housing.

The proportion of HIV-positive people over age 50 is rising and has reached 71%. People with HIV are living longer thanks to effective treatment, but comorbidities are common in this aging population. In 2019, 72% of deaths among HIV-positive individuals were due to non-HIV-related causes, mostly commonly non-AIDS cancers, heart disease, and drug overdoses.

Care indicators
Like HIV screening, viral load testing also declined steeply during the early months of the pandemic, with the largest drop seen in April 2020 (52%). But viral load tests rose steadily from November onward, and by March 2021 the number was just 6% below the same month in 2019.

Among people who tested positive in 2020, the proportion linked to care within a month of diagnosis remained high, at 92% — only 3% below the corresponding figure for 2019. Retention in care also remained stable, at 72%. But the number of people who achieved viral suppression within six months after diagnosis fell from 80% to 77%.

Among all people living with HIV (not only those diagnosed), DPH estimates that 96% have been tested and know their status, 73% have received care, 45% were retained in care, and 67% had an undetectable viral load.

But all groups did not fare equally well. While 72% of gay and bi men living with HIV in 2020 had an undetectable viral load according to their most recent test, this fell to 67% for cisgender women, 66% for African Americans, and 62% for people who use drugs.

Homeless and unstably housed people were heavily affected by the COVID pandemic, and this was reflected in their HIV outcomes, according to the report. Homeless people already had the lowest rate of viral suppression in 2019, at 39%, but this fell even further in 2020, to only 20%.

The DPH report indicated that it is partnering with community organizations to reach people who are currently underserved. This includes establishing mobile health access points where people can receive prevention services; testing and treatment for HIV, STIs, and hepatitis C; overdose prevention tools; and linkage to substance use and mental health services.

"We're working with our providers to ensure that the proper safety measures are put into place so people can still get the care they need," Colfax told the B.A.R. last year. "I think San Francisco is showing that it's up to the task of being able to continue our HIV prevention and care efforts in the midst of another epidemic."