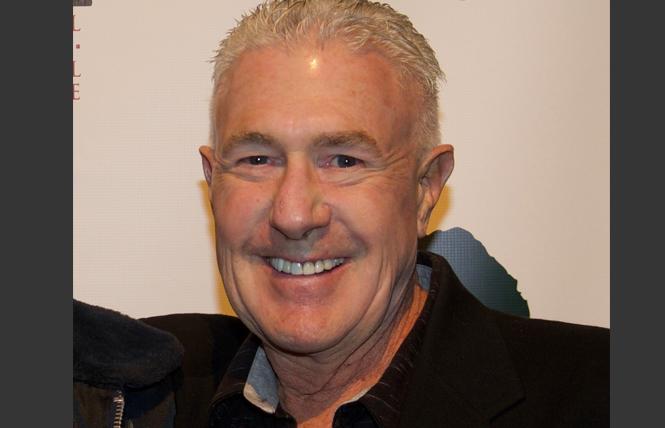 Friends are mourning the death of Randall "Randy" Schiller, a gay man and longtime community leader who died October 4. He was 71.

Mr. Schiller was a resident of San Francisco's Inner Sunset neighborhood, where he had lived for decades.

As proprietor of Randall Schiller Productions, Mr. Schiller played a pivotal role in the early years of venues such as the I-Beam, Harvey's, Moby Dick, and the Phoenix, while providing a career start to decades of young professionals, an obituary in the Richmond Review/Sunset Beacon noted.

Writing on Mr. Schiller's Facebook page, DJ Page Hodel recalled that in the 1970s and 1980s, Mr. Schiller was "king of the dance party scene."

"He did sound and lights for all the big 'mega-parties' and he was without argument the best in the business," Hodel wrote, including for Sylvester, the disco sensation.

"He was this great mixture of old-timer and edge-breaker," Hodel added. "He would show up with that ratty white van, pile out a zillion old funky beer boxes filled with every adapter/cable/plug carefully labeled and organized for emergency repair and system builds from the ground up, all on the fly."

Over the years he donated his services to Pink Saturday, Halloween in the Castro, the Folsom Street Fair, the San Francisco Pride parade, and the parties at the Galleria Design Center, the obituary noted.

"Randy was one of those omnipresent glowing beams of light at nearly every event in San Francisco," Sister Roma of the Sisters of Perpetual Indulgence wrote in an email to the Bay Area Reporter. "Like most of the nonprofits, the Sisters often approached Randy to work the sound for our fundraisers, and Randy always said yes. From our 10th anniversary to Halloween in the Castro to Easter in the Park, Randy was on board, making sure that everything ran smoothly. I will miss his calming presence, warm smile and generous heart."

"It was Randy who first brought magic to the Redwood grove in the early years of our annual fundraising gala, Light in the Grove — magical lighting, sound effects, and ethereal glowing fireflies," the AIDS grove wrote on its Facebook page. "Randy gave generously to his community in so many different ways."

Jon Sugar, a musician and friend of Mr. Schiller's for more than 40 years, wrote in a Facebook message that Mr. Schiller was an original member of "Steve Silver's Beach Blanket Babylon" and fought against anti-gay zealot Anita Bryant.

"I mixed my music, 'Gay Type Thang,' in his living room," Sugar wrote to the B.A.R. in a Facebook message. "He gave me $100 to help with my eviction; he hired five of my friends to work."

According to an obituary posted on Legacy, Mr. Schiller was born in November 23, 1948. Mr. Schiller served his country as a veteran of the U.S. Air Force. He graduated San Francisco State University with a degree in film and television.

Mr. Schiller was a competition swimmer and a founding member of the San Francisco LGBTQ Tsunami Swim Team. In 1990, Mr. Schiller won a gold medal in the 1500 freestyle at Gay Games III in Vancouver.

His retirement years were spent walking his dog Lizzie around the neighborhood and taking trips in his RV.

"The Inner Sunset will miss such an important community leader," Martha Ehrenfeld, current board chair, wrote in a tribute on the neighborhood group's website last month. "He always showed up with his sound equipment and brought the best tunes to our community street fairs and holiday parties. He volunteered to represent us on the local police station community group. On a personal note, I loved talking about the first Gay Games with him. I am so saddened by this sudden loss. Our thoughts are with his family and friends."