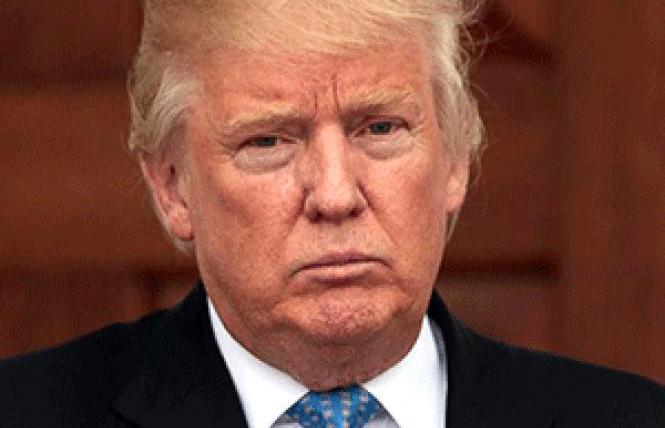 The U.S. Supreme Court issued a landmark ruling this week in terms of the immediate protections it granted LGBTQ people in the workplace, but the decision may soon provide more victories by forcing President Donald Trump to retreat on much of his administration's anti-LGBTQ policies.

After all, many of the Trump administration rule changes in enforcement of civil rights law to exclude LGBTQ people rested on the idea the definition of "sex" didn't include them. That has been undisputedly rejected in the ruling in Bostock v. Clayton County, which determined firing workers like Gerald Bostock for being gay or transgender workers like Aimee Stephens violates the ban on sex discrimination under Title VII of the Civil Rights Act of 1964.

Shannon Minter, national legal director of the National Center for Lesbian Rights, said the decision is "bound to have far-reaching implications in the full range of other sex discrimination cases involving LGBTQ people."

"Those include pending challenges to the transgender military ban, a Fair Housing Act case on behalf of a lesbian couple excluded from a retirement community in Missouri that has been stayed in the 8th Circuit pending the resolution of the Title VII cases, a number of Affordable Care Act cases challenging denials of care to LGBTQ individuals, and every policy that the Trump administration has promulgated that is based on the false view that sex discrimination laws do not protect LGBTQ people," Minter said.

Ironically, that would be because of a decision written by U.S. Associate Justice Neil Gorsuch, a Trump appointee and textualist conservative judge whose confirmation LGBTQ rights advocates vigorously opposed.

Omar Gonzales-Pagan, senior attorney for the LGBTQ legal group Lambda Legal Defense and Education Fund, said in an interview with the Washington Blade "so many administrative pronouncements" would be subject to reversal as a result of the Bostock decision.

"All of these are situations in which the administration relied on a cramped reading of sex discrimination and should be directly impacted by the decision, aside from the countless other cases laid out in the great roadmap by Justice Alito," Gonzales-Pagan said.

Top of the list for reversal is former U.S. Attorney General Jeff Sessions' memo in 2017 declaring the U.S. Justice Department won't apply Title VII to cases of anti-transgender discrimination in the workforce. That memo on its face is in conflict with the law now that the Supreme Court has explicitly determined anti-transgender discrimination is prohibited under Title VII.

Also on the list are policies explicitly interpreting laws against sex discrimination other than Title VII to exclude transgender people, such as the Affordable Care Act, the Fair Housing Act, and Title IX of the Education Amendments of 1972.

The most high-profile of these actions is the rule the Department of Health & Human Services made final just last week undoing Obama-era regulations determining Section 1557 of the Affordable Care Act applies to cases of anti-transgender discrimination of sex stereotyping.

Although a federal court had already enjoined the U.S. government from enforcing the Obama-era rule, the Trump administration by reversing the regulations in the back end effectively enabled health care providers to refuse services to transgender people, including transition-related care and gender reassignment surgery.

Now that the Supreme Court has determined anti-trans discrimination is a form of sex discrimination, the framework of the HHS policy is contrary to the law.

Minter said the reasoning the behind the HHS rule change can't hold up in the wake of the Supreme Court's determination in the Bostock case.

"The ruling is also an extremely forceful rebuke to the lengthy analysis published by HHS Friday, in conjunction with issuing its new rule attempting to strip protections from LGBTQ people under the Affordable Care Act, which argued that sex discrimination does not protect ether LGB or transgender people," Minter said. "The court's opinion eviscerates that analysis."

Title IX issues
Anti-trans policies from the Department of Education, which were made by interpreting Title IX to exclude transgender people, are also poised for reversal in the aftermath of the Bostock decision.

One is the policy of refusing to take up cases from transgender kids in school that are refusing them access to the restroom consistent with their gender identity, which is based on a narrow interpretation of Title IX. Secretary of Education Betsy DeVos has said — publicly and reportedly in private meetings — the policy would continue until Congress or the Supreme Court says otherwise.

Eliza Byard, executive director of the LGBTQ student group GLSEN, said DeVos told her the policy was dependent on the courts during a March 2017 meeting, so now the time has to come to make a change.

"Secretary DeVos must immediately reverse her attacks on transgender students' rights, which began with her very first official actions in 2017," Byard said. "Now, she can no longer hide behind the claim of waiting for the courts. Trans girls are girls. Trans boys are boys. And the law protects them from discrimination 'on the basis of sex.' Like all children, they deserve to learn and grow free from fear and in community with their peers."

Also legally suspect now is the recent determination from the Department of Education based on Title IX against the participation of transgender girls in school sports, which was made as a result of a complaint from Connecticut girls who lost to transgender athletes in a track event.

The Department of Education came down on the side of the girls who said the victory of the transgender athletes unfairly pitted males against females in a system designed to separate athletes by gender, but that reasoning is at odds with the Bostock decision.

Other rules
Trickier are other anti-LGBTQ rules from the Trump administration that weren't based on narrow interpretations of the definition of sex, but the inherent powers of the U.S. government.

Among them is the Department of Housing & Urban Development's proposal to carve out an Obama-era rule prohibiting homeless shelters from turning away transgender people based on the ban on sex discrimination in the Fair Housing Act.

The reversal under HUD Secretary Ben Carson, which isn't yet final, allows homeless shelters to refuse to let transgender people stay consistent with their gender identity based on various factors, including, privacy, safety, practical concerns and religious beliefs.

Also in this category is the rule change from various departments undoing an Obama-era regulation issued in December 2016 days before Trump took office barring federal grantees from discriminating on the basis of sexual orientation and gender identity.

Because the Obama-era policy was based on the inherent power of the U.S. government, the Trump administration invoked the same authority to reverse it, not any interpretation of "sex" under the law.

Gonzales-Pagan, nonetheless, said the Bostock decision could provide fuel for legal challenges to the HUD proposal and rollback of non-discrimination requirement for federal grantees.

"Their cramped reading of sex is the same cramped reading that they try to use here and they tried to use in Section 1557," Gonzales-Pagan said. "Obviously, the court, not just by it words but by its actions in treating with the respect that she deserves Aimee Stephens and referring to her with her chosen pronouns and talking about transgender status and sex are inextricably linked to the lack of thinking they put into these proposed rules."

Trans military ban
Trump's transgender military ban is another anti-trans policy, although legal framework for contesting the ban based on the Bostock is more complex.

Because no law prohibits discrimination on the basis of sex in the military, one might say the Bostock decision wouldn't have any impact on Trump's transgender military ban. However, according to U.S. legal jurisprudence, laws related to sex discrimination must be subjected to heightened scrutiny, or a greater assumption they're unconstitutional, by the courts under the guarantee of due process and equal protection under the Fifth Amendment.

Gonzales-Pagan, whose organization Lambda Legal is behind litigation against the ban percolating in the 9th Circuit, said that logic should apply to the transgender ban.

"The same analysis and thinking applies," Gonzales-Pagan said. "Granted they are different provisions, but if the analysis is that you cannot discriminate based on transgender status without discriminating based on sex, then yes. And so, really an implication of this decision is that in some ways, heightened scrutiny now theoretically applies across the country both as to sexual orientation and transgender status."

But if the Trump administration is preparing to reverse its anti-LGBTQ policy in the aftermath of the Bostock ruling, it doesn't appear to be in a hurry. Each of the departments contacted by the Blade on whether they plan to change anything after the ruling said at most they were reviewing the decision.

White House press secretary Kayleigh McEnany, asked by the Blade Wednesday if Trump wants the decision implemented narrowly or extensively, said that would be up to the Justice Department.

"In terms of how it's implemented, DOJ will lead the multi-agency effort to help provide certainty to the regulated parties," McEnany said.

McEnany said she wasn't aware of Trump planning to have any conversations with DOJ about the implementation of the decision.

Asked by the Blade whether Trump thinks the ruling is a civil rights win, McEnany didn't answer that question, but quoted a portion of the dissent from Associate Justice Brett Kavanaugh saying he disagreed with the majority, but the win was important to gay and lesbian people.

"I thought that was a very good quote from Justice Kavanaugh," McEnany said, declining to mention anything about transgender people in response.

The Justice Department didn't respond to the Blade's request for comment on the way the Trump administration intends to implement the ruling.

Religious schools
One factor that could be holding them up is the upcoming decision from the Supreme Court in the cases of Our Lady of Guadalupe School v. Morrissey-Berru, Agnes and St. James School v. Darryl Biel, which will determine whether religious schools are entitled to a wider religious exemption from non-discrimination laws, including Title VII, in terms of hiring practices.

If the Supreme Court rules in favor of the religious schools, it would undercut the decision it just issued on Title VII, and likely factor into new regulations coming from the Trump administration on the Bostock ruling.

Another caveat could come from the Supreme Court during its next term as a result of its forthcoming decision in Fulton v. Philadelphia. In that litigation, Catholic adoption agencies are seeking a First Amendment right to refuse child placement into LGBTQ homes. A ruling in favor of Catholic Social Services could undercut the Supreme Court's ruling in the Title VII cases.

Minter said the decision in the Catholic school cases "applies only in employment," but the upcoming decision from the Supreme Court in the Fulton case is another story and "could potentially have a much broader impact."

"Depending on how the court rules, Fulton could create new religious exemptions that apply in virtually any context, federally funded social service agencies of all kinds, not just adoption agencies, and potentially even in for-profit workplaces," Minter said.