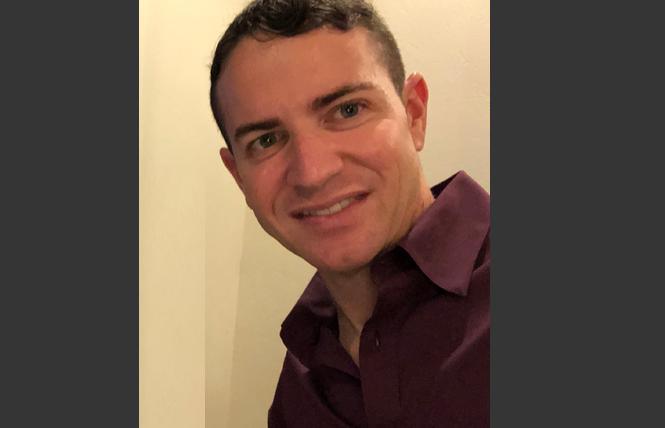 Celebrating Pride this June is anything but what we'd envisioned for 2020. It's markedly muted — no consummate parade or significant celebration. Many are understandably focused on immediate concerns — health, politics, and the economy. A pink triangle may illuminate San Francisco's Twin Peaks, but Pride's colorful riot is amiss. My sons, too young to get that I'm gay, can't be indulged in the annual immersive experience, showcasing my extended LGBTQ family's broad culture. We love rainbows.

However, unique opportunities are emerging. A genuine chance for our community to brighten and deepen Pride's rainbow colors is here. Thoughts on racism caused this realization.

Reading Alice Walker's "The Color Purple" early on shaped my view on blackness in America. If everyone read that book, they might "get it" too. A single book, though, can't fix all on its own. Ongoing education and discussion is required.

My friend, Sylvia Wilson, recently offered her Facebook page for childhood friends to share race experiences as youths. This eye-opening opportunity allowed for personal growth. I shared something that long troubled me.

Concisely, I didn't even realize that Wilson was black as a young child until one day someone wanted to touch her hair. It was deceptive, and I witnessed it. Subtly, I learned she was seen as "different."

Another friend, Marianne Villalobos, wisely opined my "growing up with Sylvia is undoubtedly typical ... illustrative (of) why children experiencing diversity is key."

Wilson saw "the change" happen in many neighborhood friends. Individually, kids "discovered" she was black. It's among myriad experiences black Americans endure. Being "white," I can barely imagine such scenarios. Not so acutely and pervasively, at least.

Living in Southern California today, she sees the "white gaze," especially in "white spaces," a regular at museums and fine restaurants. Being black in America seems a tiresome, taxing constant.

Talk of race matters presciently because it creates change. Lately, black friends have generously given ample amounts of their time.

What's Wilson's core issue? She can't be herself freely in public. Figuratively, she must wear a mask.

I thought of emotionally consumed Precious, a multiple mask-wearing protagonist. The identically-named film pointedly questions views on race. One character asks, "What color do you think I am?" The question ultimately falls on the audience. We're all part of larger communities.

It's the same fictionally in Walker's book, and for real deceased Floyd. American black freedom seems commonly elusive, publicly evident. It's true in our pseudo-egalitarian LGBTQ community too. So many people are openly masked.

Everyone's freedoms partially masked due to COVID-19, feelings of incompleteness are widespread. Masks are meant to be temporary though. This pandemic creates real breakthrough opportunities.

Out LGBTQ folk are quasi-advantaged today, having done necessary work by shedding a heavy mask in gaining greater acceptance; the coming out process required it. Being out is functionally ongoing, though, regularly encountering situations that are queerly unfamiliar and uncomfortable. Suffering extra intensely today are those who find themselves in the closet, permanently or temporarily.

Reframing core perceptions on race, Wilson offered it gently, pointedly as "bias." Using this word allows us to more closely identify. Everyone suffers from bias sometimes.

Experiencing bias numerously in minority statuses as gay and Jewish, I sometimes think in badges of pink triangles and yellow Stars of David. But unlike being black, I regularly "pass" to the unsuspecting or uninterested, accouterments of privilege bestowed. It's hyper-apparent lately with two children — via egg donor and two separate surrogates, to clarify.

Wide-moat bias is the core, but race plagues us abruptly now.

After USC law school, Wilson had her pick of many riches-making law firms, a widely-known perk of graduating from a well-connected institution. Instead, she chose a government job, serving underprivileged youth.

This career defining decision surprised many, including her mom, Odessa, a highly regarded former Modesto school board member and retired UC regent. Wilson's dad, Lure, didn't live to see her flourish in her career.

Why select such modest legal work?

Long on a rich path, but not being about financial riches, rather it was the richness of the work that drew her — helping many kids of color, but not in regard to their color.

Sociologically, race is a constructed category. Biologically, there's just one race. Queers vitally relate, philosophically as LGBTQ in a straight world, but it's not equally comparable.

Neither I nor straight ally Wilson know the depravity of intra-LGBTQ racism, but it's deep. Upfront glaring or lingering in the background, it's always a bad look. Bigotry and prejudice lurk in the shadows, overlooked and unnoticed until a bright light is directionally shined.

It's immediately incumbent to act swiftly. Starting introspectively, we can then appropriately root out racism when identifiable elsewhere. One can be pushed over when standing alone, but group consciousness causes cultural change.

Dealing with race is just a starting point. We have numerous "family" issues to confront out from our closets — ageism, body shaming, elitism, disabilities, and fully breaking down LGBTQIA hierarchical ranking initials.

Since coming out in the last millennium, I've endured the indignity of losing California Proposition 8 (stinging on the night our first black president was elected) and latent stigmas attached to HIV/AIDS.

Collectively, we prevail. Being out seems de rigueur now. Marriage equality prevailed federally in the Supreme Court. HIV/AIDS models for the current pandemic.

Renewed awareness of racism ultimately transcends any family community. Assailing bias honors all who've suffered from it. Addressing it primarily is a precursor for integrating richer diversity in Pride. Triangulating pretty in pink illumination, meaning in the color purple, and yellow stars, we're all queerly, materially rainbow.

Keith Highiet lives in Modesto, California with his two children. Along with his dad, he runs his family's 100-year-old scrap metal recycling business, Modesto Junk Co. In the early 2000s, he co-founded the local area's first LGBT community center, and remains active in the community in many ways.

Guest Opinion: SF has a powerful urge to care