Guest Opinion: My father went to Guadalcanal; I went to Virginia 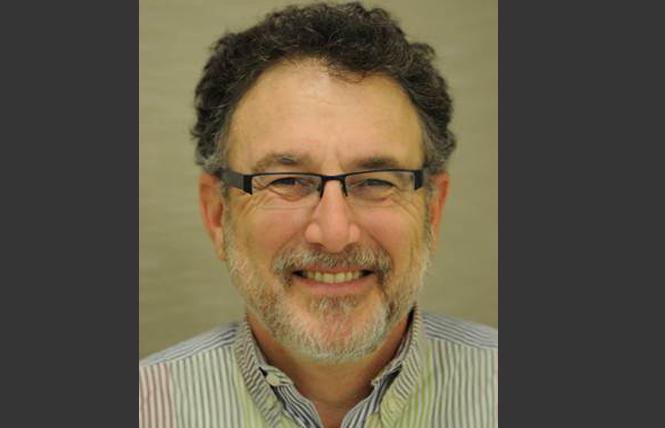 I grew up with my father's World War II stories of fighting on what I later learned was one of the important island battles across the Pacific: Guadalcanal. My father was clear he was not brave; he trained in radio and as an officer in an attempt to avoid being shot at. Nonetheless, he and his four brothers enlisted and fought in World War II, or the later Korean War.

I was reminded of my father last fall when I heard our congresswoman, House Speaker Nancy Pelosi (D-San Francisco), speak to our moment. She said, "We don't seek impeachment, but the times have found us." I believe the current political engagement is my generation's World War II, albeit much safer.

Along with many Californians, I engaged in that successful "battle" recently in Virginia. That was the only statewide election in the 2019 off-year elections to flip a state Legislature from red to blue. The addition of wins by Democrats for governor in Kentucky and Louisiana (re-elected) created a mini blue wave. The new Legislature will, among other things, determine congressional districts in "purple" Virginia for the next decade.

When I flew to Virginia November 1 with one San Francisco friend to knock on voters' doors, the Democratic challenger we walked for had four other legislative priorities he wanted us to stress: 1. For Virginia to pass the Equal Rights Amendment to the U.S. Constitution; 2. Reasonable gun regulation; 3. Protect women's right to choose; and 4. Statewide protection for LGBTQ people. This was in Virginia, which contained the Civil War Confederacy's own capital —Richmond — and the legislative district we walked included the Bull Run and Manassas Civil War battlefields. Those visits, along with the current politics of largely Southern-accented white male Republican Congressmen who voted against impeachment, confirms that the Civil War is very much unsettled in American history to this day. It further explains the backlash against Barack Obama's presidency.

We knocked on doors and learned about incredibly surprisingly diverse, modern American suburbs, filled with a high proportion of immigrants from East Asia, Vietnam, Korea, the Middle East, and elsewhere. It was a reminder of what America can truly be and is — a country enriched by people born elsewhere, speaking with different accents, but building common better futures, personally and communally. We were inspired by an East Indian woman who said that she couldn't yet vote because she was a green card holder, but would be applying for citizenship "to vote next year."

We succeeded in part because many people made phone calls to Virginia voters from San Francisco for www.demaction.us, http://www.sisterdistrict.org; http://www.swingleft.org, and our local http://www.resistry.net

People wrote postcards to Virginia and Louisiana voters at our Noe Valley Farmers Market (through ActionSF). It's the same way we flipped seven California congressional districts in the Central Valley in 2018 (that many of us had only driven through before) and in Orange County, which returned the House of Representatives speakership to Pelosi instead of the ever-feckless Republican, Paul Ryan. That difference clearly showed with Democratic Congressmen Jerry Nadler (New York) and Adam Schiff (California) responsibly and forcefully chairing their impeachment committees rather than Republican Devin Nunes (California). This was solely due to Democrats taking control of the House one year ago.

Volunteering our time in Virginia was a small sacrifice for us, but in a similar vein as the Civil War there, and as my father and so many other Americans fought in World War II and other times, it was to save our country, farm by farm, island by island, challenge by challenge. For our generation, it is purple districts and state election by election, and with far greater personal safety.

If you are interested in giving other than your time, these groups variously accept your dollars and air miles. Most importantly, give of yourself in any way. Channeling your anger and anxiety into action is far better than avoiding or stewing in it.

I'm so happy to be able to respond enthusiastically to our "Uncle Sam" moment. He also wants you, and you, and you (as Harvey Milk said), to fight in Texas and Arizona in January and continuing in Colorado, Ohio, and Maine, and elsewhere throughout 2020. I hope you join our brigades: the moment has once again met us. It's time for a 2020 New Year's resolution to get involved.

Organizing for America Berkeley and its phone bank coalition have developed a strategy for recruiting and organizing volunteers and building civic engagement capacity at a distance. For info, email susanne.ofaberkeley@gmail.com

Commit to Canvass Collective East Bay volunteers plan to fly to Arizona and Texas and elsewhere in 2020. For information, visit https://swingleft.org/p/swing-left-texas-HD28-gotv-week-of-action

The aforementioned Resistry.net connects you to local groups in San Francisco. Or email charlesspiegellaw@gmail.com