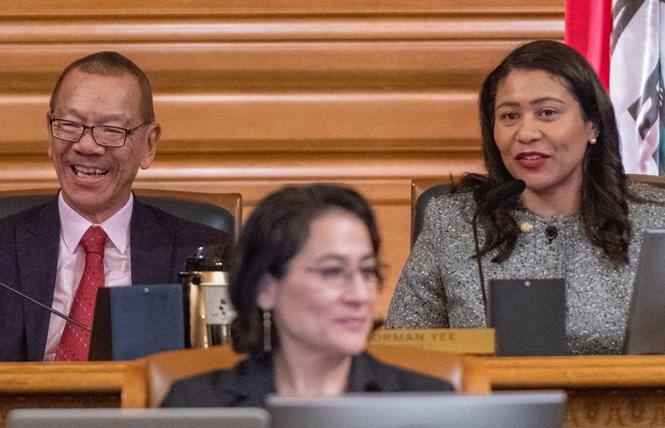 By a 7-4 vote, the San Francisco Board of Supervisors elected District 7 Supervisor Norman Yee its new president Tuesday after hearing hours of testimony from the public about who should be handed the gavel.

The outcome ended a monthslong battle for control of the board that grew particularly contentious, with District 9 Supervisor Hillary Ronen and her supporters decrying the sexist and misogynist comments made regarding her bid for the presidency. In the end, she received votes from new Supervisors Matt Haney (District 6), Gordon Mar (D4), and Shamann Walton (D10), along with her own vote.

Gay District 8 Supervisor Rafael Mandelman had expressed a desire to succeed former board president Malia Cohen, who was termed out of her District 10 seat and elected in November to the state Board of Equalization. But he was unable to secure the six votes needed to become president and threw his support behind Yee, who is termed off the board in 2020. 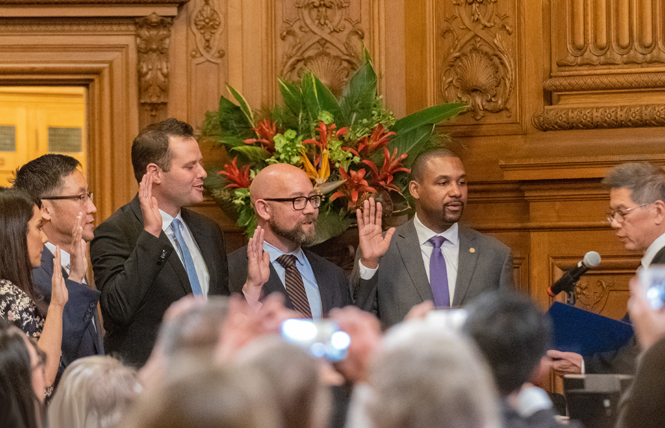 Following the initial vote, Mar asked for it to be rescinded so that the entire board could vote again in support of Yee. That vote, however, came to 10-1 with Ronen voting against.

Despite the pitched battle to be president, both Ronen and Yee pledged to work together going forward.

"Let's not worry about who is president. Let's support each other no matter who the president is," Yee said ahead of the vote.