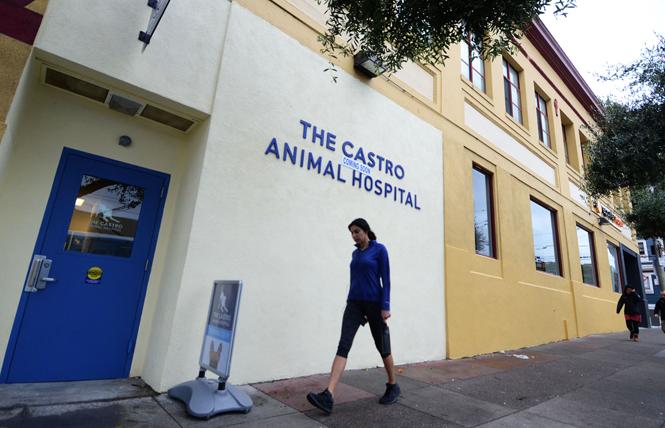 After years of being vacant, two new businesses are opening in the retail space of the building owned by Maitri Compassionate Care at Church Street and Duboce Avenue.

CorePower Yoga and the Castro Animal Hospital will occupy the ground floor of the building that houses Maitri's HIV/AIDS hospice facility, one of the only AIDS-specific residential care facilities in the state for underserved populations, according to its website.

Although the tenants aren't paying full rent yet, their businesses are expected to increase foot traffic in the area, strengthen the sustainability of Maitri, and for the animal hospital, fill a need for the large number of dog and cat owners in the area.

"We're very excited to have them in the community," Anne Gimbel, Maitri's executive director, told the Bay Area Reporter. "For us, it's a win-win situation. We haven't had tenants in four years, because of all kinds of reasons. They are extremely good tenants for the neighborhood."

Maitri formerly rented one of the spaces to the AIDS Healthcare Foundation's Magic Johnson Center, which vacated the spot in 2014. Out of the Closet, a thrift shop also run by AHF, exited in 2014 as well. As previously reported by the B.A.R., Maitri filed a lawsuit against AHF, claiming it did not pay its monthly rent of $25,185. The suit was settled out of court.

Prior to Gimbel's arrival, Maitri had also considered an offer from Sharper Future, a sex offender rehabilitation company, to lease the commercial space. But public outcry led the company to give up on the move.

Gimbel said there were a lot of reasons for the years-long vacancies.

"I think people might not have seen the future or didn't have the amount of money like CorePower to do the improvements needed. It was a matter of searching for the right tenant and that does take a while," said Gimbel, a straight ally who has been the executive director for a little over a year.

David Troup, a gay man who's land use committee chair of the Duboce Triangle Neighborhood Association, added that the spaces went vacant for a long period of time because its location is "challenging." Located near the Church Street Muni station, the corner has been afflicted with minor crime offenses, graffiti, and the loitering of homeless individuals, Troup noted.

"Having those spaces vacant certainly contributed to these problems," Troup said. "We're excited to have them filled and both businesses are going to be good additions to the neighborhoods."

The significant loss of rent for Maitri also made running the nonprofit more challenging, Gimbel said. Maitri relies on government support and corporate and private donors.

"We had a loss of income. We had to work harder. We had a couple years where we couldn't give raises. It's very difficult to live in San Francisco as a part-time nurse," Gimbel said.

After finding the right tenants Gimbel said Maitri has already made some improvements to the building including landscape maintenance, interior painting, new lighting, and some interior remodeling. The nonprofit, which is nationally recognized for its leadership in residential care for those living with HIV/AIDS, has 15 beds. It was founded in 1987 and moved to its current location in 1997.

Vet clinic
The owners of the Castro Animal Hospital, Dr. Sarah Inman and her husband, Shane O'Mara, are hopeful that the business will be successful. In the 2015 Castro & Upper Market Retail Strategy, residents identified a veterinary hospital as something they'd like to see in the city's gayborhood. O'Mara, who does strategy analysis for big companies, surveyed the city and found that the Castro and Duboce Triangle area was the most underserved in terms of animal care accessibility in a population with a high number of pet owners.

The full-service animal hospital, initially serving just cats and dogs, took almost a year to get up and running with lease negotiations and navigating the permit process, Inman said. It qualified for the city's new Community Business Priority Process Program (CB3P), which streamlined the process for its conditional use permit to about three to four months.

The hospital offers vaccinations, ultrasound, wellness, surgeries, and in-house lab testing. It does not offer overnight care, however. The former Sunset-area veterinarian said she plans to expand her team of four employees, including a gay man, once the business has more cash flow. 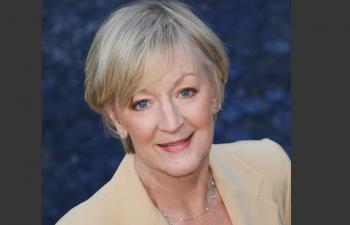 Starting a new business and seeing the uptick of empty storefronts throughout San Francisco is daunting, Inman said, but that she is hopeful.

Inman worked with DTNA, which supported her in the permit process. The association also wanted to see a business that could attract a lot of foot traffic. The hospital will also offer retail items for sale.

CorePower Yoga said it would open at the end of the month.

"We are grateful to the Castro community for welcoming us to the neighborhood, and are excited for locals to experience our intensely physical practice rooted in the mindfulness of yoga," Tyler Scheef, manager of the Duboce studio, wrote in an email.

"I think both businesses will get some good foot traffic for the corridor," Troup said. "People will come to shop or eat or do a little of both. Hopefully, there will be successful cross play between the businesses." He also believes the new businesses will help keep the area clean and mitigate crime and loitering.

The Castro is not the only district suffering from vacant storefronts throughout the city due in part to the rise of online retailers like Amazon. Troup said he would like to see more incentives for landlords to rent those spaces.

Last month San Francisco Supervisor Sandra Lee Fewer introduced legislation that will hold property owners more accountable for the rental of their properties. It requires empty storefronts to register with the Department of Building Inspection regardless of whether the property is for sale or lease. The legislation would also require building owners to pay the vacant storefront fee of $711 at the time of registration. If businesses don't register they face a fine upward of $2,000.

The Castro Animal Hospital is open from 8 a.m. to 6 p.m. on Monday, Tuesday, Thursday, and Friday, and 9 a.m. to 4 p.m. on Saturday. It's closed Wednesdays and Sundays.