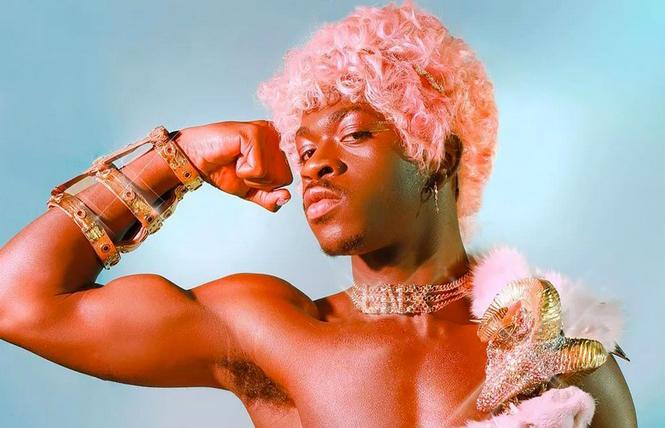 I was staying in my lane, minding my own business —fretting, now that I'm back to paying, whether to shoot my wad on Jonas Kaufmann's new Liszt Lieder platter or Ian Bostridge's even more daring all-Respighi CD— when along came Lil Nas X, strutting his out gay stuff with what the industry welcomed as his "debut album," Montero (Call Me By Your Name). Those magic words, 'debut album,' told me I just lost a weekend.

In the week before its release, all the individual tunes dropped in spellbinding —some called them explicit— music videos, remarkably still free for all to watch on YouTube. But it took the release of Montero to summon commentary from the industry big guns, breaking down all the magic and saying what it all meant.

After splainin' that the very idea of a debut album was outré, even passé, what was divulged, first and last, top and bottom in the trades, was that this genre-busting new gay icon was a "savvy digital trickster" (New York Times) and, behind it all, "a human being" (The New Yorker).

Those verdicts spared me wasted time Googling Lil Nas X's "real" name (Montero Lamar Hill; thanks, New Yorker fact checkers, and Lady Gaga) and took me straight —I mean directly— to the lyrics of all the Montero tunes, with their "gleefully queer" "revelations" (Times). They also excused my being less than an adept at rap by assuring me that neither was Lil Nas, strictly speaking.

Since the toothy grins and saucy moves of his 2019 video "Old Town Road," he has been kicking sand in the faces of everyone needing to pigeonhole him by genre. This was not, as advertised, country and western, or, by implication, rhythm and blues, but for sure it wasn't real rap. 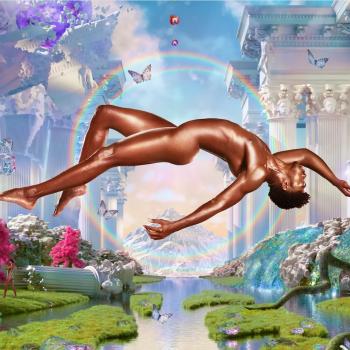 Meanwhile, during a pandemic that would have slain a lesser rising star, "Old Town Road" became "the longest-running No. 1 song in history" (Times again), and it wasn't just Lil Nas X laughing all the way to the bank. The video itself was, indisputably —you could say uproariously— funny, and it heralded the arrival of a genuine new voice.

By that I do not mean, or merely mean, a spokesperson for a new generation of out and proud queers. I mean a voice. No less an authority than Walter Legge, the last-century EMI producer who knew a thing or two about singers, decreed that "the sine qua non" of a great singing career is "an immediately recognizable vocal timber." Meet Lil Nas X, with the most distinctive voiceprint since Rufus Wainwright, who knows a thing or two about giving a career legs.

My personal method of conducting the Legge test is seeing whether I can hear the exact sound of "Mary Had a Little Lamb" as sung by the vocalist under question. I'm here to tell you: Lil Nas nails "Little Lamb."

I was not, prior to Montero, indifferent to the pillow-lipped pulchritude of the one-time manager of Nicki Minaj's Twitter fan account. Nor am I impervious to the now-22-year-old's barely pixilated nudity and borderline louche dance moves. But I think Lil Nas X gets far too little credit for that stinging, if gentle, sense of humor and that penetrating, if cooing, high baritone. Those are the things I mean by voice.

The layered pun of literally following Montero with "Call Me By Your Name" in the title of his new CD is, for me, cheeky genius — teased by Lil Nas's red-carpet run in three regal costumes at this year's post-pandemic Met Gala that just trounced the designer gym-suited Timothee Chalamet in the masculinity department. This, in my book, is real moniker management. And lest anyone miss the point, "Call Me By Your Name" is in the songster's lyrics.

I'm just spit-balling here, but I wager that Lil Nas has an eye to the big career, acutely aware that he's walking a tightrope strung between gay forebears as opposite as Frank Ocean and Jussie Smollett (the latter of whom, before an act of career self-immolation, gave notice of a Dionne Warwick-level talent).

I spot in Lil Nas X an almost Ocean-like studious avoidance of falsetto, a calling card for gay songsters of all races since forever and the core, as it were, of Smollett's sound.

The songs of Montero bristle with a sly self-awareness. He can only be serenading himself in "One of Me," when he spits the rhyme, "Tell me that you think you won't top your last creation / Word on the block is you fell off and I'm just sayin' / If it ain't Old Town Road, Lil Nas he ain't playin'."

The hazards of sudden fame surface in song after song. There's no missing the point of "Dolla Sign Slime," and it's "Industry Baby," whose video displays him dancing in the altogether, fronting a naked chorus line.

In the endearingly titled "Scoop" he salutes the body-consciousness at the tortured heart of the gay male and show business nexus:

He's already being hailed for exploring the darker sides of gay sexuality in the down-ticket songs on Montero, but there's a gentleness in them — the humor again? — you'll seek without finding in the tormented, hot-to-the-touch Ocean.

True, there's no "I Want To hold Your Hand" in the Lil Nas X canon to date, but at their most "universal," his tunes land and stick the landing:

"Need a boy who can cuddle with me all night / Keep me warm, love me long, be my sunlight / Tell me lies, we can argue, we can fight / Yeah, we did it before, but we'll do it tonight," he croons in "That's What I Want." "These days, I'm way too alone / And I'm known for giving love away, but / I want someone who love me / I need someone who needs me."