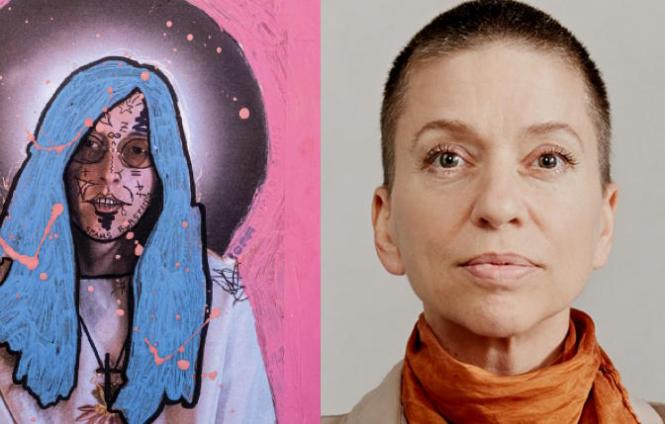 Lorenzo Wolff's 'Down Where the Valleys Are Low' - Ani DiFranco

If you watched Russell T. Davies devastating HBO Max series It's A Sin, you'll recall that each episode made fabulous use of period and vintage tunes. You may have also noticed the glaring absence of any songs by Frankie Goes to Hollywood, especially during the mid-1980s episodes.

Relax, you still have a chance to indulge in the delights of FGTH with the double LP 180-gram vinyl reissues of 1984's Welcome to the Pleasuredome and 1994's Bang!...The Greatest Hits of Frankie Goes to Hollywood (both on ZTT/UMC). The quintet, led by gay vocalists Holly Johnson and Paul Rutherford, had an in-your-face style (remember the kinky "official" music video for "Relax"?) that not only dealt with (queer) sexuality ("Relax"), but also politics ("Two Tribes").

Both of those songs were also dance-oriented making them a good fit for the club crowd. In addition to the original songs on ...Pleasuredome, FGTH got to show off its skills as interpreters with covers of the Edwin Starr hit single "War," Gerry and the Pacemakers' "Ferry Cross the Mersey," Bruce Springsteen's "Born to Run" and the Bacharach and David classic "Do You Know the Way to San Jose?"

Produced by the legendary Trevor Horn, whose distinctive and easily identified handiwork is all over the album —as you can hear on the title cut— these reissues are worthwhile for anyone longing for a nostalgic, yet timeless, experience, even if they weren't there the first time around.

Are there enough words, poetic or otherwise, to express the gratitude to the late gay poet Allen Ginsberg that he deserves? Almost 25 years after his death, and 65 years after the publication of his legendary (and controversial for the time), masterwork Howl, Ginsberg remains a source of inspiration for poets (just ask Denise Duhamel) and poetry aficionados.

Allen Ginsberg at Reed College: The First Recorded Reading of Howl & Other Poems (Omnivore) might be better retitled The First Partial Recorded Reading of Howl because a few minutes into the second section Ginsberg declares that he doesn't want to read anymore. To be fair, he had already conquered the epic first section, and it's definitely worth hearing him just get that far.

Additionally, Ginsberg's expression of concern for not wanting "to corrupt youth" as he reads the first line of "A Dream Record," is amusing considering what preceded it in poems such as "Epithalamion" (later published as "Love Poem on Theme by Walt Whitman") and "A Supermarket in California."

The title of AngelHeaded Hipster (BMG), the final various artists compilation by the late Hal Willner, is a reference to a line from Ginsberg's "Howl." Subtitled The Songs of Marc Bolan & T. Rex, the double-disc set not only honors T. Rex's 2020 Rock and Roll Hall of Fame induction, but also Willner's unparalleled skills as an organizer of a project such as this (previous Willner productions include Amarcord Nino Rota, a salute to the Fellini film composer, That's The Way I Feel Now: A Tribute to Thelonious Monk, Lost in the Stars: The Music of Kurt Weill and Stay Awake: Various Interpretations of Music from Vintage Disney Films). 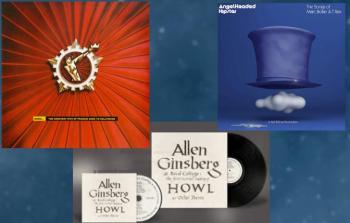 As with anything of this scope, 26 tracks, some performers have a better grasp of the material than others. Queer artists including Joan Jett ("Jeepster"), Marc Almond ("Teenage Dream"), John Cameron Mitchell ("Diamond Meadows"), Peaches ("Solid Gold, Easy Action"), Kesha ("Children of the Revolution"), and the recently out Maria McKee ("She Was Born To Be My Unicorn"/"Ride A White Swan") all come off without a hitch.

Bi icon Ani DiFranco's transformation from folk-punk goddess to R&B diva is nearing completion with her exceptional new album Revolutionary Love (Righteous Babe). With each of the six albums she has released since her relocation to New Orleans in 2005, DiFranco's sound has evolved to incorporate more of the influences of her adopted hometown.

This is never clearer than on the amazing title cut which brings classic blue-eyed soul into the 21st century. That soulful feeling continues on "Bad Dream" and "Contagious." She momentarily shifts musical gears on the political declaration of "Do Or Die" and the instrumental "Confluence," conjuring a Latin spirit. Experimental final track "Crocus," also deserves to be mentioned.

In recent years, the late bi singer/songwriter Judee Sill (1944-1979), the very definition of a cult act, has been rescued from obscurity. First, via the 2009 various artists album Crayon Angel: A Tribute to the Music of Judee Sill which featured performances by Final Fantasy (aka gay singer/songwriter Owen Pallett), Beth Orton, Ron Sexsmith, Meg Baird and Bill Callahan, to name a few.

On 2016's case/lang/veirs, the collaboration project by Neko Case, k.d. lang and Laura Veirs, Veirs paid homage to Sill in a song titled "Song For Judee."

Singer/multi-instrumentalist and producer Lorenzo Wolff began his Down Where the Valleys Are Low (StorySound) project in 2019 "as a test to see if Sill's songs could stand up to a more robust, aggressive production style." As it turns out, the answer is yes as you can hear on these seven distinct interpretations of Sill's work, including "Jesus Was A Cross Maker" (featuring Tony Award-winner Michael Cerveris), "The Kiss" (featuring Emily Holden), "The Pearl" (featuring Bartees Strange) and "There's A Rugged Road" (featuring Osei Essed).