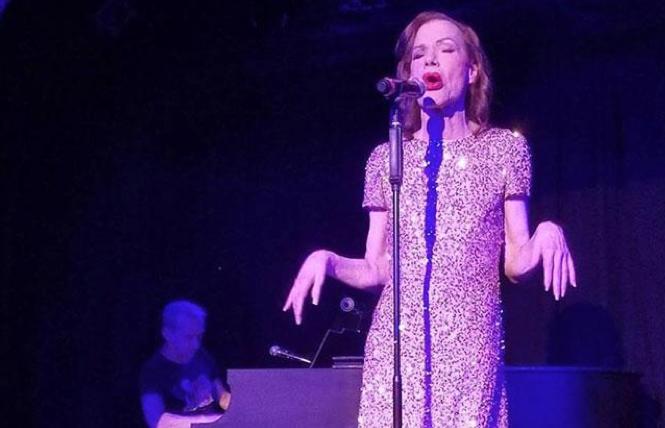 People expressed shock and sadness last week when it was announced on Facebook that transgender performer Bambi Lake had been diagnosed with cancer and was receiving treatment at Zuckerberg General Hospital. According to the post by her friend Birdie Bob Watt, who announced her passing on the evening of Nov. 4.

In a brief telephone interview with the Bay Area Reporter, Watt referred to Lake as "a trailblazer." Lake was 70.

Lake had also been a songwriter. In 1989 she wrote "The Golden Age of Hustlers," a slow, quiet, and haunting tune which recalls the Polk Street of long ago, when the neighborhood was still a gay enclave. It was a time when pretty young hustlers plied their trade up and down Polk Street, in search of men who would give them the money they needed to get a room for the night.

"It's a very layered song", Lake told the B.A.R. in a 2017 interview. "It's cautionary, it's confessional, it's a love song to a boyfriend I had. It's the tragedy of hustlers, and the glamour. It covers a lot of ground." 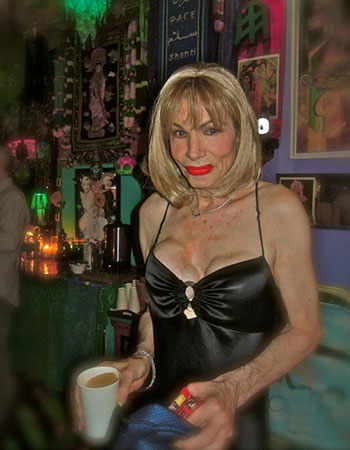 The song was adopted by award-winning performer Justin Vivian Bond, who stars in a music video of the song. Bond, a former San Francisco resident, has made the song a staple of her shows and has performed it all over the world.

"She's been inspirational to a lot of people as far as her ability to navigate her own path," Watt said of Lake. "Her growing up watching shows in Redwood City gave her the dreams to be like the stars she saw on the stage. She's always been channeling Garbo, Nico, Bowie. In telling her story she gave a lot of other people power, as well as giving power to herself."

"Bambi Lake is a true original," said D'Arcy Drollinger, owner of Oasis, the popular South of Market nightclub where Lake has performed. "Outspoken, outrageous, glamorous, prolific, but most of all unapologetic for living a truly authentic life. She has inspired so many in the queer and trans community; a fabulous songwriter and chanteuse. I have been a fan since I met her back in the '80s, when San Francisco was a very different place. I feel fortunate to have had her grace the stage at Oasis numerous times. We are sending her lots of love during this difficult time."

Lake had been frank and candid regarding her struggles with addiction and homelessness, and of surviving the AIDS pandemic. A few years back, she starred in Sticks and Stones: Bambi Lake in 2014, a short film by documentary filmmaker Silas Howard. The film included archival footage of several of Lake's shows and chronicled her various struggles over the years. Lake had performed in cabarets even during her time as a sex worker. 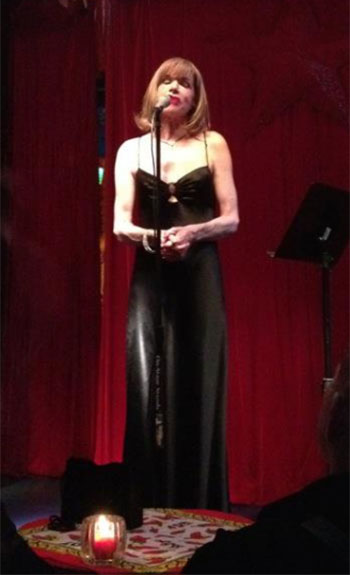 "Bambi Lake [was] a trans pioneer," said Dan Karkoska, who produced a number of shows with Lake, including The Golden Age of Bambi Lake, which was a sold-out hit at Oasis. "A punk poet, a chanteuse, a San Francisco legend. Starting with The Cockettes and the Angels of Light in the '70s through David Bowie glam and into L.A. punk shows doing Marlene Dietrich to the crowds before the shows. They loved her. In the 1990s, she reinvented herself, writing her autobiography The Unsinkable Bambi Lake and created her chanteuse personality in the cafes and clubs of San Francisco."

Karkoska recalled the wild applause and emotional response that Lake received at the Oasis show. This past January, Lake performed at the Cockettes Are Golden 50th Anniversary Show at the Victoria Theatre.

"Bambi [was] always easy to work with and enjoys getting up on that stage and performing," Karkoska said. "The audiences love her. Not only [was] she amazingly talented but she also represents San Francisco of the past. I am so sad to hear that she is not well."

"She loved the fact that when we did shows the younger people were as interested in the stories as those who knew them," said Watt.

[This article was updated on Nov. 4.]

Getting a Hedda - Drag comic & singer Hedda Lettuce at Oasis
Sign up!