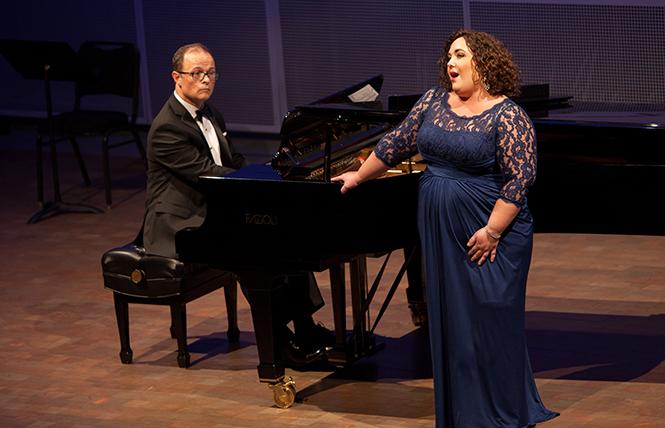 Recently returned from hiatus, Music Director Michael Tilson Thomas joined with the San Francisco Symphony for a busy two weeks of concerts at Davies Symphony Hall that included live recordings for future digital release and some rousing dress rehearsals of selections scheduled in the current tour of California with violinist Gil Shaham. Oh yeah, they squeezed in a world premiere, too.

Commissioned by MTT and the SFS with support from the Phyllis C. Wattis Fund for New Works of Music, Charles Wuorinen's "Sudden Changes" was also performed in celebration of the composer's 80th birthday. We remember Wuorinen as SFS Composer-in Residence from 1985-89. His many honors include a 1986 MacArthur Foundation Fellowship and the Pulitzer Prize in Music. Partnerships with contemporary authors have produced high-profile operas, including "Brokeback Mountain," based on the famous short story by Annie Proulx, waggishly dubbed "Like a 12-tone Cowboy," and a collaboration with Salman Rushdie, setting the fairy-tale-like novel "Haroun and the Sea of Stories" to a libretto by English poet James Fenton. 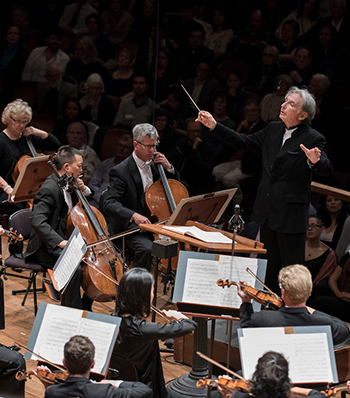 Wuorinen describes "Sudden Changes" as "a light-hearted overture" using fragments from "Haroun" to make a brisk single movement of about 15 minutes. Grinning mischievously from ear to ear, MTT introduced the new work as confirmation of the composer's uncompromising integrity. They have been friends for a very long time. Wuorinen hit his milestone birthday with a relatively accessible work that shimmers, shakes and ingratiates, but retains a characteristic refusal to yield itself too simply. Fun, fast and aptly titled, "Sudden Changes" met expectations and merits future hearings.

The rest of the concert included a breathtaking traversal of Prokofiev's Piano Concerto No. 3 by Uzbek wunderkind Behzod Abduraimov, making his spectacular SFS debut, but all was eclipsed by a massive reading of Aaron Copland's Third Symphony (1946) on the second half.

Populist in a good way, the Third is the piece featuring the forever-stirring "Fanfare for the Common Man," borrowed by the composer from himself, and expanded to introduce the final movement. The performance was being recorded for future release, and the orchestra responded with unbridled and very loud enthusiasm. The Third is a good example of Copland's spirit of American optimism. Not especially subtle, but we can certainly use a reminder of more positive patriotism these days.

Last week, maestro and musicians performed the complete concert bill of the California tour. Gil Shaham is always a welcome guest artist, and his sensitive touch is perfectly suited to Alban Berg's gently moving Violin Concerto (1935). It served as a lyrical and contemplative opening for the intelligently planned concert. It, too, was recorded live.

A return to Mahler's exciting Symphony No. 5 proved MTT never ceases probing the wondrous mysteries of the composer's symphonies, and the Orchestra has been honed to an extraordinary degree of cooperation. The famous Adagietto has been integrated with less sentimentality but still evokes a misty sense of longing, and Principal Trumpet Mark Inouye added immeasurably to the thrill factor, with Robert Ward and the horn section guaranteeing standing ovations on the tour.

The vocal arts were given their due last week in an intimate evening with soprano Toni Marie Palmertree at the Taube Atrium Theater in the second concert of the Schwabacher Recital Series, presented by San Francisco Opera Center and Merola Opera Program. Palmertree was a break-out artist in the Merola Program, and her time as an Adler Fellow brought her to a triumph at SFO as tragic Liu in Puccini's "Turandot." Her big, limpid sound filled the War Memorial Opera House with ease, and her exquisite pianissimo earned audience cheers.

At the outset of her smaller-scaled recent concert, she won admiration for startlingly true pitch in some tricky songs by Benjamin Britten (poems by W.H. Auden) and the beautiful Three Poems of Fiona MacLeod by Charles Griffes. After intermission, the gifted young singer was fully warmed up, and brought back memories of past performances with a fresh insight to her current focus. She can bring her voice down to caress an art song and still convey a rich tone of emotional involvement.

With fine support at the piano by Mark Morash and some pleasing contributions from clarinetist Jose Gonzalez Granero, Toni Marie charmed new listeners and confirmed the good taste of everyone who sat up and said, "Who's that Girl?" back when she was a promising Merolina.