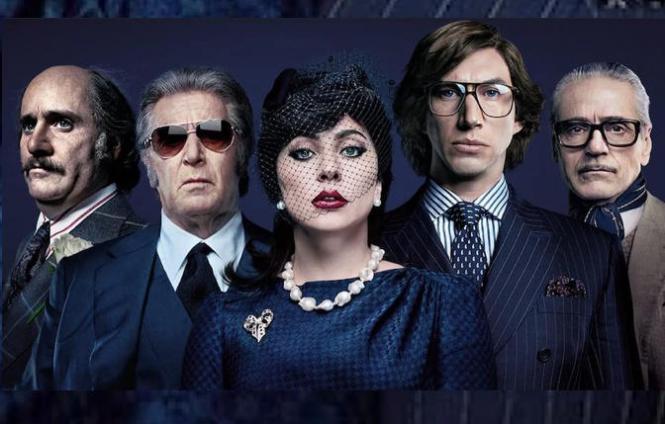 The cast of 'House of Gucci'

"Happy families are all alike; every unhappy family is unhappy in its own way," wrote Leo Tolstoy in Anna Karenina, though even he might have been shocked by the antics of the Guccis. The Italian fashion dynasty are the stars of the new Ridley Scott film House of Gucci, based on the Sara Gay Forden nonfiction book. Heralded as one of the best movies of 2021, it is decidedly not that, though neither is it a disaster.

Envisioning itself as a baroque Italian opera, it instead resembles a trashy tabloid soap akin to Dynasty in the 1980s, produced on a gorgeous elegant visual canvas with flashy costumes. The Gucci story is one of glitz, glamour, greed, and intrigue, a chronicle of the rise, decline, and near miraculous resurgence of the multi-generational Italian luxury label. The film is a wild adventure reflecting the temperamental roller coaster of its subjects, that manages to be entertaining for two-thirds of its far too-lengthy 2-hour 38-minute run time.

Famiglia fatale
The story begins in the late 1970s when the beautiful, aggressive, and ambitious Patrizia Reggiani (Lady Gaga) seduces the nerdy Maurizio Gucci (Adam Driver), scion of father Rodolfo (Jeremy Irons) one of the two powerful overseers of the Gucci empire, along with his wily fraudulent brother Aldo (Al Pacino). But Maurizio would rather study law than take his place as heir of the global fashion empire. Against his father's wishes, he marries Patrizia. Uncle Aldo realizes he has an ally in the cunning, manipulative Patrizia and together they convince Maurizio to join the company. 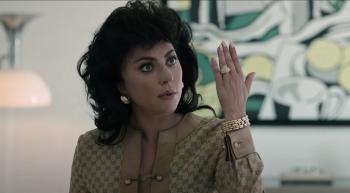 Lady Gaga as Patrizia Gucci in 'House of Gucci'

Meanwhile, Aldo son's Paolo (an unrecognizable Jared Leto) who imagines himself a fashion designer, resents Maurizio's intrusion. After Rodolfo dies and leaves half of his fortune to Maurizio, Patrizia goads him into staging a coup to seize control of the business, turning the family against each other. They scheme to convince Paolo to sell his shares in the company after Aldo is sent to prison for tax evasion.

Maurizio rescues the declining Gucci name by hiring the up-and-coming gay American designer Tom Ford (Reeve Carney), whose success revives the company's reputation. However, Maurizio is facing a power struggle with his investors trying to wrest control of the fashion empire from the Gucci family. Patrizia, slowly engulfed in a raging madness, concocts a ruinous, murderous retribution.

Godfather figures
Even from this summary plot description, you wouldn't be mistaken to detect a Godfather vibe here. Maurizio's journey resembles that of Michael Corleone with that fatalistic sense of doom as he gets entangled in the family business. Of course, there's the Corleone reminder in the presence of Al Pacino, the original Michael. Paolo could be likened to the weak-minded Fredo, the black sheep of the family.

Finally, Rodolfo's look and staccato voice mimics Marlon Brando, not to mention all the family betrayal and backstabbing dynamics mirroring the Mafia. If only House of Gucci was as good as The Godfather.

The film would seem to be a candidate for the camp Hall of Fame with some fabulous one-liners including Patrizia shouting, "It's time to take out the trash," referring to Aldo and Paulo.

Jeremy Irons has two acerbic put-downs, one about Paolo's mediocre talent and the other essentially calling Patrizia a whore ("Fuck her, but don't marry her"). Then there's Aldo's cruel assessment of Paolo: "My son's an idiot, but he's my idiot." The dilemma is a dearth number of those funny lines especially as the film progresses and takes a sharp dark turn.

Lady Gaga is the chief scene-chewer, hamming it up, initially charming but eventually terrifying as she becomes quasi-psychotic in her ambitions. One is never quite sure if she's a gold digger or if she really did love Maurizio while still trying to improve her station in life.

She's campy and provides most of the energy for most of the movie. However, her ferocious performance inadvertently undermines the film when, in the last third, she is virtually absent as the story arc centers around Maurizio. House of Gucci sags when Gaga is off-screen.

Scene-stealers
The other star act is Jared Leto who consumes every morsel of this very tricky role, including one scene where he pees on an expensive Gucci scarf. His character is cartoonish and goofy, yet Leto beautifully portrays the tragic humor and sadness of who Paolo was, capturing his desperation to be liked and appreciated. Driver (more internal and restrained than his usual blustering roles) and Pacino (with his trademark intensity) are fine, but are overshadowed by Gaga and Leto. 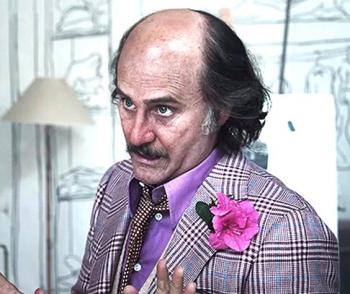 Jared Leto in 'House of Gucci'

The film will be divisive, as some will love the messiness while others (especially critics) will see it as melodramatic and overwrought. The last third of the film is problematic because it feels rushed, as if director Ridley Scott realized the movie is too long and wants to skip ahead to the final scenes to wrap up the narrative. Unfortunately, the plot to kill Maurizio and its aftermath should be the most intriguing part yet it's not, and feels almost like an afterthought.

From a queer perspective, more time devoted to the Tom Ford angle would have been appreciated and could have amped up the camp quota lacking in the finale. Despite all these qualms, the film effectively conveys how the destruction of Gucci came from inside the family, that ultimately they had no one to blame for their downfall but themselves, having betrayed and manipulated each other for money and status.

House of Gucci is a mixed bag, but a bag made by Gucci always has value. Enjoy it as long as you curtail your expectations.