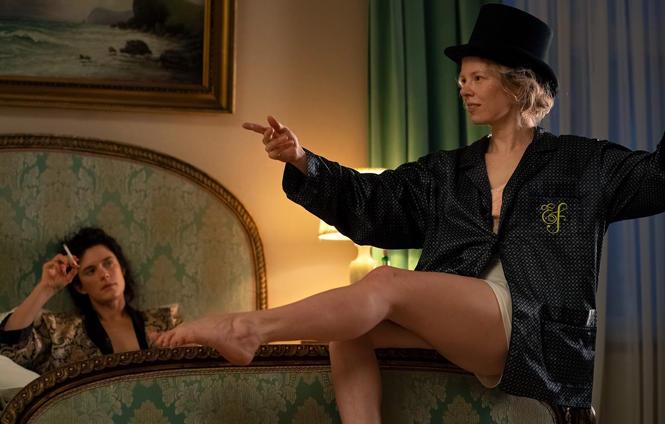 a scene from 'Tove,' part of the SF Film festival.

SFFilm is making big changes to accommodate the pandemic for its 64th Annual San Francisco International Film Festival to be held from April 9 through 18 that will include primarily online streaming but some in-person events at the Fort Mason Flix drive-in theater.

Screenings are being opened up for filmgoers from across the country. There will be new ways for audiences to connect digitally with artists and other festival-attendees through the 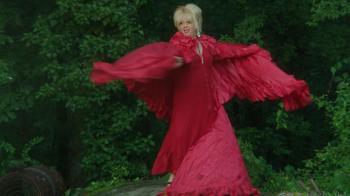 The other competing story is Bo who is gay, and idolizes both Sharon and John, though once Sharon realizes he's following the same mincing footsteps as John, she cuts him off. Bo with his shaggy beard, powder blue suit, flowery Hawaiian shirt, and ubiquitous Virginia Slims cigarette dangling from his mouth, acts as narrator and commentator. In his lyrical observations constantly breaking into the fourth wall (too many times), he resembles Tennessee Williams, though in his final declining years.

The family background and power dynamics are insubstantially not compelling enough to support all the experimental puffery, though enlisting queer male actor Chuck Duck to play Sharon is inspired in its unflattering but painstaking hilarity. Meanwhile, the most fascinating and central character on which Socks rest, is Uncle John and his travails are largely sidelined. We want to hear more how he survived and ultimately triumphed over the bigotry of his era.

It's a wasteful shame because some of McGuire's musings are poetic (i.e. What do you do with the parts of you they don't want to see?...Sift through the ashes you come from and breathe them back to life) and a few of the interviewees are intriguing eccentrics from whom you'd like to hear more. While technically this is a well-made rare film about queer Southerners, Socks doesn't succeed in moving its audience emotionally and the movie nearly collapses under its own weight of insignificance and avant-garde trickery.

She-roine Seyran
If you are in the market for an LGBTQ hero for 2021, we propose Seyran Ates, the subject of a new documentary Sex, Revolution, and Islam having its North American premiere at the festival. "Ugly disgusting whore. You should be stabbed old bitch. You're a traitor to your country," are some of the email messages along with more than one hundred death threats, Ates receives for her work as a courageous, fearless human rights activist.

A bisexual, Muslim feminist lawyer, born in Turkey living in Germany, Ates' mission is to start a sexual revolution in Islam, by which she means gender equality and diversity. She has an Egyptian fatwa on her head so since 2006 she's received around-the-clock police protection. 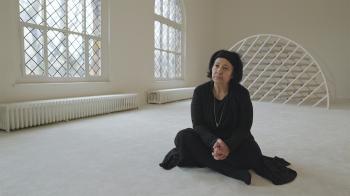 Ates claims not to be fighting against Islam, but patriarchy. She's the founder of the first liberal Ibn Ruschd-Goethe mosque in Berlin where men and women are treated equally, not segregated, and they're welcoming to the LGBTQ community. Ates serves as the female imam. Her gay nephew, whom she helped counsel away from extremism after his father died, is her assistant.

This engrossing documentary, which is a lengthy interview about her personal and ideological struggle for the modernization of Islam. She travels around Europe visiting sites of extreme Islam terrorism apologizing on behalf of her religion to survivors and victim's family members. She advocates on behalf of sex workers in a German brothel and journeys to China to listen to Uyghur LGBTQ youth, among her numerous attempts at dialogue. She wonders why so many people are full of hate, a very relevant question in our own nation.

Ates is a gem and the film is a love letter, but you will leave feeling better about the world knowing she exists and is trying to reform Islam despite savage criticism. A minor drawback is that there is no mention about her sexuality, her coming out, or any relationships she's previously had or has now, perhaps out of fear such a public admission might spur more death threats or a possible assassination (she was shot and seriously wounded in 1984). Regardless, stream this uplifting winner.

Finnish Bohemian
Tove is a mixed bag. It's a conventional biographical film on a nonconformist bohemian, Tove Jansson, a Swedish-speaking Finnish illustrator, painter, novelist, and comic strip author. She created the world-famous Moomins children's books about an adorable family of trolls with large snouts that resemble hippopatomi, based on her own life and artistic family. Her father was a renowned sculptor and her mother a graphic designer and illustrator. Her father urged her to paint and sneered at her cartoon drawings, not considering them art.

The movie focuses on two primary relationships in her early years: Atos Wirtanen, a married Parliament member and later a political philosopher, who after his divorce was briefly engaged to Tove, and a secret love affair with Vivica Bandler, the married wealthy daughter of the local mayor and a theater director.

However, Vivica couldn't commit to her (or anyone) and had liaisons with many women which upset Tove. Although the romance fizzled, they collaborated together on a series of Moomin-themed children plays in the early 1950s that brought Tove's characters fame throughout the country leading to best-selling collections of her strips. In the mid-1950s Tove met Tuulikki, her lifelong partner, with whom she remained until her death in 2001.

Alma Poysti is marvelous as Tove and injects much-needed life into a rather slow-moving production. Tove could have used some of Socks' experimental techniques especially animation of her Moomin creations. Those figures seem delightful but we hardly get to see them or learn why they appealed to the Finnish people.

Another serious drawback is Vivica's poor character development, so we don't understand why she remains so aloof and couldn't return Tove's love. Tuulikki is almost an afterthought, appearing in barely five minutes toward the movie's conclusion, so we've no idea why she connected so beautifully with Tove for so long.

Tove as the irrepressible multi-talented free spirit deserves a better film, but it is a serviceable testament about an unforgettable artist. A one minute video clip of the real-life elderly Tove dancing on the beach shown during the credits, has more spark to it than the entire film.

A Girl Like That
There's no lack of fire in the extraordinary documentary, Rita Moreno: Just A Girl Who Decided To Go For It. Just in time to commemorate Moreno's upcoming 90th birthday, she's the quintessential Hollywood survivor and ultimate diva. The LGBTQ community, whom she has always fervently supported, has adored her for decades. 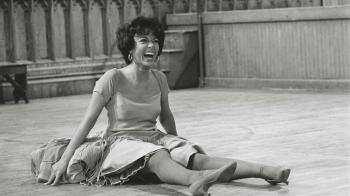 Rita moreno on the set of 'West Side Story' in the documentary Rita Moreno: Just A Girl Who Decided To Go For It'

Born in Puerto Rico, this natural-born performer arrived in NYC at age 5 with her mother. Wanting to be a movie star, she was only given dark-skinned native girl roles, laughably adopting the same universal ethnic voice regardless of the women's nationality. Her Oscar-winning performance as Anita in West Side Story (1961) regrettably didn't lead to better roles.

Raped by her agent, she thought so little of herself, she still allowed him to represent her. She had a disastrous on/off again eight-year affair with Marlon Brando. When she became pregnant, he arranged for her abortion, which later led to a suicide attempt. Therapy saved her life, as she finally found value in herself.

Being a cast member of the PBS children's series The Electric Company restored her livelihood, as did her Tony award-winning performance as Googi Gomez in the gay bathhouse farce The Ritz, written by Terence McNally, later filmed and beloved by older gay men.

She's the only LatinX EGOT (Emmy, Grammy, Oscar, and Tony) winner in a career chock full of peaks and valleys. She's back on top with her current hilarious Cuban-American matriarch in the Norman Lear Netflix/Pop remake of the sitcom One Day at a Time and as executive producer of Spielberg's upcoming remake of West Side Story.

Primarily a revealing interview about her life (including her 45-year unfulfilling marriage to a doctor, and her intrepid social activism) interspersed with video clips, her honesty is refreshing and admirable. In her old age, finally receiving long overdue recognition, Moreno's been a boundary breaker and an inspiring mentor to other LatinX performers such as Lin Manuel Miranda, Eva Longoria, and director Tony Taccone who rightly sing her praises.

Moreno's an American treasure and Just A Girl is a fabulous tribute to her embodiment of the American dream, but also serves as a critique of the obstacles and bigotry that prevented her from becoming the superstar she should have been. This film will appear later this year on PBS's American Master series, but is so remarkably life-enhancing, it's worth watching now and then seeing it again on television. Unmissable under any circumstances.

Also, Dance
Dance of the 41, a fictional Mexican film based on real life events, wasn't available for screening. It portrays the events leading up to the illegal 1901 police raid of a private party of gay men, half of whom were dressed in drag, including the married son-in-law of the then President of Mexico. The scandal had a huge impact on Mexican culture, as it was the first time Mexican press discussed homosexuality publicly. It will have its US premiere at the Festival. 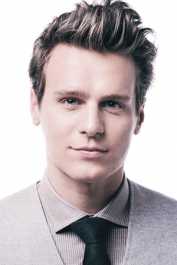