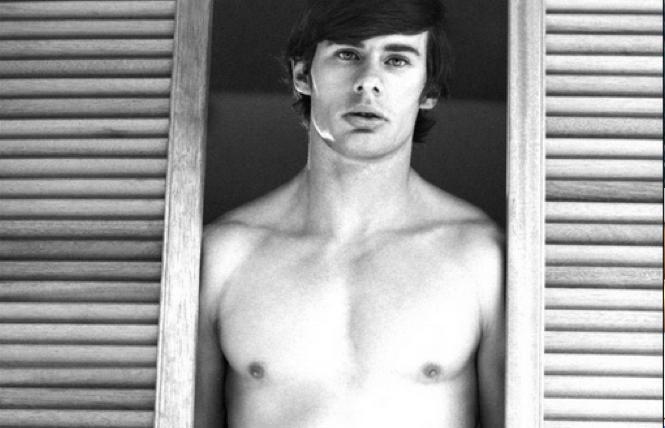 Bill Eld (1945-1986) is not well remembered today, but long ago he was a popular model in gay magazines and adult films. Eld's career began in 1970, just a year after Stonewall. It was a time when being gay was not considered acceptable by the majority of mainstream society, yet Eld unashamedly shed his clothes and had sex with men on camera.

Ross serves as onscreen host and narrator as he shares the story of Eld's life. Ross did his homework. He connected with a nephew of Eld's, who gave his blessing to the production.

"He loved it," Ross said of the nephew in an email interview. "We connected when I made Toby Ross and the '70s and stayed in touch. He is really into his own family tree and takes pride in studying it."

Early in the film Ross talks to the nephew on the phone. The nephew offers some background information on Eld's family and his childhood, which humanizes him. He becomes a real person, not just a nude model.

During one lengthy clip, Eld and his scene partner don't just have sex. They spend some time getting to know each other, and they smile. They act like real people and look like they're enjoying the sex. This further humanizes Eld. 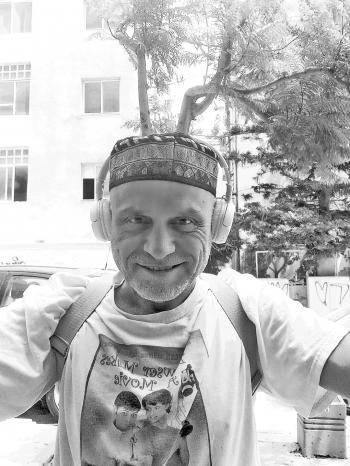 Further into the film, Ross shows a photo of a fully-clothed Eld standing in front of a building. It's a beautiful shot that could have appeared in a fashion magazine and it underscores the magnitude of Eld's beauty.

Ross' love for his subject seems to shine through as he continues telling the tale of Eld's rise and fall. He tells the truth. He does not shy away from the ugly side of Eld's life; his half-hearted attempts to find employment outside of performing, and his descent into drugs. Eld ultimately emerges as a tragic figure.

"It's not that I loved the person so much," Ross said in his email interview. "He was difficult and unreachable, but it's that I was head over heels in love with the legend. Do you get the difference? I also love stardom to the abyss stories a la Barbara Payton, and Bill is the quintessential prototype for this metaphor. No matter how great you are or how sexy you look, if your drug habit is out of control you have bought a one-way ticket for the train on its way to Loserville. It almost happened to me."

Ross is not the only person in the film who addresses the audience. Others who knew Eld, such as photographer John Michael Cox, also share their memories. Cox photographed Eld for a magazine, and during the shoot Eld claimed to be a married straight man. Cox recalls seeing Eld at an adult theater sometime later working as a janitor and remarks about how depressing this was. The star was on a downward spiral.

Ross wants people to know that Eld was very much a star. He spoke of what he hopes people will take from the film.

"The idea that in his own way he was an icon a 'la Marilyn Monroe and Elvis not just a gay icon a 'la Al Parker," Ross said. "He transcends the gay frame."