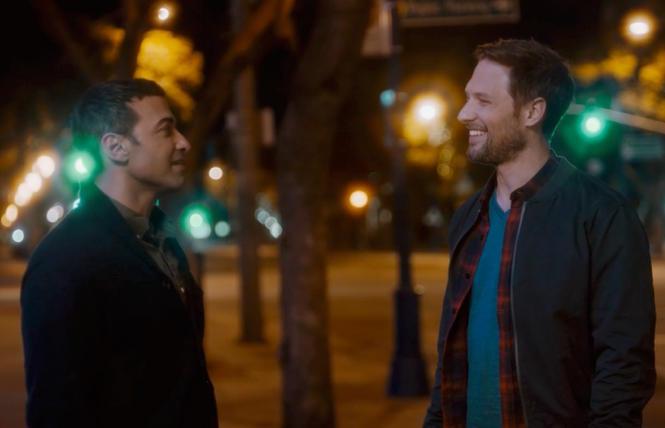 In Mike Mosallam's affectionate Ramadan rom-com Breaking Fast (Vertical), Mo (out actor Haaz Sleiman) is a devout, disciplined Muslim doctor who has reconciled his religious dedication with his queer sexuality. Of course, it helps that his parents love and accept him unconditionally. We know this because Mo's longtime partner Hassan (Patrick Sabongui) is present at the family's nightly breaking of the fast (iftar) during Ramadan.

However, it is at an iftar that Mo and Hassan's relationship reaches its tragic conclusion. Threatened with being outed to his father by a religious cousin, Hassan breaks up with Mo, deciding to marry a woman and start a family to honor his father. Naturally, Mo is devastated.

But Mo's over-the-top friend Sam (Amin El Gamal) can't stand to see his best friend sad and single. At Sam's birthday party (during Ramadan one year later), he arranges a match for Mo with actor Kal (Michael Cassidy), a good friend of Sam's boyfriend John (Christopher J. Hanke). When Sam occasionally slips in a remark to Mo in Arabic, they are surprised when Kal replies in the same language (he learned Arabic as a kid when his dad was stationed in Jordan).

Mo and Kal's witty and warm getting-acquainted sequence occurs as they stroll along Santa Monica Boulevard in West Hollywood after sneaking away from Sam's party. It's a wonderful segment and you can sense a growing attraction between the two men.

Kal, named Kal-El by his Superman-fan father, couldn't be any more different than Hassan if he tried. Flirty, funny, affectionate, hot and smart, Kal is the complete package. And he can cook, too, as Mo learns when they break the fast together each night during Ramadan. 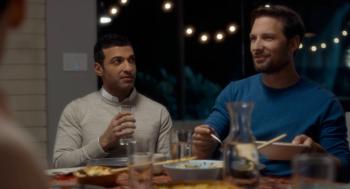 Just as things were going smoothly between Mo and Kal, even holding hands in a drive-thru car wash, a series of small eruptions threatens the relationship before it can begin in earnest. Mo accompanies Sam to the funeral of his uncle and while there, Sam's cousin Muna (Aline Elasmar) spills the T about Hassan. It seems that he came out and is divorcing his wife. Meanwhile Mo, who has been keeping his budding relationship with Kal under wraps, lets it slip to Sam.

Kal, who got the part for which he was auditioning (and had rehearsed with Mo), wants to celebrate with Mo. Kal surprises Mo by taking him to a screening of the first Christopher Reeve Superman movie (Mo's a fan, too). As they are leaving, they have an encounter with Judy (Veronica Cartwright), Kal's father's second wife.

Because his family dynamic was so different from Mo's, Kal hadn't told him much. But now that the opportunity has presented itself, he begins to share the details.

Things really go off the rails when Sam and John crash iftar at Mo's. A heated argument erupts because, as Kal later says, Mo invalidates Sam's experiences and fears regarding Islam because they are so different from his own. Mo and Kal have it out and it looks like it's over between them.

But remember, this is a rom-com, and a non-traditional one at that. Like most rom-coms, there is a hard-won kiss and you know what comes after that. All in all, Breaking Fast is an appetizing movie, with Sleiman's authentic performance as the centerpiece. Rating: B 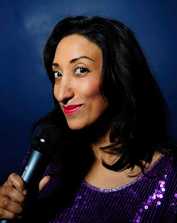